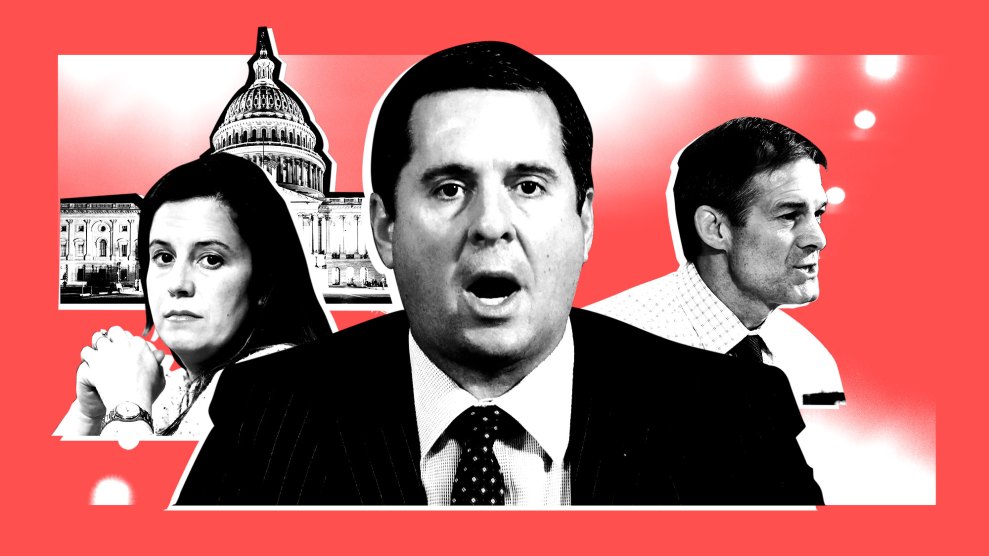 It’s a weekend, but the newspaper are full of news. Let’s round it up. The Washington Post reports that a top aide to Devin Nunes was in frequent contact with Trump thug Lev Parnas:

The text messages between Lev Parnas, who functioned as Rudolph W. Giuliani’s emissary to Ukrainian officials, and Derek Harvey, an aide to Rep. Devin Nunes, the ranking Republican on the House Intelligence Committee, indicate Nunes’s office was aware of the operation at the heart of impeachment proceedings against the president — and sought to use the information Parnas was gathering.

….Records that the House Democrats released in December first showed calls between Parnas and Nunes. At the time, Nunes said he couldn’t remember speaking with Parnas. On Thursday, Nunes told Fox News that he had reviewed his records, which refreshed his memory of having one conversation.

Uh huh. There aren’t a lot of politicians in Washington that I truly loathe. I mostly figure politics is politics, and what do you expect? But Nunes is in a class by himself. I really and truly hope he comes to a richly deserved bad end somehow.

The New York Times reports that Hoan Ton-That, CEO of Clearview ID, has brought facial recognition to the same stage as fingerprint ID or DNA testing:

His tiny company, Clearview AI, devised a groundbreaking facial recognition app. You take a picture of a person, upload it and get to see public photos of that person, along with links to where those photos appeared. The system — whose backbone is a database of more than three billion images that Clearview claims to have scraped from Facebook, YouTube, Venmo and millions of other websites — goes far beyond anything ever constructed by the United States government or Silicon Valley giants.

….Without public scrutiny, more than 600 law enforcement agencies have started using Clearview in the past year, according to the company, which declined to provide a list. The computer code underlying its app, analyzed by The New York Times, includes programming language to pair it with augmented-reality glasses; users would potentially be able to identify every person they saw. The tool could identify activists at a protest or an attractive stranger on the subway, revealing not just their names but where they lived, what they did and whom they knew.

I am supposed to be outraged by this, but I can’t bring myself to be. I’m only surprised it’s taken this long. In the end, I’m still a Brinite, even though David Brin himself isn’t. I basically believe that privacy is dead; there’s nothing much we can do about it; so we might as well get used to it.

Elsewhere, the National Archives blurred some signs in a photo they exhibited. Some random conductor on an Amtrak train asked a passenger to move for no apparent reason, but it turns out the passenger was president and director-counsel of the NAACP Legal Defense and Educational Fund. So naturally this is a front-page story. A bunch of LA teachers are in a rage after a Delta pilot with engine trouble dumped fuel and splattered a school, which was sort of disgusting but almost certainly not harmful. I couldn’t care less about any of these stories.