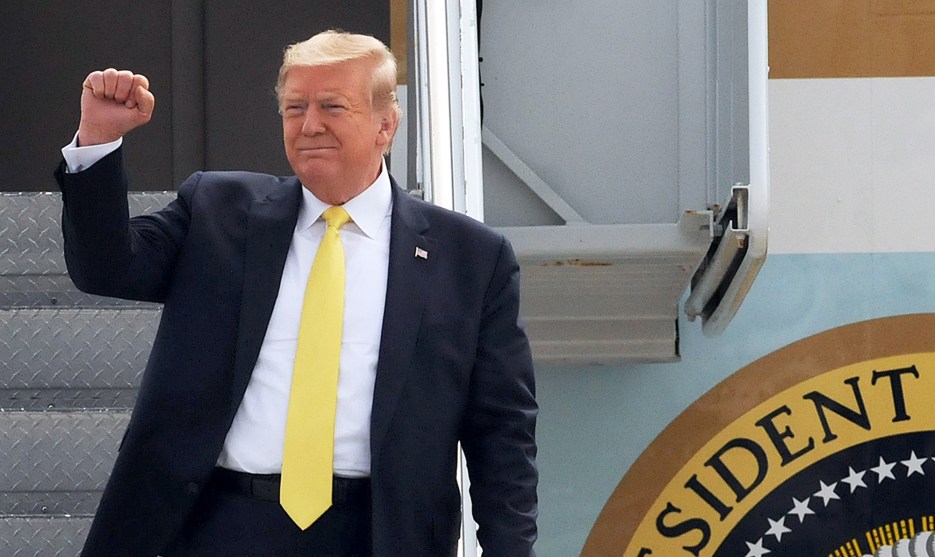 Why is President Trump so obsessive about insisting that the coronavirus is no big deal, everything is under control, no worries, etc.? It seems self defeating. Obviously the virus is going to do what it does regardless of what he says, and Trump’s Pollyanna routine is just going to make him seem ever further out of touch the worse things get.

Maybe. But I have another theory. This is not something that I believe Trump has thought through, but something that he’s adduced via pure, subconscious animal cunning, of which he is well endowed. Here it is:

All that matters is setting expectations. Ronald Reagan said over and over that lower taxes would bring the economy out of recession, so when the economy did finally rebound in 1984 it was low taxes that got the credit. The three previous years were all forgotten.

Likewise, what matters now is telling people that everything is OK; there are lots of test kits available; the death rate will be low; and Democrats are just a bunch of worrywarts. Eventually, when the coronavirus epidemic ebbs out, Trump will take credit for being right all along and the previous few months will be forgotten. By fall, Trump will seem like the bearer of comfort and relief while Democrats will seem like a bunch of partisan crybabies screeching that the sky is falling.

You will, of course, note that this is a completely sociopathic attitude. It assumes that Trump cares only about his own political future, not about containing damage from the coronavirus itself. The fact that his rosy nonsense might actually get more people killed either never occurs to him or else he just doesn’t care.

If this is how Trump thinks, there’s no upside to being a pessimist. It doesn’t distinguish him from anyone else and it makes him unpopular since no one likes being constantly lectured about not going to movies, always washing your hands, taking care of grampa, and so forth. From a purely cynical political point of view, Trump’s attitude is almost all upside and virtually no downside.

NOTE: Of course, Trump’s approach will fail miserably if the coronavirus mutates and turns into a scourge that wipes out half the population. But it probably won’t! And if it does, Trump’s lizard brain probably realizes that nothing he says or does will matter anyway.