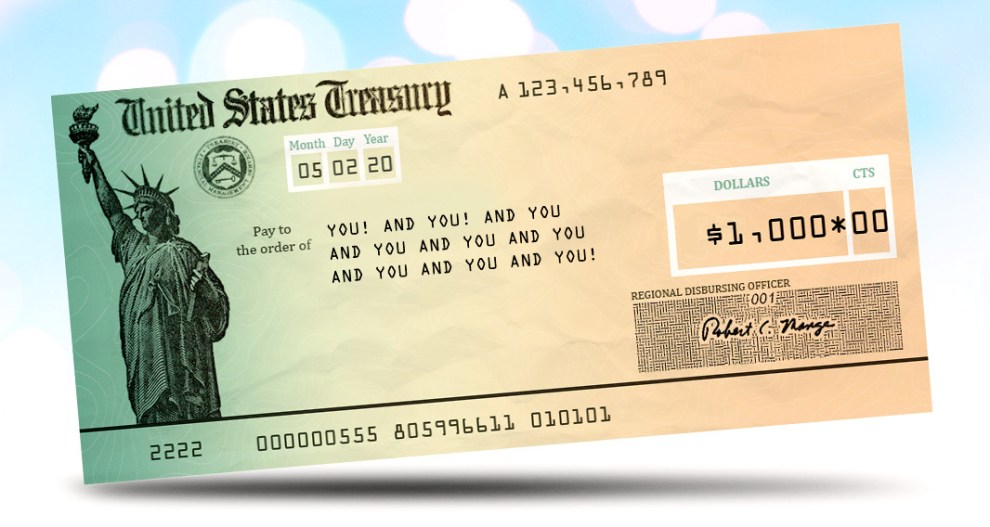 A few days ago I asked if giving away money to everyone was really a good response to a recession caused by a pandemic. After all, the problem we face is not a lack of money, as we do in a normal recession. It’s fear of spending money. I am happy to see that one of my favorite economists, Dean Baker, seems to agree:

In past recessions, the reason most people did not spend is because they didn’t have money. If you gave them more money, they would likely spend most of it, creating demand in the economy, shoring up employment, and in that way having a second round spending effect from the workers who get or stay employed.

In this case, the main reason that spending is being cut back is because people are scared to spend. They don’t want to go out to restaurants, movies, or travel. Giving them $1,000 will not change this fact.

For people who are losing their jobs because they are in the most affected industries, the $1,000 will lead to a boost in spending, but it is likely to provide them little help if they lose their jobs. For someone earning $20 an hour (a bit more than the median wage), this is enough to replace 50 hours of pay. These workers will need considerably more money if they are to get through a period of six or nine months before the economy starts to get back to normal.

I don’t imagine that mailing everyone a thousand dollars will do any harm, but it seems like a pretty inefficient way of doing things. Even for most minimum wage folks, this is only a couple of weeks of pay—hardly enough to make a dent. It would be better to use that $300 billion to target the people and businesses most affected by government mandated measures like restaurant closures, social distancing, and so forth. If those people feel confident that there’s a strong bipartisan commitment to making their income whole for at least the next several months—or close to it—they’ll continue to spend normally. Families that aren’t affected as much will most likely adapt and simply spend their income on different things instead of cutting back.

Finally, we already know how to mail checks to people. If we decide we need to do it a few months from now, we can. For now, though, figuring out the best way of getting substantial targeted assistance to the right places ought to be Job 1.