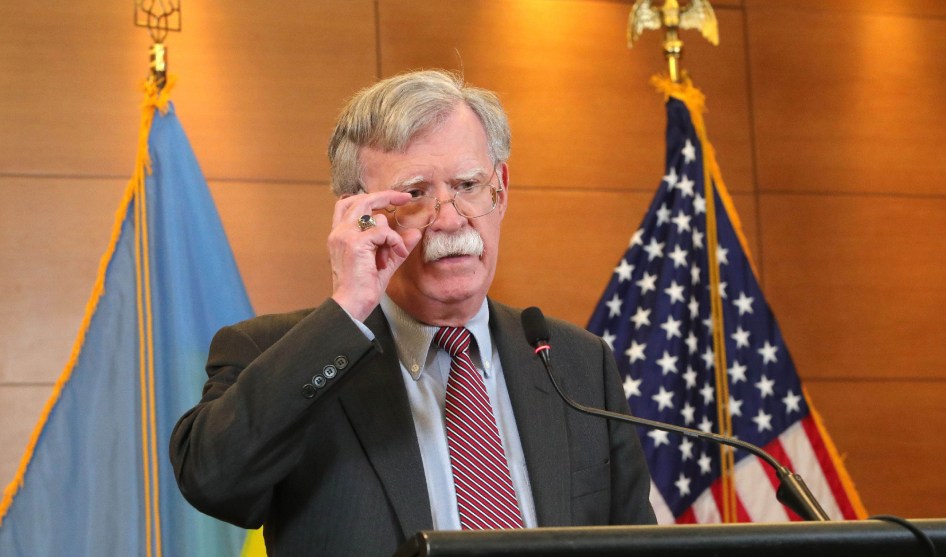 In his new memoir, John Bolton says that Donald Trump is a moron who literally knows almost nothing. Yawn. Tell me something I don’t know:

During a one-on-one meeting at the June 2019 Group of 20 summit in Japan, Xi . . . defended China’s construction of camps housing as many as 1 million Uighur Muslims in Xinjiang — and Trump signaled his approval. “According to our interpreter,” Bolton writes, “Trump said that Xi should go ahead with building the camps, which Trump thought was exactly the right thing to do.”

Mr. Trump did not seem to know, for example, that Britain is a nuclear power and asked if Finland is part of Russia, Mr. Bolton writes . . . Intelligence briefings with the president were a waste of time “since much of the time was spent listening to Trump, rather than Trump listening to the briefers.”

How about Ukraine? Bolton says there was indeed an explicit quid pro quo:

Mr. Bolton echoes allegations that were at the center of the president’s impeachment trial, writing that Mr. Trump repeatedly ordered White House officials to withhold military assistance from Ukraine as retribution for perceived slights during the 2016 election and as leverage to pressure the country to investigate his 2020 presidential opponent, former Vice President Joe Biden. Mr. Bolton describes the objective as a fantasy based on conspiracy theories pushed by Rudy Giuliani, the president’s personal attorney.

“Ukraine tried to take me down. I’m not f—ing interested in helping them,” Mr. Trump is quoted in the book as saying during a White House meeting about military aid to Ukraine on May 22, 2019. “I want the f—ing DNC server,” Mr. Trump said, referring to a Democratic National Committee computer server that was hacked during the 2016 elections. There is no evidence to support the claim that any Democratic server wound up in Ukraine.

And it wasn’t just Ukraine:

The book confirms House testimony that Mr. Bolton was wary all along of the president’s actions with regard to Ukraine and provides firsthand evidence of his own that Mr. Trump explicitly linked the security aid to investigations involving Mr. Biden and Hillary Clinton. On Aug. 20, Mr. Bolton writes, Mr. Trump “said he wasn’t in favor of sending them anything until all the Russia-investigation materials related to Clinton and Biden had been turned over.” Mr. Bolton writes that he, Mr. Pompeo and Defense Secretary Mark T. Esper tried eight to 10 times to get Mr. Trump to release the aid.

Mr. Bolton, however, had nothing but scorn for the House Democrats who impeached Mr. Trump, saying they committed “impeachment malpractice” by limiting their inquiry to the Ukraine matter and moving too quickly for their own political reasons. Instead, he said they should have also looked at how Mr. Trump was willing to intervene in investigations into companies like Turkey’s Halkbank to curry favor with President Recep Tayyip Erdogan of Turkey or China’s ZTE to favor Mr. Xi.

That’s our president. As always, click the links for more.