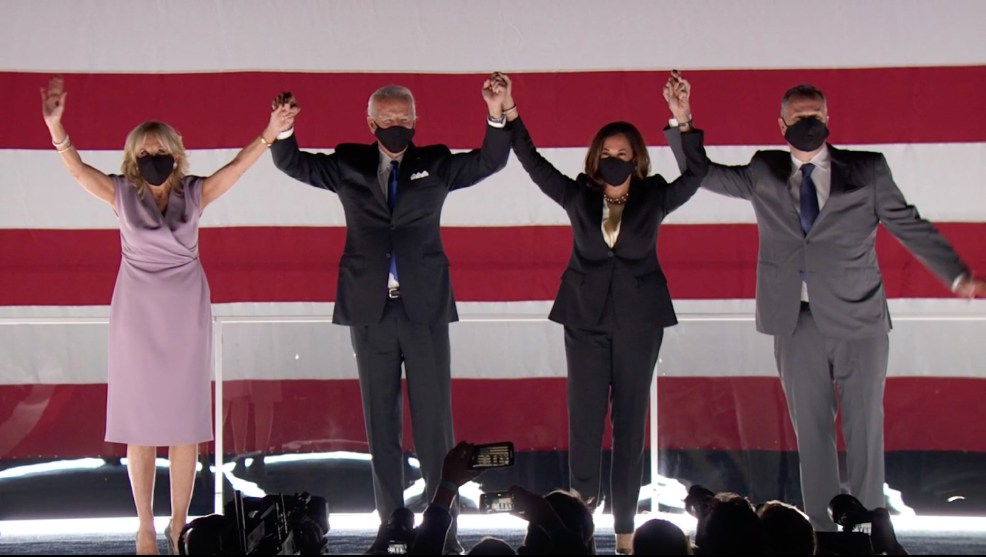 With the Democratic virtual convention now finished, I feel like sharing a mini-essay on American politics in the Trump era. Don’t worry. I’ll keep it short and the navel gazing to a minimum.

One of the key questions raised by Donald Trump’s 2016 victory has been whether he represents a new turn in American politics or merely a blip who will be quickly forgotten if he loses in 2020. Over the past four years I’ve spent a lot of time reviewing the evidence about this, and the conclusion I’ve come to is pretty simple: Trump is a blip.

Let’s back up a bit. For a very long time Democrats have believed that demographics were on their side. Republicans are acutely dependent on white voters, and every election cycle the share of white voters declines by a percent or two. Since voters of color largely support Democrats, this would someday make it all but impossible for Republicans to win the presidency.

But when would that day come? The Census Bureau projects that white voters won’t lose their absolute majority until 2044, but the Republican day of reckoning will come long before that. In fact, my take is that it’s already happened. It came in 2008, and ever since then it’s been close to hopeless for a Republican to win the presidency. This makes Donald Trump not a harbinger of things to come, but a final, feral howl of white reactionary politics as a ticket to the White House. He eked out one last victory for the Fox News set not because racism was broadly on the rise, but because of a string of remarkable happenstances: Russian interference; a backlash against eight years of a Black man as president; a woman as his opponent; a last-minute FBI letter; and an unexpected blurp in the Electoral College that placed him in the Oval Office even though he lost the popular vote by millions of votes.

This was a 100:1 shot, and it’s very unlikely to be duplicated in the near future, regardless of who the Republican and Democratic candidates are. Trump managed to win an improbable victory by squeezing out the very last dregs of white voters in America, but if anything, he’s made it harder than ever for Republicans to pull this off again. It may be difficult to see this through the Trumpian muck right now, but decent people outnumber racists in America in virtually every demographic group. Trump obviously depends on the support of conservative white voters, but even among this group he’ll have a hard time winning because there are simply too many conservative white people who have become disgusted by Trump’s obviously racist appeals.

Two years ago I wrote a piece for the magazine that presented the evidence of a white backlash against eight years of Obama in the White House. It wasn’t a huge backlash, but it was enough to change the course of the 2016 election when you added it to all the other things that happened in that strangest of all years. And it couldn’t survive forever once Obama was out of office, which is good news for both Democrats in particular and racial justice more generally. As I wrote at the time:

I would say that the events of this year have been the strongest possible test of this thesis. In the wake of the George Floyd killing and the Black Lives Matter protests, Democrats have taken a far more aggressive stand on racial justice issues than anyone would have predicted two years ago. And guess what? It hasn’t hurt them at the polls. It’s too early to tell if it’s actively helped them, but I wouldn’t be surprised if it has. In the same way that 2016 featured a white backlash against a Black man in the White House, 2020 is almost certain to feature a white backlash against an open racist in the White House.¹ Add that to the usual increase in voters of color that we see every four years and American politics will leave Donald Trump in the ashcan of history within days of the November election.

This is an optimistic view of America, and I understand that a lot of people will have a hard time accepting it after the events of the past few years. Hell, there are whole months at a time when I have a hard time accepting it. But America is truly not the cesspool that Donald Trump makes it look like. It’s fundamentally a decent country with an appalling racial history—but a racial history that we’ve been slowly overcoming for decades. Trump represents the worst of that history, not the future of our country. The arc of American culture may be slow, but it does bend toward racial justice. Donald Trump is only a few weeks from discovering that.

¹This is, needless to say, a different segment of white voters than the ones who were triggered by the Obama presidency to vote for Trump.