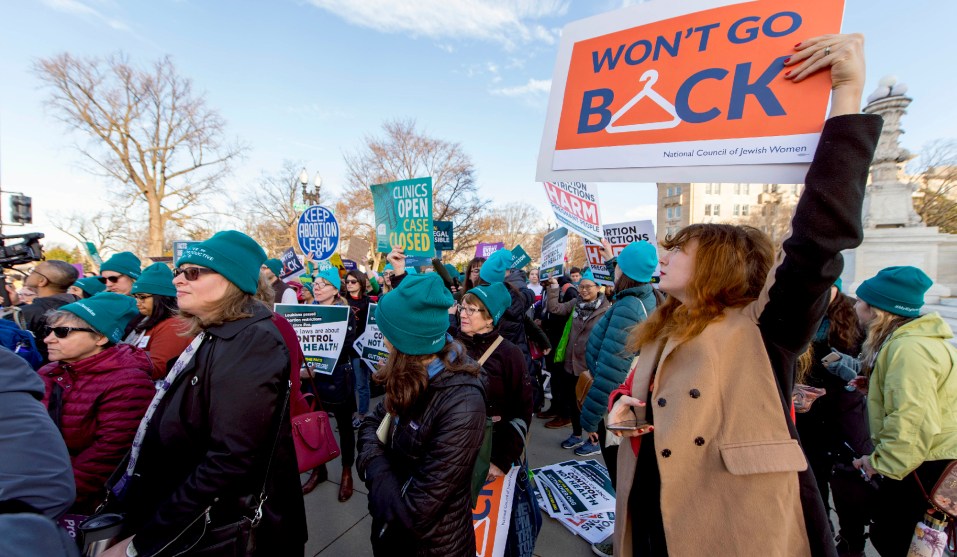 Is there any way to stop Republicans from filling Ruth Bader Ginsburg’s Supreme Court seat? Probably not. There are plenty of ideas floating around, but most of them require the support of either three or four Republicans, which Democrats aren’t likely to get.¹ No one should take this as a counsel of despair, though. Even if the odds favor Republicans in this battle, there’s still the question of how they can be made to pay the biggest price for it.

And they can be. For a long time, many voters have vaguely assumed that Republicans were all talk. Sure, they’re always yakking about eliminating the income tax or getting rid of the EPA or some other kind of nutbaggery. But Republicans have been yakking like this for so long—and not delivering—that it seems more like a secret password than a genuine expression of what they want to accomplish. It’s just the price of admission for a career in Republican politics.

But now all these voters are going to wake up. Republicans are finally within reach of one of their longtime goals and people are suddenly going to have to take all the nutbaggery seriously. Do they want to vote for a party that might really and truly eliminate the right to an abortion? Because now it’s right in front of their faces.

We liberals like to gripe about how Republicans are always appealing to fear. But we can do it too—and we do when the subject is, say, cuts to Medicare. This is what’s called for now: a massive campaign based on stoking fear about abortion being banned once and for all. Sure, it would stay legal in some states even if Roe v. Wade is overturned, but in plenty of others it would almost instantly be made illegal. That’s scary. Even in conservative Southern states there are lots of middle-class women who are going to think twice when they’re faced squarely with that—and their numbers have been growing for decades.

As for the party bases, the Republican base (1) already votes, and (2) has been energized about Supreme Court appointments for a long time. It’s unlikely that the Ginsburg replacement will increase their turnout much. On the Democratic side, it’s just the opposite. The base has been more concerned with other things for a long time and is not all that thrilled with Joe Biden and his moderate talking points. But now? With abortion about to go the way of the dodo bird? They are going to be energized into action like you’ve rarely seen. At a guess, this affair will boost Democratic turnout by three or four points.

This is turning into a Republican habit. They tried passing photo ID laws but that had little effect, possibly because publicity surrounding the laws increased turnout enough to wash out the reduced turnout from the laws themselves. Donald Trump has been amping up the racism, but it’s likely that he’s losing more votes than he’s gaining from it. Abortion, if Democrats play it right, will be a lot like that. The net effect will be Democratic gains and Republican losses.

But only if it’s played right. The Democratic base needs to finally be as energized about this stuff as they should have been all along, and center-right voters need to be punched in the gut with fear about what the Republican nutbags are finally going to actually do.

¹There’s also the idea of the House voting out impeachment charges on a daily basis and sending them over to the Senate, which is required to act on them before other business. However, this is basically the trillion-dollar coin of partisan obstruction, and it’s just not going to happen.