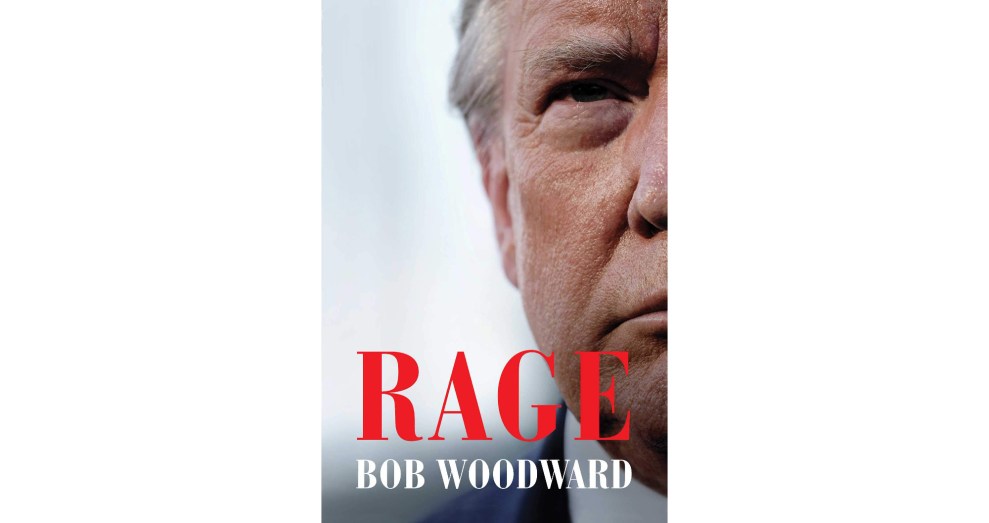 Another election, another Bob Woodward book. For this one, titled Rage, President Trump granted Woodward a stunning 18 separate interviews. I can only assume that Trump considered this a challenge of some kind and wanted to prove that he was the one person who could beat Woodward at his own game. If so, it didn’t work out so well:

President Donald Trump admitted he knew weeks before the first confirmed US coronavirus death that the virus was dangerous, airborne, highly contagious and “more deadly than even your strenuous flus”…In a series of interviews with Woodward, Trump revealed that he had a surprising level of detail about the threat of the virus earlier than previously known. “Pretty amazing,” Trump told Woodward, adding that the coronavirus was maybe five times “more deadly” than the flu.

Trump’s admissions are in stark contrast to his frequent public comments at the time insisting that the virus was “going to disappear” and “all work out fine.” The book, using Trump’s own words, depicts a President who has betrayed the public trust and the most fundamental responsibilities of his office. In “Rage,” Trump says the job of a president is “to keep our country safe.” But in early February, Trump told Woodward he knew how deadly the virus was, and in March, admitted he kept that knowledge hidden from the public. “I wanted to always play it down,” Trump told Woodward on March 19, even as he had declared a national emergency over the virus days earlier. “I still like playing it down, because I don’t want to create a panic.”

…The book highlights how the President took all of the credit and none of the responsibility for his actions related to the pandemic, which has infected 6 million Americans and killed more than 185,000 in the US. “The virus has nothing to do with me,” Trump told Woodward in their final interview in July. “It’s not my fault. It’s — China let the damn virus out.”

This is where words fail you. Trump always knew. He knew just how bad the coronavirus was and deliberately played it down. Just as he once thought that big talk could save a casino from going bankrupt, he figured big talk could keep the virus at bay. It never seems to occur to him that most problems have actual underlying causes that need to be addressed. Just keep lying to people and everything will be OK.