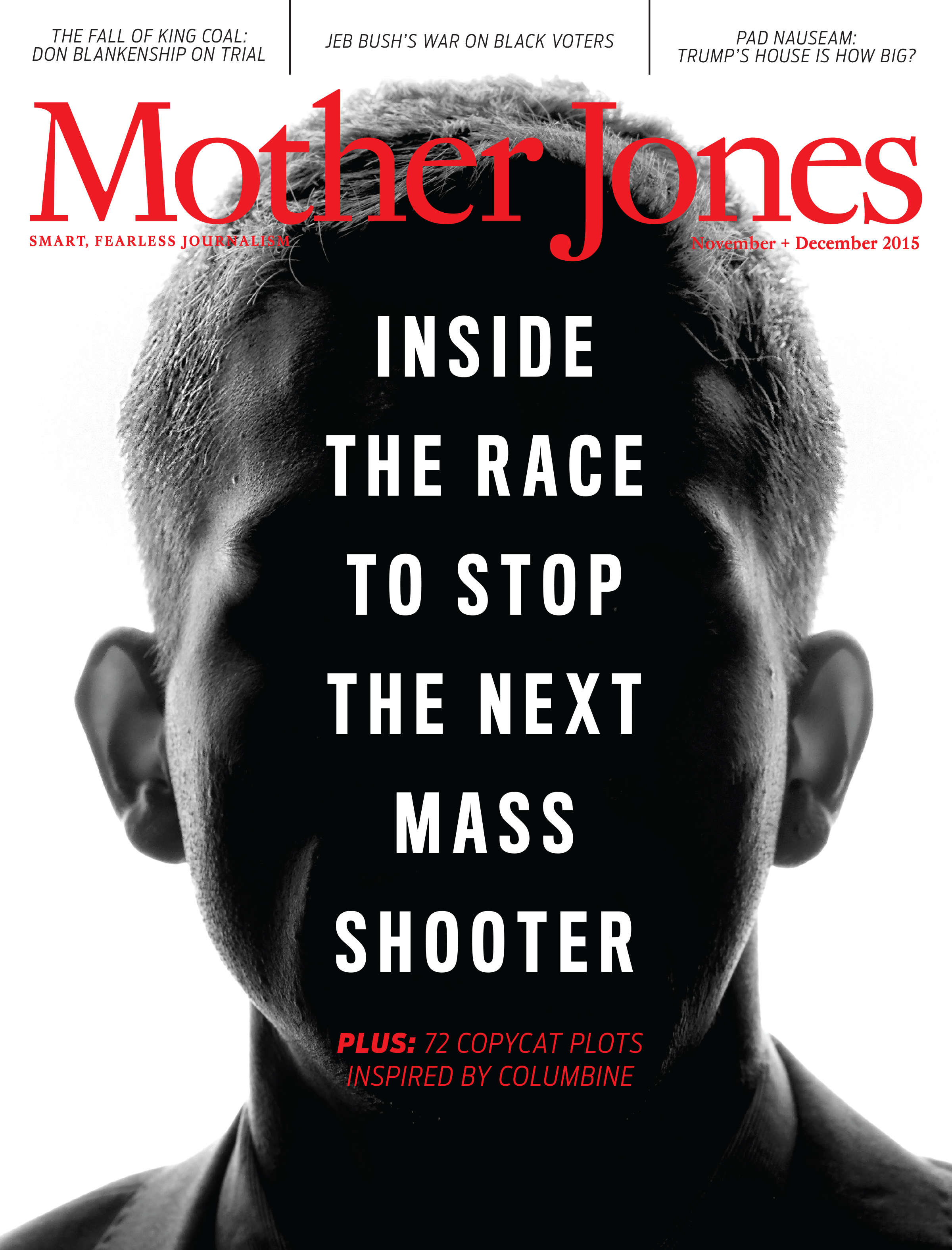 Want to read it now? Stories appearing in gray below have not been published to our website yet. These stories will be added over the coming weeks. In the meantime, you can read all stories from this issue immediately in our digital editions. The complete issue is available from our partners at Zinio, Kindle, Texture, Magzter, and Nook.

Since being treated for multiple myeloma this spring, 1 Kevin Drum says the health care debate has become much more personal­—and that his hair has started growing back (“Party of No Escape”); check out an animated version of 2 Hudson Christie’s oven-baked sculpture at MotherJones.com.

Mark Schapiro (“Over a Barrel”) is the author of Carbon Shock.

Josh Harkinson (“Cowed”) still enjoys his milk and cereal, but he feels a bit guilty about it.

5 Pema Levy used Florida’s open-records law to obtain 1,400 pages of transcripts documenting Jeb Bush’s treatment of ex-felons petitioning to restore their voting rights (“I’ll Be the Judge of That”).

6 Inae Oh enjoyed having an excuse to binge rewatch Transparent before her Q&A with creator Jill Soloway (“Trans Mission”).