Army medical records dating back to the Revolutionary War show significant soldier losses due to venereal diseases. In a two-year period during the Civil War, the Union Army documented 100,000 cases of gonorrhea. During World War I, the Army lost 7 million person-days and discharged more than 10,000 men because they were ailing from sexually transmitted diseases. Once penicillin kicked in in the mid-1940s, such infections were treatable. But as a matter of national security, the military started distributing condoms and aggressively marketing prophylactics to the troops in the early 20th century.

The military took its prophylactics campaign seriously, but that didn’t mean its VD posters couldn’t have a little fun. One US Navy training film from 1942, USS VD: Ship of Shame, urged sailors to “put it on before you put it in.” Find all kinds of venereal disease propaganda gems here. 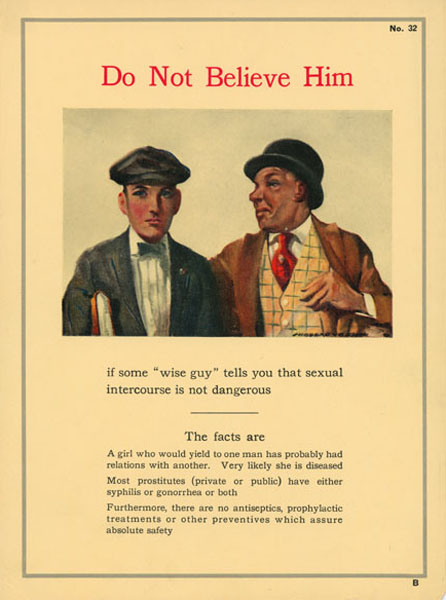 During World War I, more than 18,000 doughboys came down with STDs. In response, the military started handing out condoms to plebes, and it launched an aggressive decades-long promotional campaign. The American Social Hygiene Association 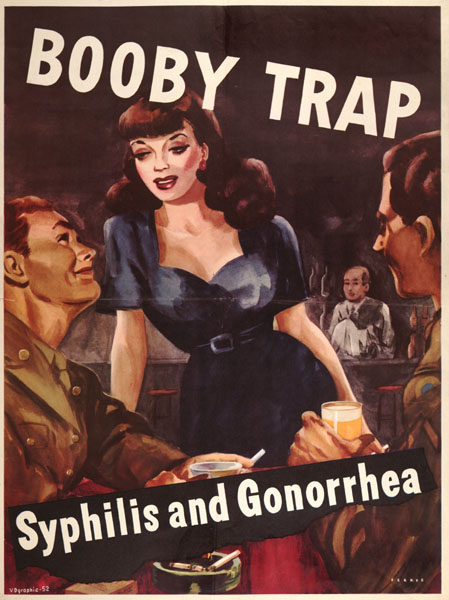 Penicillin didn’t go into wide use until after World War II, meaning syphilis and gonorrhea remained serious threats to soldiers’—and the Army’s—staying power. 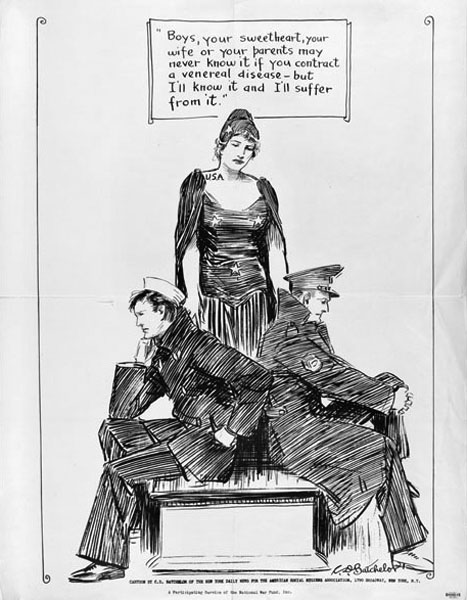 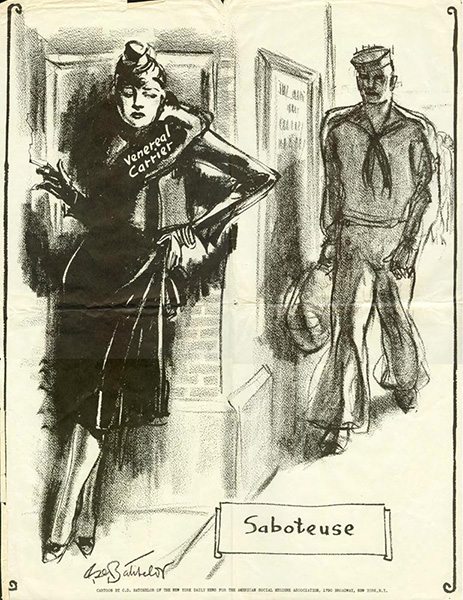 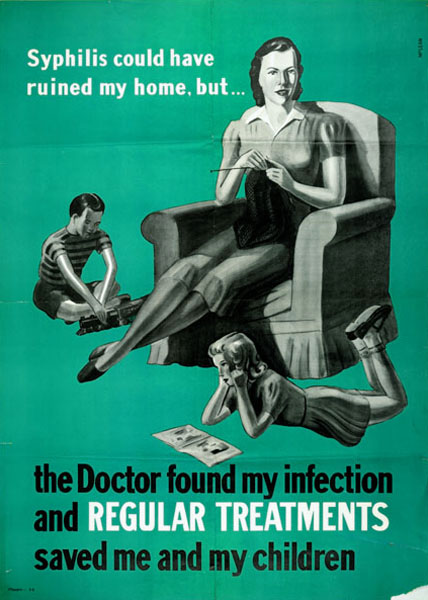 …Though some appealed to the homemaker infected by a straying husband. 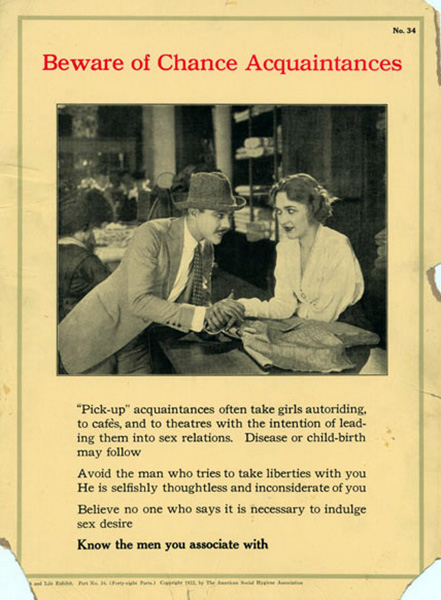 Some messages are timeless: Stay away from douchebags who just want in your pants. The American Social Hygiene Association 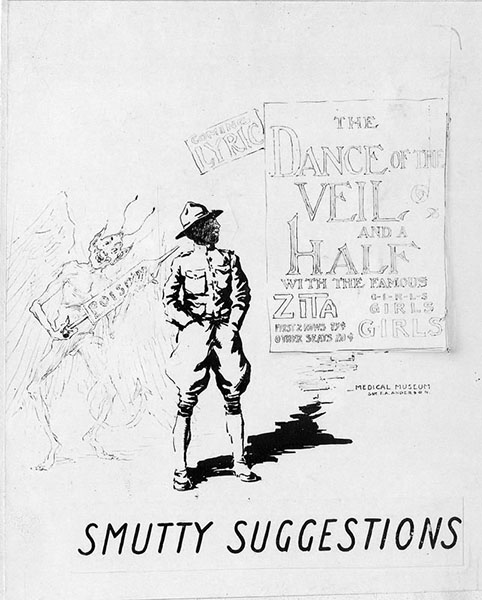 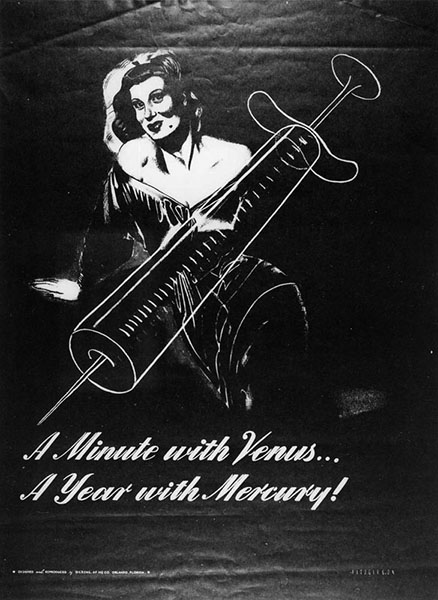 Mercury was considered standard treatment for STDs, until Penicillin replaced it in the mid-1940s. Designed and reproduced by 912th Engineer Air Force Headquarters Co., Orlando, Florida 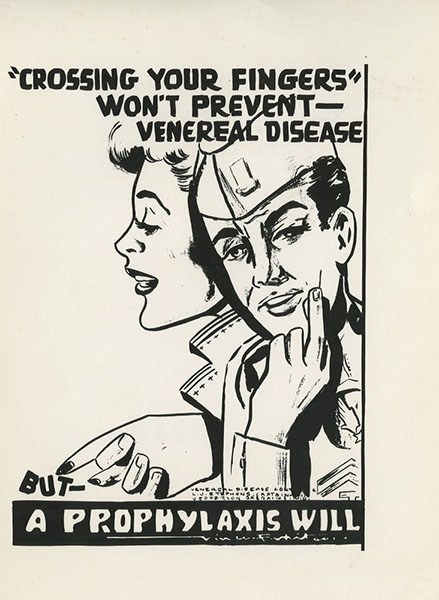 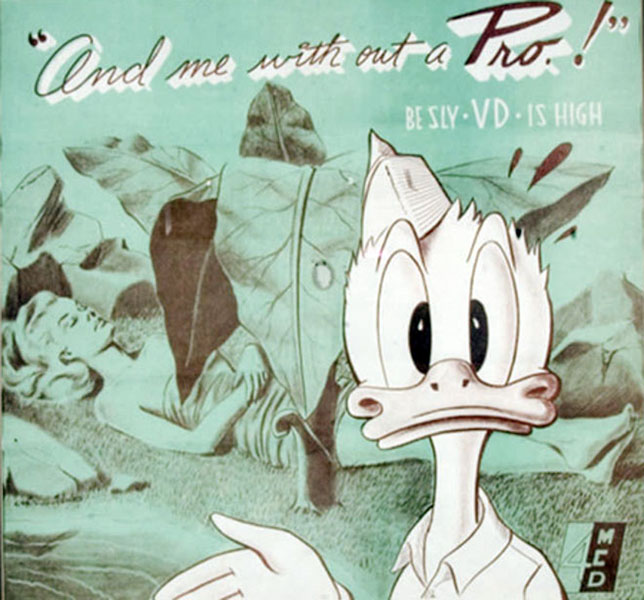 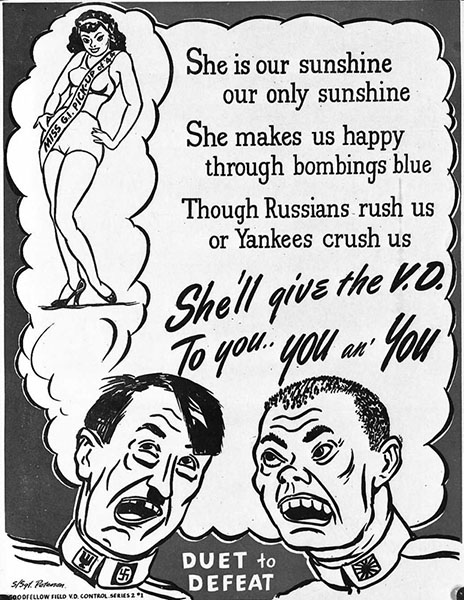 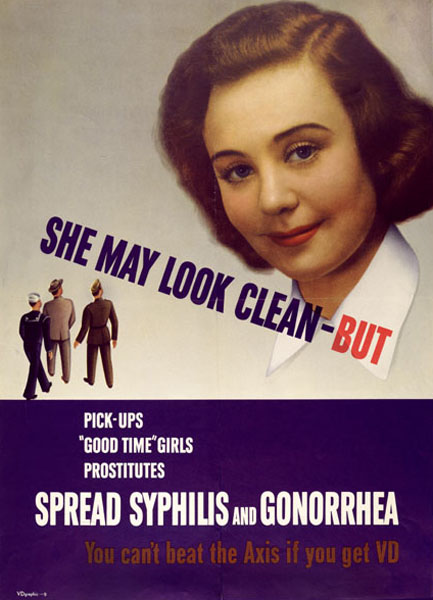 Penicillin has proven so effective in staving off syphilis and gonorrhea that new recruits are no longer screened for the diseases. They are, however, tested for HIV. 1940, National Library of Medicine, History of Medicine Collection 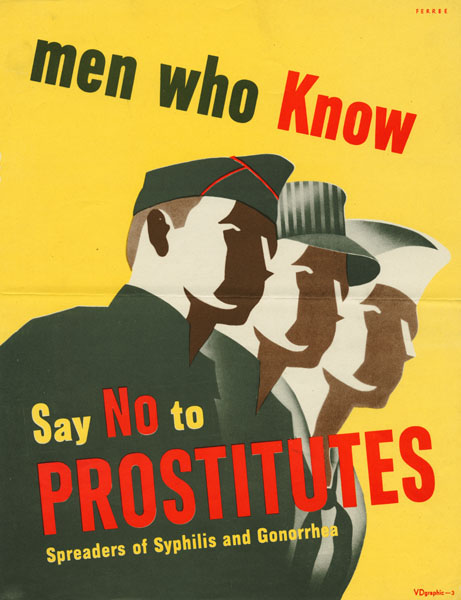 And the Army still liberally doles out free condoms, stressing that “Readiness doesn’t end when the uniform comes off.” WPA 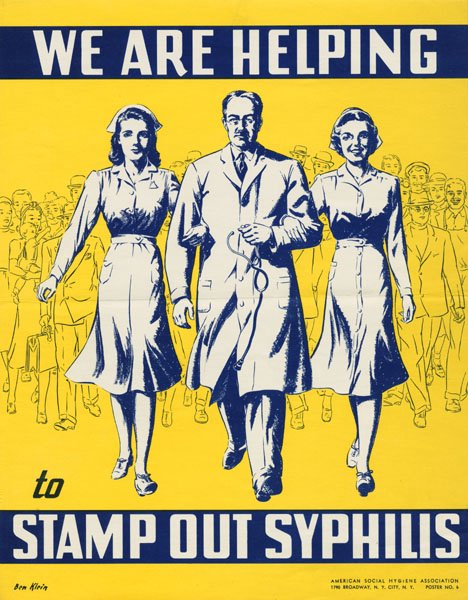 Before World War II, syphilis was the fourth leading cause of death in the US, behind only tuberculosis, pneumonia, and cancer. 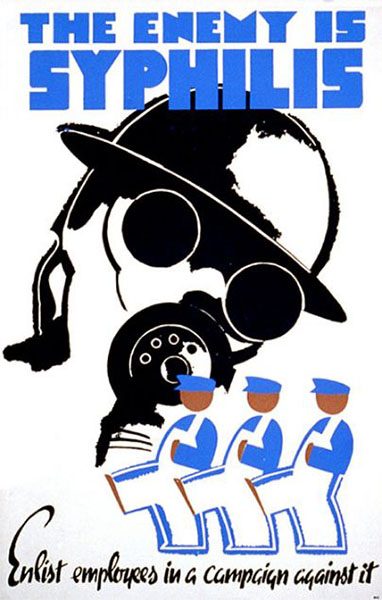 Part of the WPA syphilis-awareness campaign. The WPA produced more than 20 anti-syphilis posters in the early 1940s. WPA Chicago, 1940 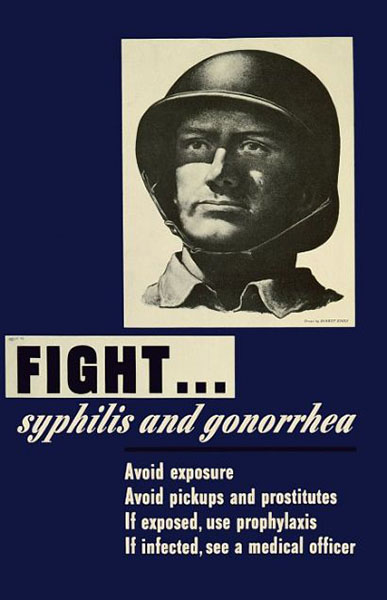 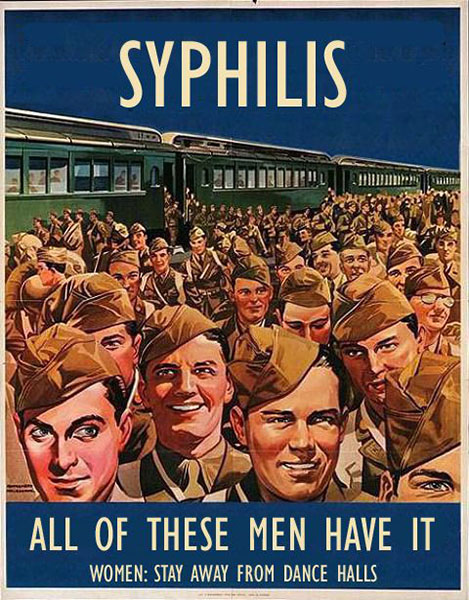 An English poster used in the lead-up to D-Day with a different take on the dangers of syphilis. This time, it’s the gents who are the diseased floozies. British, 1944 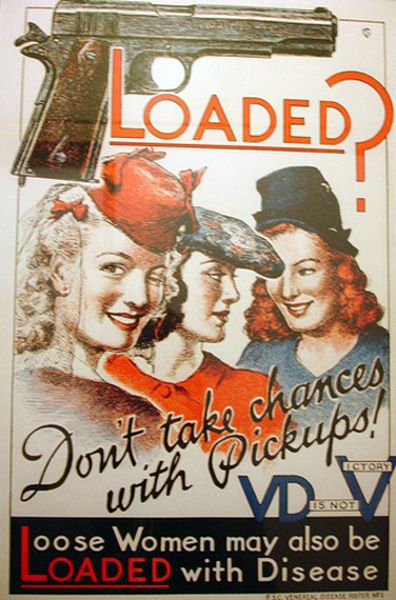 The message here seems to be that loose women wear hats (and maybe carry guns). After World War II the US military scaled back their campaign against these, now curable, communicable diseases. 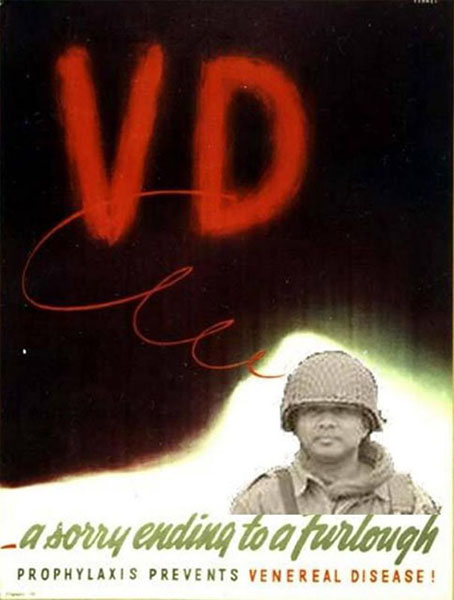 Said Bill Calvert, chairman of the DOD’s STD prevention committee in 2000: “We’d like to provide condoms, much like we do hard-hats or earplugs, as protective equipment to keep our troops safe.” WPA