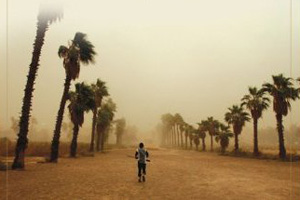 Looking for the perfect present? Below, four intriguing options. 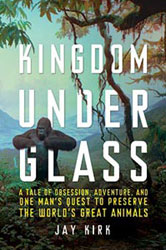 With a scholar’s relish and a novelist’s narrative flair, Jay Kirk conjures the life and exploits of early 20th century taxidermist Carl Akeley. He traces Akeley’s trajectory from a Brooklyn basement, skinning birds for ladies’ hats, to East African jungles and savannas, where he bagged gorillas and elephants for museums back home. Akeley straddled an era of unchecked big-game hunting and an era of conservation-minded curation: Although he is best remembered for his revolutionary dioramas—his Hall of African Mammals at New York’s American Museum of Natural History remains “the Sistine Chapel of the natural history world”—his greatest legacy came from a mid-hunt revelation that we should protect, rather than merely collect, the earth’s endangered species, inspiring Africa’s first wildlife preserve. —Zoë Slutzky 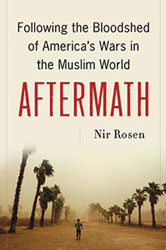 Aftermath: Following the Bloodshed of America’s Wars in the Muslim World

Aftermath isn’t just another Green Zone memoir. Since 2003, Rosen, a gutsy Mother Jones contributor, has embedded with militiamen and jihadists to get a visceral look at the other side of US military and foreign policy. With his knack for languages, olive complexion, and dark hair, he often passes himself off as a Bosnian reporter, going where many Americans wouldn’t dare. His unprecedented access leads to some hair-raising anecdotes: While trying to embed with the Taliban, he was detained under suspicion of being a CIA agent and was told that a Sharia judge would decide his fate. “I started to panic inside,” he recalls. “A meeting with a judge could end with your head getting cut off.” Rosen keeps his head, producing dense, remarkably even-handed reporting on how violence “has been democratically distributed” across the Middle East and Afghanistan. —Adam Weinstein 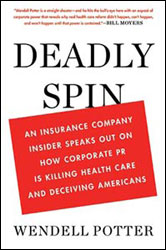 Deadly Spin: An Insurance Company Insider Speaks Out on How Corporate PR Is Killing Health Care and Deceiving Americans

Meet Wendell Potter, former “spinmeister” for the global health insurance company Cigna. For two decades, Potter was a part of the insurance-industry PR machine that did everything from setting up Astroturf groups to spreading fears of “socialized medicine” to bolster public opinion against any reform that might affect insurers’ bottom line. His life took a sharp turn in 2008, when he worked to restore Cigna’s reputation after the company denied an essential liver transplant to a teenage girl with leukemia. Potter engagingly weaves together industry secrets with his own moral struggle and transformation into a whistleblower who tried to beat back the spin that nearly killed Obamacare. —Emily Loftis 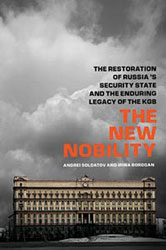 The New Nobility: The Restoration of Russia’s Security State and the Enduring Legacy of the KGB

By Andrei Soldatov and Irina Borogan

When the Soviet Union collapsed, the KGB’s domestic security beat was turned over to the innocuous-sounding Federal Security Service (FSB). These Russian muckrakers reveal how much the agency once headed by Vladimir Putin inherited from its predecessor—from its old Bolshevik fight songs and the infamous Lefortovo prison to its obsession with monitoring dissidents and journalists. Both authors, in fact, have been interrogated by the FSB about their reporting. As they probe its labyrinthine workings (literally—it controls miles of underground bunkers and secret subways under Moscow), Soldatov and Borogan find an organization that prizes not just Soviet-style secrecy but the spoils of crony capitalism. The New Nobility is an unnerving look at the real power behind the new Russia. —Dave Gilson