What we’re reading: four books you don’t want to miss. 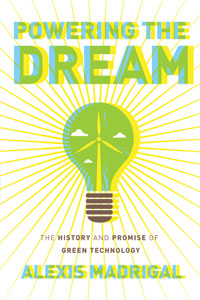 Powering the Dream: The History and Promise of Green Technology

If you think green energy is a 21st century breakthrough, think again: In 1900, roughly one-third of automobiles were electric; the first megawatt wind turbine was built in 1941; and today’s wave-power startups can trace their roots to the Wave-Power Air-Compressing Company, which claimed “one of the greatest inventions of the age”—in 1895 (PDF). In Powering the Dream, Madrigal, The Atlantic‘s tech editor, delves into alternative energy’s past to glean its future. A master at autopsies of promising yet deceased technologies, he argues that some of them flopped due to lack of funding, while others, like the early ’40s wind turbine, were too far ahead of their time (another turbine of its size wouldn’t be built for 40 years). As Madrigal smartly shows, tackling the climate crisis takes more than inventing the next killer app: You also have to convince people to use it. —Josh Harkinson 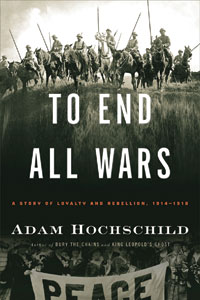 In a dramatic narrative that reads like historical fiction, Mother Jones cofounder Hochschild connects Britain’s unraveling during World War I to its divisive struggles over imperialism and women’s suffrage. His scenes and characters—labor activists, feminists, writers, even a lion tamer—are mesmerizing, and his depiction of a Western superpower shattered by an ill-conceived overseas war has special resonance. Hochschild sees the conflict’s often-forgotten critics as vanguards of the modern antiwar movement, dreamers loyal to a new notion of citizenship. The war resisters’ battle “could not be won in 1914-1918,” he writes, “but it remained, and still remains, to be fought again—and again.” —Adam Weinstein 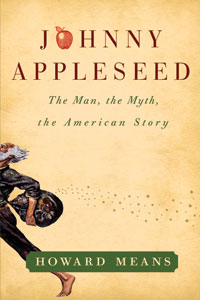 Johnny Appleseed: The Man, the Myth, the American Story

Everything you thought you knew about Johnny Appleseed is a lie. As this biography tells it, the real Appleseed, née John Chapman, was a land speculator, evangelist, and drifter. He might not have worn a tin pail for a hat, and he probably never planted anything worth eating—although whether that’s because he was busy planting apples for hard cider (as Michael Pollan has argued), or just a little careless in his seed-sowing, goes unresolved. Appleseed’s vague life story is what makes him so intriguing to everyone from Pollan to the tea partiers, who launched Project Appleseed to teach “heritage and history”—and marksmanship. With such a dearth of hard facts, almost everything about the man is up for interpretation; Appleseed, concludes Means, is “where we go to rediscover American innocence.” —Tim Murphy 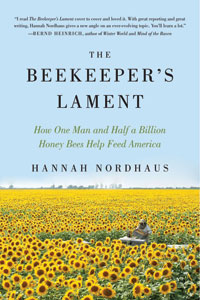 The Beekeeper’s Lament: How One Man and Half a Billion Honey Bees Help Feed America

John Miller is one of the few beekeepers who still makes a living trucking millions of bees back and forth across the country to pollinate fruit trees. Pesticides, parasites, and Colony Collapse Disorder threaten his hives; low honey prices and bee theft mean that he sometimes barely scrapes by. The Beekeeper’s Lament examines the wonders of the apian world that keep Miller (a stubborn romantic who douses his food with honey) tied to his trade, from hives’ social hierarchies to the alchemy that turns noxious weeds into sought-after honey varietals. Yet by disrupting bees’ natural lifecycles, the large-scale fruit farming that sustains modern beekeeping may become its downfall. Nordhaus shows that much more than the sweet stuff is at stake—your almonds and summer fruit depend on these tiny migrant workers. —Maddie Oatman