What we’re reading: Below, 5 nonfiction books you won’t want to miss. 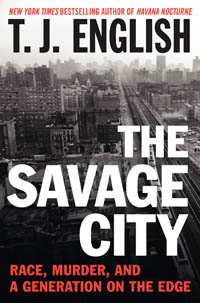 The Savage City: Race, Murder, and a Generation on the Edge

Imagine a city where detectives “solve” murders by pressuring innocent people to confess, where bribing the police is a standard business expense, and where tensions run so high that cops on patrol must dodge flaming trash cans. This isn’t The Wire—it’s New York City in the late 1960s. The Savage City examines the social and racial turmoil of the period through the stories of three men: George Whitmore Jr., a partially blind black teenager whose casual conversation with a cop lands him in jail for three grisly murders he didn’t commit; Bill Phillips, a white police officer who makes enough money shaking down the people on his beat to buy his own airplane; and Dhoruba bin Wahad, a street kid turned Black Panther. Though their paths never cross, each story affects the others: Phillips is the poster child for the corrupt police force that exploits Whitmore’s naiveté; bin Wahad is radicalized in part by following Whitmore’s story. T.J. English is a crime writer (Havana Nocturne), and much of the book reads like a thriller. But thanks to interviews with many of its characters, it’s dripping with the kind of detail that’s too good to make up. —Casey Miner 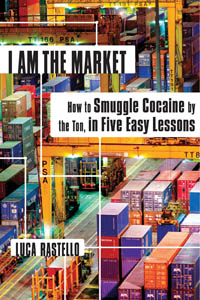 I Am the Market: How to Smuggle Cocaine by the Ton, in Five Easy Lessons

In this as-told-to tale, Italian journalist Luca Rastello crafts the memories of an imprisoned drug smuggler into a picaresque complete with colorful criminals (“squat as a wine flask, hewn out of a single block, two gorilla-like arms that reached down to his knees”) and jaw-dropping profits (“But you’ve brought in 1,200 kilos of cocaine!…That comes to 25 million dollars!”). It’s loosely divided into two parts: The first teaches you (yes, it’s written in the second person) how to transport a couple of kilos hidden up your ass, woven into your dreadlocks, or molded into shirt buttons. The second details how to secrete tons of white powder inside shipments of marble, granite, and copper cables so the corporations transporting it don’t realize it. There isn’t a moral here, just an astonishing inside look at a business like any other: “What is a drug smuggler, technically speaking? A service provider. Nothing else.” —Richard Horan 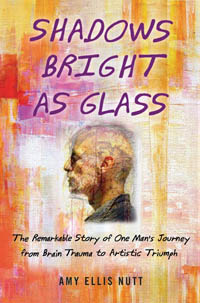 Shadows Bright as Glass: The Remarkable Story of One Man’s Journey From Brain Trauma to Artistic Triumph

In 1989, Jon Sarkin, a 35-year-old chiropractor, underwent last-ditch brain surgery for nerve damage and awoke as a wildly creative man with a frantic need to draw and paint. Amy Ellis Nutt spent more than five years chronicling his transformation into an eccentric but successful artist—who became fixated on things like recycling and stocking up on soup—as well as his wife’s and young children’s struggle to accept the new him. The result is a lyrical piece of science journalism and an intimate family portrait. Shadows Bright as Glass takes on the relationship between physiology and the human spirit, and the question of what really makes us who we are. —Emma Silvers 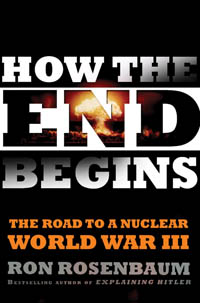 How the End Begins: The Road to a Nuclear World War III

In 1978, Ron Rosenbaum wrote an article that helped inspire perhaps the most popular depiction of a brush with nuclear doomsday, the 1983 movie WarGames. In How the End Begins, he revisits the topic, reaching gloomy conclusions—even for a self-described pessimist. Besides being worried about itchy trigger fingers in Israel, Iran, China, and North Korea, he also exposes shocking security lapses in aging American and Russian nuclear-launch systems. An ex-military source suggests that “a single canny [American] missileer could, for whatever reason, launch fifty missiles on his own.” As always, Rosenbaum writes colorfully about his unnerving research, which includes a visit to the “Strangelovian Old Curiosity Shop” that is the National Security Archives and meeting a black-humored Russian bomb designer. “I think only luck has saved us,” he writes, “and our luck is bound to run out before we find a way to eliminate nukes.” —Kevin Canfield 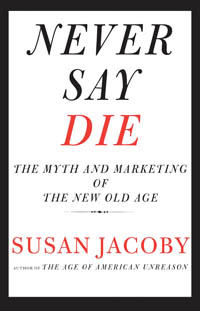 Never Say Die: The Myth and Marketing of the New Old Age

In this eloquent meditation on the pitfalls of “the new old age,” Susan Jacoby sets out to deflate our obsession with longevity, from its first stirrings in the Boomer generation’s belief in self-reinvention to the claim, advanced by Big Pharma and websites like livingto100.com, that 90 will soon become the new 50. Improbable expectations of old age abound, from the pervasive images of slim, healthy-looking oldsters climbing mountains to drug ads promising endless erections. This, writes Jacoby, “is not old age but a concept of aging that ends where the more disabling, restrictive stage of old age begins.” The result of such wishful thinking is a rapidly growing population of elders that is chronically underserved (especially the 25 percent who live below the poverty line). We ignore them at our own peril. —Zoë Slutzky