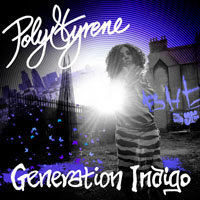 Liner notes: Powered by a pumping dance groove, Poly Styrene sings, “Threw the credit card away/Got out of the red and into the black/I’m looking to the future and I’m not looking back,” in a pointed but good-natured essay on consumerism and pop culture.

Behind the music: Born to a British mother and Somali father, Poly, a.k.a. Marianne Elliot-Said, was one of the most compelling (and piercing) voices of late ’70s British punk, shouting window-rattling anthems like “Oh Bondage Up Yours!” and “I Am a Cliché” as leader of the short-lived X-Ray Spex, getting started while still in her teens. After joining the Hare Krishnas in the ’80s and briefly reuniting X-Ray Spex in the ’90s, Styrene sets social commentary to a more club-friendly sound on her first solo album in more than three decades. Unfortunately, she’s currently undergoing treatment for cancer, which prevents her from performing live for the immediate future.

Check it out if you like: Sleater-Kinney, Beth Ditto, M.I.A. and other disruptive women. 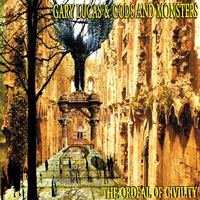 Liner notes: Firing off stinging slide-guitar licks as a rowdy horn erupts, Lucas growls, “From Genesis to Revelation, ain’t a thing that ain’t been tried and done,” in a riff on scandal and organized religion.

Behind the music: This cult hero has compiled a staggering résumé over the past three decades, working in Captain Beefheart’s band, writing songs with Jeff Buckley, scoring films and TV shows, and playing with everyone from Iggy Pop to Roswell Rudd to DJ Spooky. The latest Gods and Monsters album showcases his accessible side, featuring backing from underground vets Ernie Brooks (Modern Lovers) and Billy Ficca (Television), with production by Jerry Harrison (Talking Heads).

Check it out if you like: Richard Thompson, Lowell George, John Fahey, or any guitar virtuoso who prizes feeling above pure technical ability. 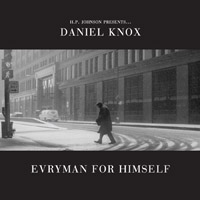 Liner notes: “Discovery, made in the men’s room of a truck stop/Interrupted by a beat cop,” mournfully croons Daniel Knox, one of many awkward moments depicted on this haunting debut, which brings misanthropes and misfits to life with dry wit and offbeat details.

Behind the music: The Springfield, Illinois, native came to Chicago to study film in the late ’90s, but switched to music when he started sneaking into the Hilton Towers’ Grand Ballroom to teach himself piano. He raised his profile by playing organ onstage before David Lynch introduced Inland Empire at the film’s 2007 Windy City premiere, and has since performed with Rufus Wainwright, Jessye Norman, and former Pulp frontman Jarvis Cocker.

Check it out if you like: Randy Newman, Tom Lehrer, and other pianistic iconoclasts. 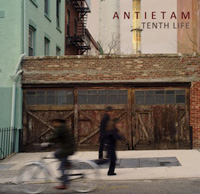 Liner Notes: Indie-rock guitar heroine Tara Key devises an intriguing blend of urgency and calm on this toe-tapping track, mixing placid vocals, chunky chords and psychedelic soloing to create the sensation of being swept away by gentle tidal wave.

Behind the Music: A graduate of the Louisville, Ky. scene, where she played in the punk-funk group Babylon Dance Band, Key and bassist-husband Tim Harris launched Antietam in New York in the mid-‘80s, taking their name from the Civil War battle.  Her other activities include solo records, two albums of guitar instrumentals in collaboration with Eleventh Dream Day’s Rick Rizzo and session work with Yo La Tengo.

Check it out if you like:  Smart bands wielding forceful guitars, including
Mission of Burma, R.E.M. and the Feelies.