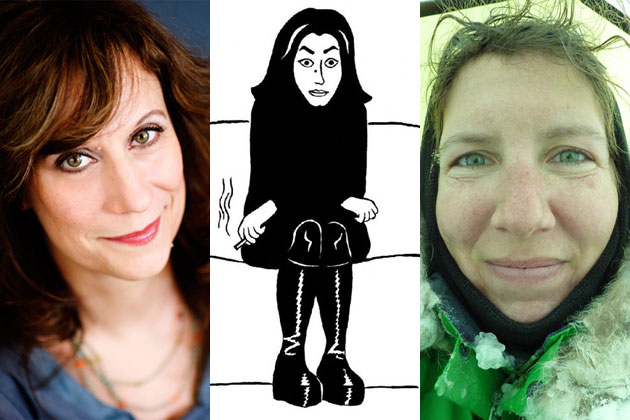 In the early ’90s, a guy at Sony told a female singer that she was “too black, too fat, too short, and too old.” Lucky for us, she stuck with music, and 20 years later America finally discovered singer Sharon Jones. Now known as the “Queen of Funk,” Jones recently played with Prince in Madison Square Garden. (We interviewed her in 2011). In honor of International Women’s Day, we’re taking a moment to highlight ladies like Jones, who, whether in politics, show biz, or coding, have managed to defy or ignore expectations. Below, a sampling from Mother Jones‘ archives of smart, fearless, and “sassy” women. 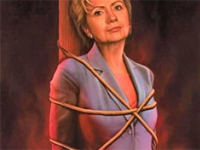 Jack Hitt takes on the Rorschach-blot-like figure of Hillary Clinton, in which Americans see many things. “More than any other public figure,” Hitt writes, “Hillary forces us to acknowledge that the path to power for American women is not all that clear, more an odyssey than a march.”

New Yorker writer George Trow once described Jamaica Kincaid as “our sassy black friend,” a moniker Kincaid seemed to delight in when she talked to Mother Jones about her beloved Obama T-shirt, juggling motherhood and writing, and her newest semiautobiographical novel.

Jen Pahlka left behind rock star status in the computer-gaming world to launch Code for America, which places fellows in broke cities so they can build apps to conquer civic problems. We caught up with Pahlka last year to talk about breaking down barriers between the public and private sectors and solving Silicon Valley’s sexism problem.

Maria Bashir once started a secret school for girls, and she now serves as chief prosecutor in Afghanistan. J. Malcolm Garcia explores how Bashir puts her life and her family at risk in order to stand up for the estimated 60 percent of Afghan women forced into abusive marriages and households.

Explorer Felicity Aston spent 59 days amid ferocious wind storms, treacherous glaciers, and white solitude to become the first person to cross Antarctica alone by ski. “There was no one to come and help,” she told MoJo. “There was no option but to get myself out of this mess.” Check out some of the photos, video, and narrative from her adventure.

Iranian graphic novelist Marjane Satrapi, author of Persepolis and Chicken with Plums, is known for her darkly funny and surreal storytelling. “During a rare break between cigarettes,” she sat down to talk electoral turmoil in her home country and worshipping darker comic book characters. 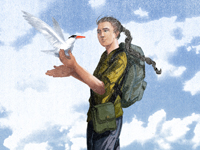 Can one incredibly stubborn person save an entire species? Julia Whitty chases the answer in her profile of keystone lady Enriqueta Velarde, a researcher intent on preserving the Heermann’s gull, and in turn an ecosystem, on an island off the coast of Baja California.

“Political satirist Lizz Winstead was shouting at the TV long before it was cool.” Read how The Daily Show co-creator refuses to shut up and continues to fend off those messing with her “crazy-ass uterus.”

Harvard professor Elizabeth Warren became a populist hero by taking on Wall Street. What did it take for her to beat Scott Brown, and what kind of senator will she be? One thing’s for certain: “I loooooove bakeries,” she told our reporter Tim Murphy. 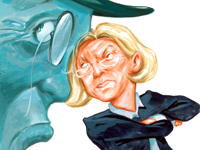 BONUS: And of course, how could we forget Mary Harris, a.k.a. our namesake Mother Jones? Biographer Elliot J. Gorn reflects on his evolving view of this embattled organizer, “who went to jail repeatedly for organizing workers, and who converted tens of thousands of Americans to the labor movement and the left” but also, whose “greatest strength was also her fundamental weakness: She saw the world primarily through the lens of class.”