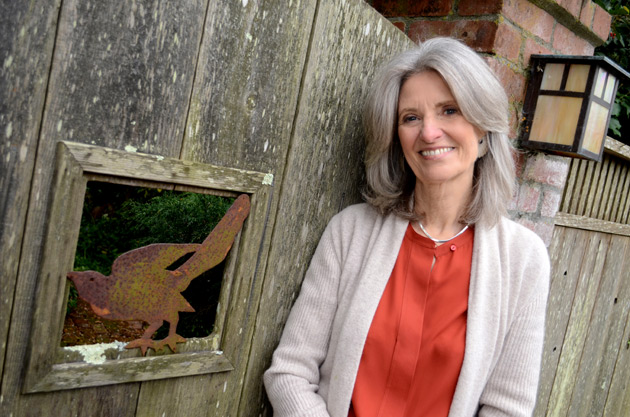 As recently as the 1960s, “medicine did not routinely stave off death among the very old,” journalist Katy Butler points out in Knocking On Heaven’s Door, her new book about modern medicine’s tendency to overtreat, particularly at the end of people’s lives. Butler chronicles the deaths of her parents—her father’s slow decline after a debilitating stroke and her mother’s refusal to succumb to “Hail Mary” surgeries—and in so doing offers an unflinching look at the “perverse economic incentives” that reward doctors for procedures over humane care. 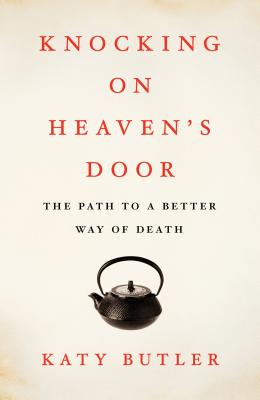 An expansion of Butler’s 2010 New York Times Magazine piece about her family’s attempts to get her father’s pacemaker turned off after a stroke leaves him increasingly incapacitated, the book deftly toggles between her family’s relationships and end-of-life struggles, and the history of our shifting attitudes towards death and rise of technologies that are meant to extend life but often lead to suffering. Butler also offers an antidote of sorts—a Slow Medicine movement that emphasizes “care over cure.” I caught up with the author to talk about her daughterly regrets and tackling a subject that most of us would rather to avoid.

Mother Jones: People are often told they should have these conversations about how they want to die before they are medically incapacitated. But what if they change their minds after the fact?

Katy Butler: I don’t think people ever were free of fear of death, but clinging to life and being so unprepared for it is a modern experience. Our ancestors actually read books about how to prepare for death. It was considered your moral obligation to be prepared for your deathbed and to able to face it with equanimity. We offer such false hopes to people that every medical problem can be fixed even when you’re starting to deal with an 80- or a 90-year-old body that is breaking down in multiple ways and doesn’t have that resilience. And so it doesn’t surprise me that someone who is completely unprepared for death may say, “Doc, do everything.”

Because I saw what my parents went through, I take very seriously the suffering of people from “ambiguous loss,” where the person you love has basically gone, and yet you can’t fully grieve because their body is still there. It’s certainly possible that I could have a terrible car accident and become so badly brain damaged that I don’t care about the burden that I’m placing on other people, but I don’t want that brain-damaged self to be the decision maker. I want the person that I am now making those legal decisions.

MJ: What do doctors say about all of this?

KB: I’ve heard doctors say that before the crisis hits, people don’t want prolonged measures, but then in the middle of the crisis they want everything. I think it’s very interesting that [doctors] privilege the self that is saying, “I don’t want to die,” but want to discount the self that said, “I want to allow natural death in such a situation.”

“Attempting to grapple with improving end-of-life care is a political third rail.”

MJ: How does one draw the line on how much care is appropriate?

KB: When my mother and I were walking through this process with my dad, I really felt that we were groping through the fog. I felt absolutely no sureness that what we were doing was right at any particular moment. It’s only in retrospect that I am comfortable with what we did and didn’t do.

KB: I wish I had been braver and more proactive and had a long meeting with my parents’ family-medicine doctor, who was opposed to putting in the pacemaker, even if we’d have to pay out of pocket because Medicare doesn’t cover a long conversation about these issues. My parents might still have decided to put in the pacemaker, but I think I would have a lot more peace of mind that we hadn’t been shuffled into this decision. And once the original cardiologist refused to turn off the pacemaker, if I had simply known how to research better, I think we probably could have found a cardiologist who would have been wiling to deactivate the pacemaker and save my father a couple of years of suffering, possibly.

MJ: Can we expect healthcare reform to accomplish anything in this area?

“Almost anyone you talk to will say, ‘I don’t want to die plugged into machines.'”

KB: Attempting to grapple with improving end-of-life care is a political third rail. Let’s spend less on trying to fix the unfixable in the last five years of life and spend more supporting people so that they can stay the least disabled as they possibly can, the most independent as they possibly can, and keep them at home. Although there are some changes in that direction, the healthcare act is sort of like a first pass. It was put together with the cooperation of all the players, but the caregiver associations are not as powerful as the medical device makers.

MJ: What is your response to the “death panels” argument, the claim that doctors would determine which patients are worthy of care?

KB: I think there is medical rationing in the United States, and there is undertreatment of the elderly. It’s just that intensive care is not where it occurs. People are overtreated in intensive care; one-fifth of people die in intensive care and almost anyone you talk to will say, “I don’t want to die plugged into machines.” That’s a universal horror. Three-quarters of people say they want to die at home, but only a quarter of people actually do.

The elderly are extremely undertreated in terms of things like palliative care, hospice, home services. We don’t aggressively pursue things that help people have a better quality of life in their last five years. What we do aggressively pursue are extremely profitable, money-making interventions that have the potential of creating enormous suffering at the end of life.

MJ: In your book, you include these very personal details about your relationships with your parents. Did you ever worry about being judged by your readers?

“Very few of us are succeeding in giving our parents the ideal death.”

KB: My motive was that 24 million Americans are helping care for aging parents. I know how family hierarchies are turning upside down. You may not have gotten on really smoothly with your mother and now suddenly you’re her caregiver and you’re needing to make decisions for her and she may not be so eager to turn over authority to you. Very few of us are succeeding in giving our parents the ideal death that we wish could help shepherd them towards. Almost all of us are trying to walk this line between how much do I need to sacrifice my own life for these people that I deeply love, and where do I need to draw the line and say, “No, I gotta preserve my sanity.” I wanted to be honest so that anybody who read my book who has ever done anything they were ashamed of, or failed to be as brave or as wise as they wish they were would feel they were not alone. We’re all flawed human beings in a broad, broken world.

MJ: Was there anything positive that came out of this experience for you?

KB: The amazing thing was my rediscovery of how much I loved my parents and how willing I actually was to be deeply involved, even though I had an independent life in California for 30 years.

MJ: What motivated you to write the book?

KB: To restore a sense of moral autonomy to people who are in the position I was in. To understand that the medical system is morally as well as sort of institutionally broken, and that you’re on your own and you need to think this stuff through and make your own choices, because these are not choices you can defer to the system. I want people to suffer less, and I think it’s possible.

“I want to break the taboo against questioning this drive for maximum longevity.”

MJ: Do you have any broader goals?

KB: I want there to be a public conversation about the question of when is life too long. I want to break the taboo against questioning this drive for maximum longevity no matter what the cost—to the family member, the society, the person in their 90s who’s not necessarily delighted to live another year. And I want to see a grassroots movement of caregivers to reward time rather than procedures. I’m part of a small, informal think tank interested in promoting this notion of Slow Medicine. The bottom line is that doctors and patients and families really are yearning for more time. We really want to see things restructured so that money gets transferred away from futile and very expensive late-life care toward things that really improve quality of life—including life for caregivers.

KB: Medicare underfunds things like physical therapy, speech therapy, home healthcare aides, support for caregivers, a whole range of ancillary services that are considered peripheral but that, when you’re in the last five years, are much more central to improving your quality of life—unglamorous but incredibly useful therapies, like gait training so that you don’t fall and break your hip.

MJ: Do you feel like we are starting to move in a better direction?

KB: I see both hopeful and disturbing signs. The rising palliative care movement is like a middle ground between hospice and just plain good medical care. But figures on intensive-care usage at the end of life are actually getting worse. The pattern seems to be: overtreat people and then, when they’re on the brink of death, abandon them to hospice. That’s very discouraging. Because of that whole death panel framing, it’s very difficult for the system to institute anything that can help—even though it’s producing these deaths that everybody’s traumatized by.