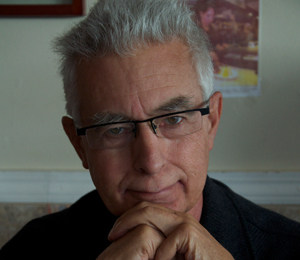 Born in Detroit on November 29, 1943, Richard Reynolds lived a life driven by varied passions, from writing and social justice to the French horn, travel, cooking (Italian and Indian were his favorites), Vitabath, and espresso. He died at home on March 1 in the care of his wife, Fran Haselsteiner.

Richard once wrote that he was “forever grateful that the sixties came along just when I needed them. The senior picture in my 1962 high school yearbook showed a kid with a flat top and a look of determination. No one could guess that I was headed straight toward sex, drugs, and rock ‘n’ roll.”

He planned to become an English professor and spent seven years in graduate school at Wayne State University. But as the years passed, he became disillusioned with academic life. When Richard turned 26, too old for the Vietnam draft, he quit school and went to Europe for three months. His lifelong passion for espresso was born when a high school friend living in Naples introduced him to the drink.

In 1971, Richard moved to San Francisco, and a few years later he took a part-time job typing manuscripts at then-fledgling Mother Jones. Soon he was a full-time employee. Richard worked at MJ for 32 years, primarily as Communications Director.

That day job didn’t prevent him from pursuing his other calling as a professional musician, a huge part of his life. Richard played in the Berkeley Symphony and the Lamplighters Orchestra for more than 30 years.

“I once read a description of what it’s like for a surfer when he finds a perfect wave and can go on and on within the curl of the wave,” Richard once wrote. “Playing in an orchestra can be like that. I would get into a place where I was riding along and totally confident that I was going to play perfectly. It was magical, exciting, and fed my soul.”

Richard was also a talented writer. He wrote about music for the San Francisco Symphony and Philharmonia Baroque Orchestra; his articles on food and coffee appeared in many publications, including the New York Times, the San Francisco Chronicle, Gourmet, Saveur, Gastronomica, Imbibe, Fresh Cup, and the East Bay Monthly.

His most lasting work as a writer may be the ShigMurao.org website, a tribute to his late friend Shig Murao, a seminal figure in the history of San Francisco’s beat scene and the City Lights bookstore. In June 2012, ShigMurao.org became the first website accepted into the collection of the Bancroft Library at UC Berkeley.

In August 1983, Richard married his longtime sweetheart, Fran, who patiently tolerated his loud support of the 49ers during football season and supported him through thick and thin. Thick included their beloved pets, gardening, cooking for friends, and travel. Thin included seven years of illness toward the end of his life.

Colleagues will remember Richard’s dogged attempts to get Mother Jones into the national spotlight, back when it was tough sledding. “Richard was successful at the uphill job he took on: making the mainstream, traditional media pay attention to an upstart magazine in San Francisco,” said MJ cofounder Adam Hochschild. “Maybe he was so good at this because journalists never expected a publicity person to be so modest, low-key, and self-effacing. I’m immensely grateful for all he did.”

Fellow musicians will remember Richard as a consummate professional who held his own among full-time musicians. “His personality and his character were the embodiment of the spirit that was the Berkeley Symphony Orchestra,” said Kent Nagano, Music Director of the Berkeley Symphony Orchestra 1978–2008 and currently Music Director of the Orchestre Symphonique de Montréal. That spirit included “dedication, aesthetic sensibility, curiosity, generosity, and an ability to celebrate individualism.”

Richard was lovable and loving. He is survived by his wife, Fran; brother, Roger; niece, Erika; and many friends. Memorial donations may be made to Mother Jones via this link or at P.O. Box 584, San Francisco, CA 94104-0584.