The Americana Music Association, which just wrapped up its 15th Americana Music Festival, is not so much about defining a genre as it is about circling the wagons around a wide variety of roots-influenced styles and staging a big-tent meeting for the faithful. The music spans roughly three generations of artists, from the likes of Loretta Lynn and Billy Joe Shaver, who helped define classic country music; to musicians like Ry Cooder and Taj Mahal, who during the ’70s combined reverence for the past with rock and roll; to young artists like Robert Ellis, The Milk Carton Kids, and others who are innovating and expanding the older traditions with fresh energy. No matter their age, Americana artists are finding a growing audience to start and sustain careers; it’s as much about moving forward as it is preserving the past.  With 160-plus acts in Nashville for this year’s festival, there was no shortage of great music and fascinating individuals. Here are portraits of 11 artists who are definitely worth a closer look. 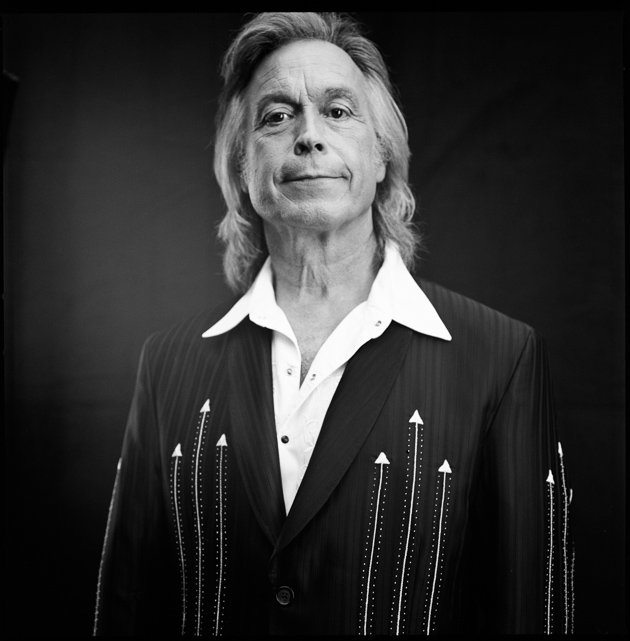 Nashville’s guardian angel of songwriting, Jim Lauderdale, is truly the face, and voice, of Americana—a humorous, kind, and gracious ambassador to the association, and host of the Americana Awards for the last 12 years. Lauderdale’s songs have been recorded by George Strait (more than a dozen of them), Vince Gill, Blake Shelton, and the Dixie Chicks, to name just a few. His most recent album (number 26), I’m a Song, features songwriting collaborations with Elvis Costello, Robert Hunter, and Bobby Bare. Near the end of his set at the venue 3rd and Lindsley, he was joined onstage by Lucinda Williams, who asked the crowd, in her trademark drawl, “Why is Brad Paisley up on all these billboards and not Jim?” 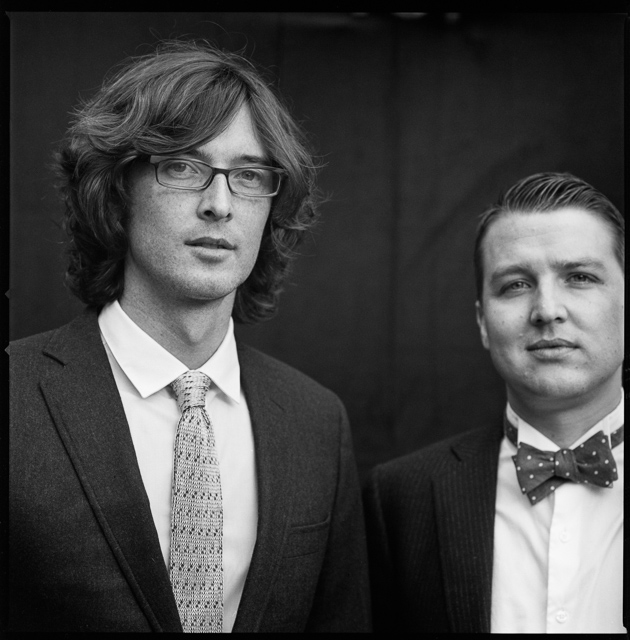 Winners of the 2014 Americana Award for Best Group/Duo, The Milk Carton Kids are the Los Angeles-based guitar and vocal duo of Kenneth Pattengale and Joey Ryan.  With an uncanny chemistry, they blend their voices and guitars through one microphone into gossamer folk songs with the precision and depth of Simon & Garfunkel or the Everly Brothers. 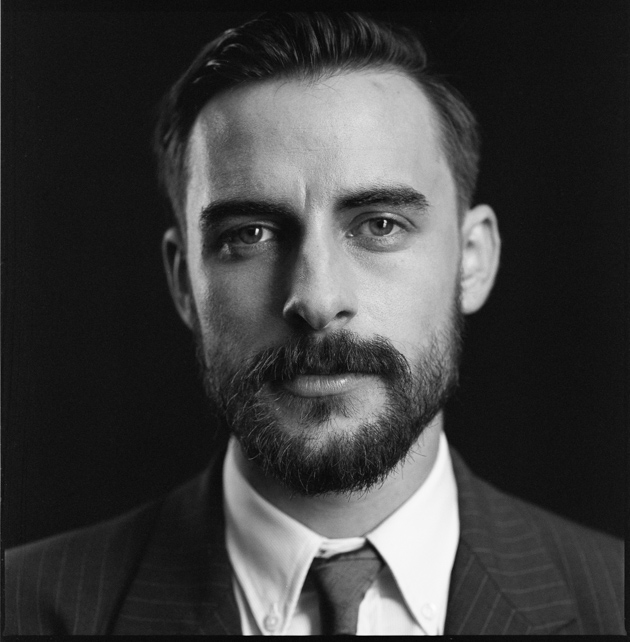 Robert Ellis was nominated for Americana’s Artist of the Year, Album of the Year for The Lights from the Chemical Plant, and song of the year for “Only Lies.” While heavily steeped in country and western music, his current album goes into more experimental territory, blending elements of prog/psychedelic rock and jazz within a sparse soundscape. The Houston, Texas native recently relocated to Greenpoint, Brooklyn. 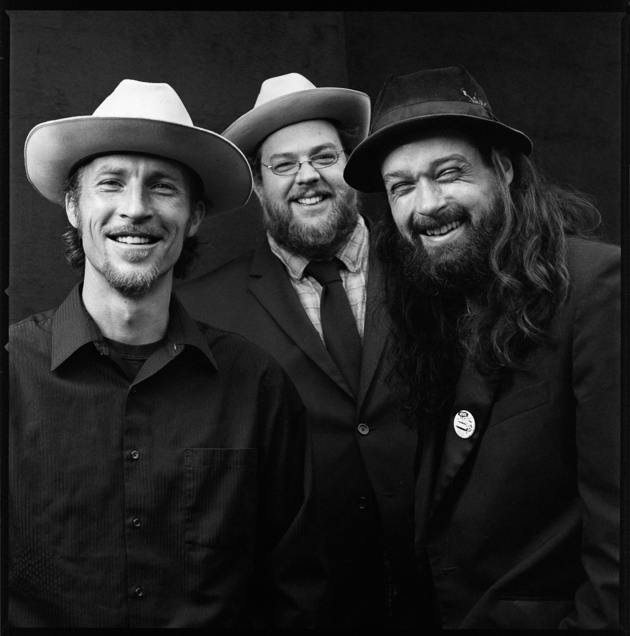 Nashville’s own The Howlin’ Brothers— Ian Craft on banjo and fiddle, Jared Green on guitar and harmonica, and Ben Plasse on bass—play dirt-under-the-fingernails bluegrass, blues, Cajun, social-dance music, and anything else “old-timey” they can scratch up, mixing originals that sit nicely along side timeless songs. Their third album,Trouble, was released this year on Brendan Benson’s Readymade Records. 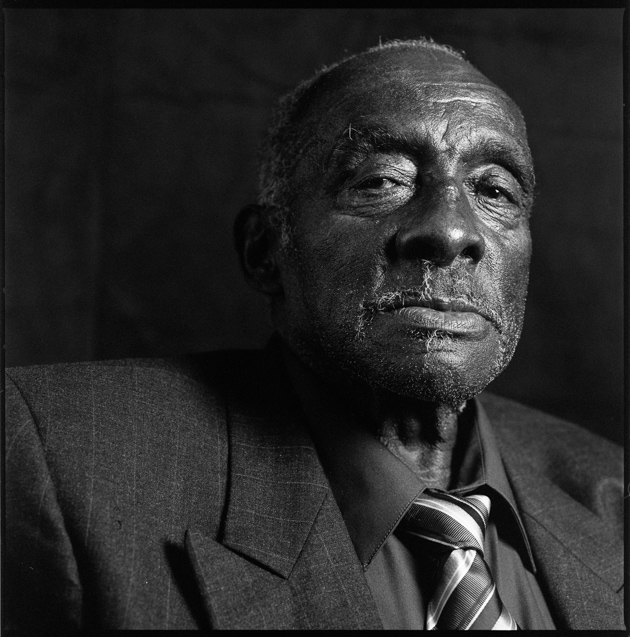 Leo “Bud” Welch of Bruce, Mississippi, is both one of the oldest and newest artists at the festival. Welch, 82, released his first album, Sabougla Voices, early this year on Big Legal Mess Records, home of Junior Kimbrough and RL Burnside. He had been playing gospel in small local churches, and blues at picnics and parties for decades in a stripped-bare style, but a cold call to the record label finally got the ball rolling. 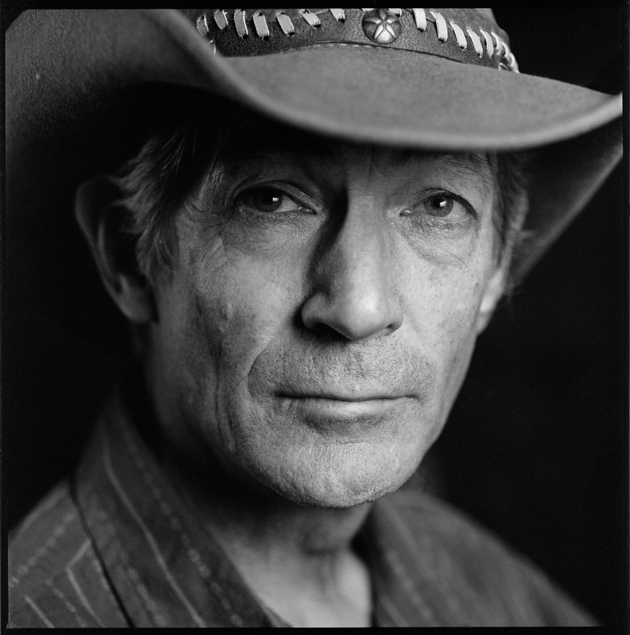 Doug Seegers is finally doing what he was born to do: write and sing soulful, sharp-witted, universally identifiable country songs. For much of his 17 years in Nashville, Seegers was homeless, drunk, and playing for change on the streets. A trained cabinet maker from New York, Seegers had tried to make it as a musician and songwriter in the ’70s and had played in a band with a then unknown Buddy Miller in Austin, Texas. Through luck or divine intervention, Swedish country singer Jill Johnson (country music is big in Scandinavia!) met Doug while producing a documentary on Nashville musicians. Dumbfounded by the quality of his songwriting, she recorded a single with him that hit No. 1 on iTunes in Sweden. Through the path of recovery, and support from artists such as Emmylou Harris, Buddy Miller, steel guitarist Al Perkins, and producer Will Kimbrough, Seegers released his first album, Going Down to the River, on Rounder. 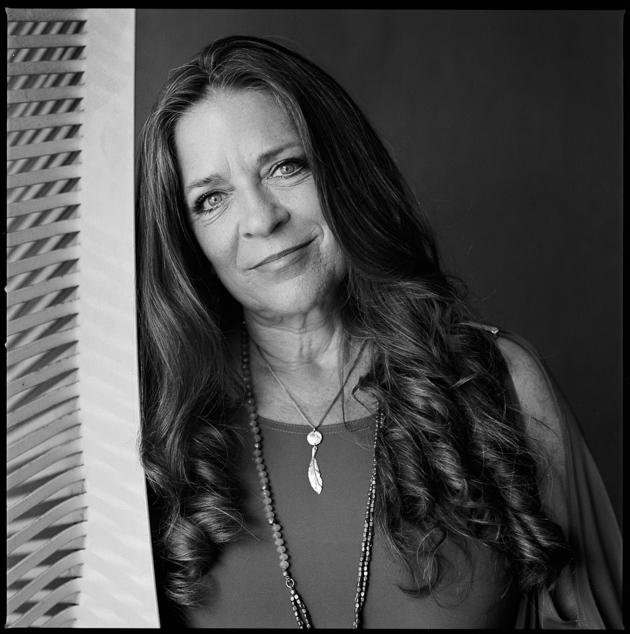 The granddaughter of “Mother” Maybelle Carter, daughter Carl Smith and June Carter, and stepdaughter of Johnny Cash, Carlene Carter is music royalty’s wild child. She recorded her first three albums in England. Her 1978 self-titled album with Graham Parker and the Rumor and 1980’s Musical Shapes, with her then husband Nick Lowe and his band Rockpile, blended country music with high-energy New Wave. Last year, she returned to her family’s legacy with Carter Girl, produced by Don Was. The album brings her youthful energy to songs from the Carter Family repertoire. Beginning in early 2015, she will join John Mellencamp on an 80-date tour. 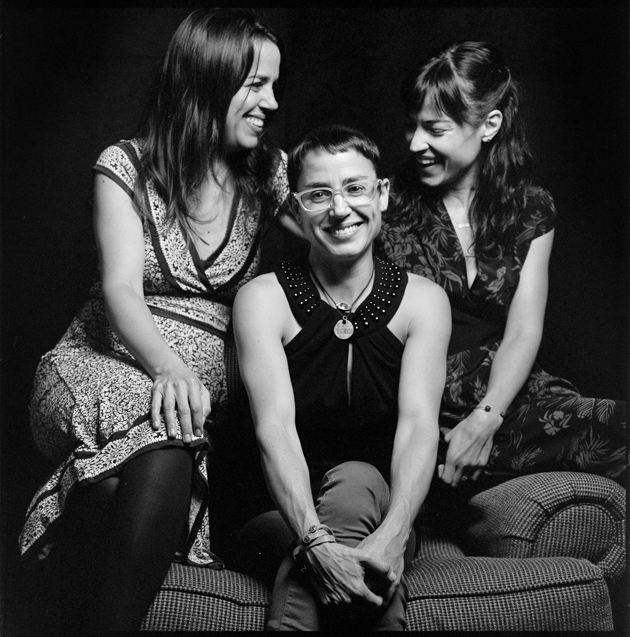 The Haden Triplets use their sibling chemistry to beautifully reanimate classic country and gospel music. They are the daughters of jazz bassist and composer Charlie Haden, who also grew up in a country music family, performing on the radio in Iowa as part of the Haden Family Band. Five years after Charlie’s country music tribute album Ramblin’ Boy, which featured the triplets, they now have their own self-titled album, produced by Ry Cooder and released on Jack White’s Third Man Records. 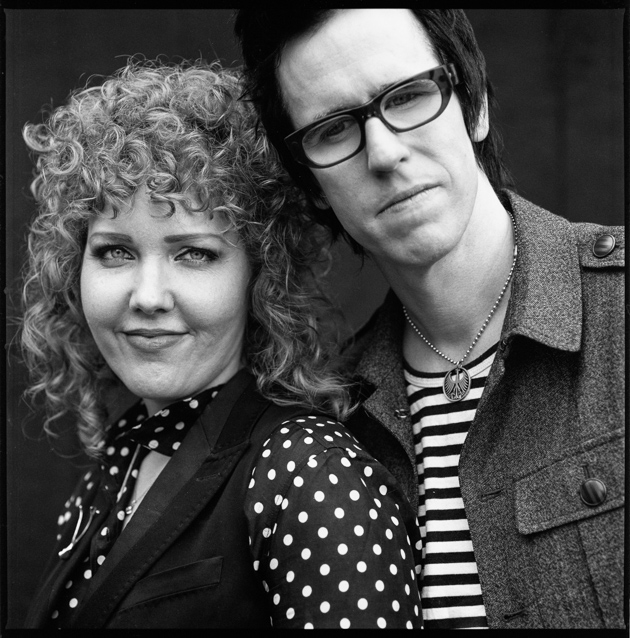 The Mastersons, a husband and wife duo, play straightforward country-inflected rock with big-hearted lyrics, tight song structures, and sweetly intertwined harmonies. They released their second album, Good Luck Charm, this past July on New West Records, but are already touring veterans as the core of Steve Earle’s band, the Dukes. 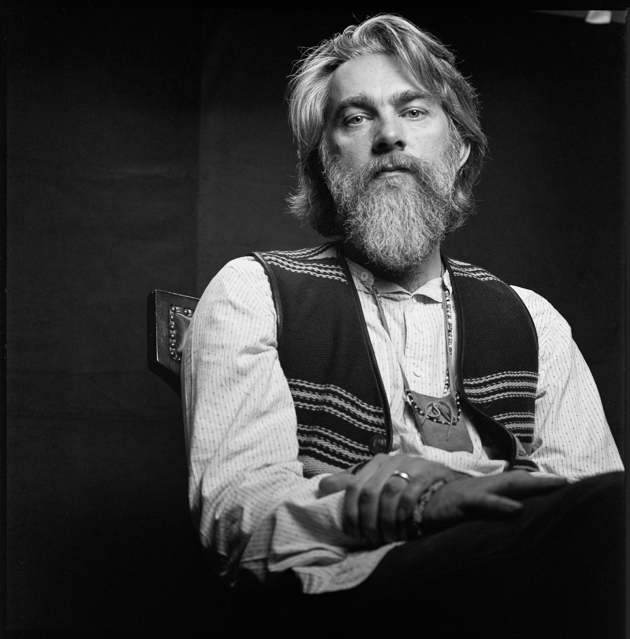 England’s Ethan Johns recently released his second album, The Reckoning, a suite of stark, mythology-steeped songs that draw from British folk and early American blues. Johns also has a substantial career as a producer, having worked with Ryan Adams (who returned the favor to produce this album), Tom Jones, Paul McCartney, and Ray LaMontagne. He no doubt learned a few things from his father, Glyn Johns, the legendary producer of The Rolling Stones, Led Zeppelin, and The Eagles. 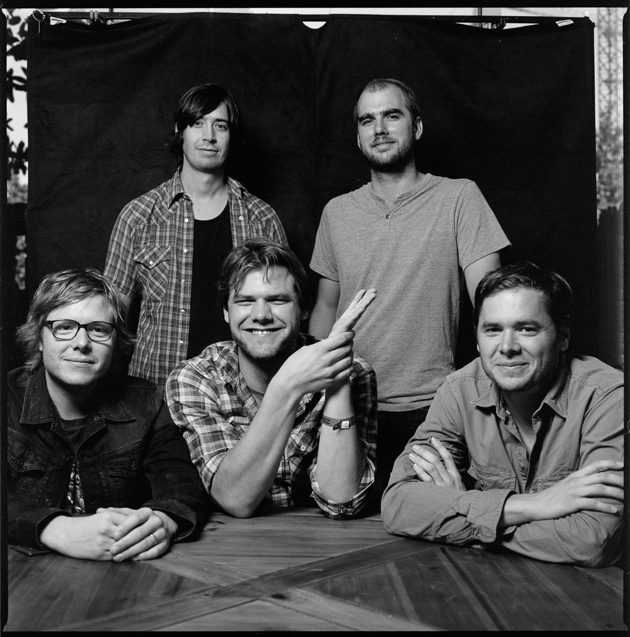 Sons of Bill are brothers James, Sam, and Abe (father: William Wilson), plus Seth Green on bass and Todd Wellons on drums. The band’s sound ranges from “No Depression” alt-country of Uncle Tupelo and Son Volt to Byrds-like folk-rock to the Chapel Hill alt-rock of early R.E.M, and many points in between. Their new album, Love and Logic, is produced by Ken Coomer of Uncle Tupelo and Wilco.