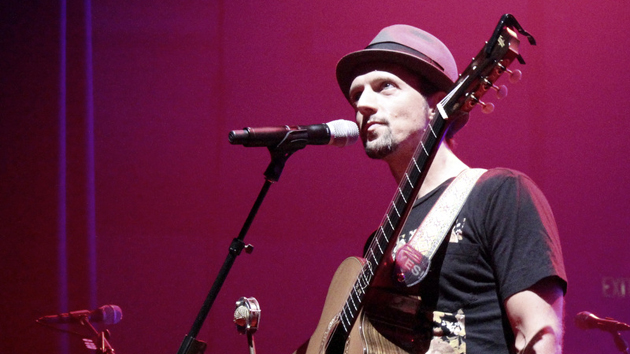 It was the early aughts and the American pop scene was closing out the chapter on a decade of boy bands. Singer-songwriters were up to bat, as John Mayer and Jack Johnson crooned their way up the charts and into the hearts of a nation weary of synchronized dance moves and contrived collaborations.

Armed with an acoustic guitar and an aptitude for wordplay Jason Mraz fit the profile when he burst onto the scene in 2002—and he came with his own distinctive flavor. Hailing from small town Virginia, he cultivated his talent at a New York City conservatory before rounding out the edges in the San Diego coffeehouse scene. He blended these experiences into an eccentric but charmingly optimistic persona—in his debut video he dons a trucker hat, sport coat, an “I love sex” pin, and bunny slippers, and is accompanied by an entourage of chickens.

Alhough he has stopped showcasing his Southern roots (and has dropped the cheeky sexual undertones), the attitude and style captured in “The Remedy” came to define him. “I won’t worry my life away,” he belted between verses originally intended to highlight the silver lining of his best friend’s cancer diagnosis. It was more than just a chorus: Positivity became his doctrine.

In the albums to follow, Mraz cemented his feel-good image and continued to highlight his playfulness. Whether performing at sold-out stadiums or little coffee shops, he charmed audiences with charismatic banter, eagerly and effortlessly connecting to his crowds. He called his fans “friends” and featured them on his website. It’s been a winning way. Over the years, Mraz has taken home two Grammys, two Teen Choice Awards, a People’s choice award, and he’s sold millions of records. 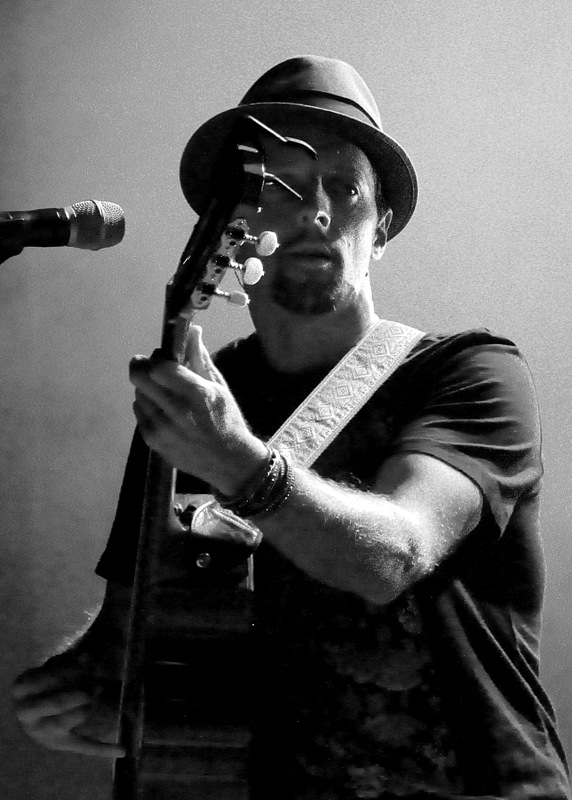 Now, 12 years since that debut album, he’s been busy touring to promote his latest release, Yes!, a collaboration with the band Raining Jane. And while he hasn’t abandoned the positivity thing, he’s become more nuanced about it. Sure, the album is about positivity, he says, but that’s not because he’s an overly happy person. These days, he admits, finding happiness can be a struggle for him. Mraz has recast his carefree mantra as a sort of defensive tactic to cope with his worries.

“I tend to wake up and feel somewhat pessimistic,” he told me. “I will look at the schedule and think ‘Oh my gosh, look at all this I have to do today. There’s not going to be enough time for myself. Am I going to have enough time to put the show together? Is the show going to be great? Probably not? I have already used all my great stuff.’ So anyway, I have this default mode that makes me feel less than—or makes me feel that something is missing.”

Yet while he uses music to drown out those feelings, Mraz doesn’t want to put out songs that won’t make people feel good. His darker compositions don’t make the cut: “What goes on an album is something that I am going to tour. Something that I am passing along to listeners that I think could be valuable music. I don’t want to release music that is a total bummer.”

The persona he’s cultivated over his career, in other words, no longer quite fits. “When I released that first album,” he explains, “my motivations were probably on ego and celebrating my vocabulary and showing off my irregular imagination. Obviously, you read more books, see more documentaries; you’ve had more trials and errors, been in love a few times—had failures. So certainly the perspective changes.”

Even so, Mraz is inclined to give fans what they expect. A few months back, at San Francisco’s Davies Symphony Hall, he put on a great show, complete with improvisational interludes, audience participation, and even footage from an excursion to Antarctica, where he performed for environmental scientists. But at moments he let his sentiments show.

“You read more books, see more documentaries; you’ve had more trials and errors, been in love a few times—had failures. So certainly the perspective changes.”

After playing a few songs with Raining Jane, he took the stage for a solo version of “The Remedy,” which he had recast as a slow, hauntingly beautiful rendition, disguising the familiar upbeat tune. Later in the show, he introduced “Three Little Things,” a peppy song about what he does to recover when his “life falls apart.” People, he griped to the crowd, accuse him of being happy all the time.

The following afternoon, at a fan meet-and-greet hosted at his favorite local restaurant, Gracias Madre, Mraz smiled minimally, performed mechanically, and seemed almost bored to be there. Sandwiched between two big shows, the event was meant to mimic the intimacy of the coffeehouse scene he came up in. The fans, most of who were there thanks to their participation in a local radio contest, didn’t seem to mind, even when he lectured them on the importance of eating local. This was, after all, Jason Mraz in the flesh, clad in his signature, slightly askew trucker hat and belting out their favorites. Apart from some laugh lines around his eyes and a goatee that added a few years to his boyish features, he looked the same as always.

Even if Mraz’s mentality has undergone a shift, his songs speak for themselves. If anything, just focusing on the intentions behind his latest album would overshadow how good it actually is. Yes! may even be his best one yet. He has put aside styles he experimented with awkwardly in the past—notably scat and rap—and created an album with catchy songs, great harmonies, and enough lyrical complexity to make you actually feel something. And even if he recorded only the most uplifting material, the less blatantly positive tracks are among the album’s best. 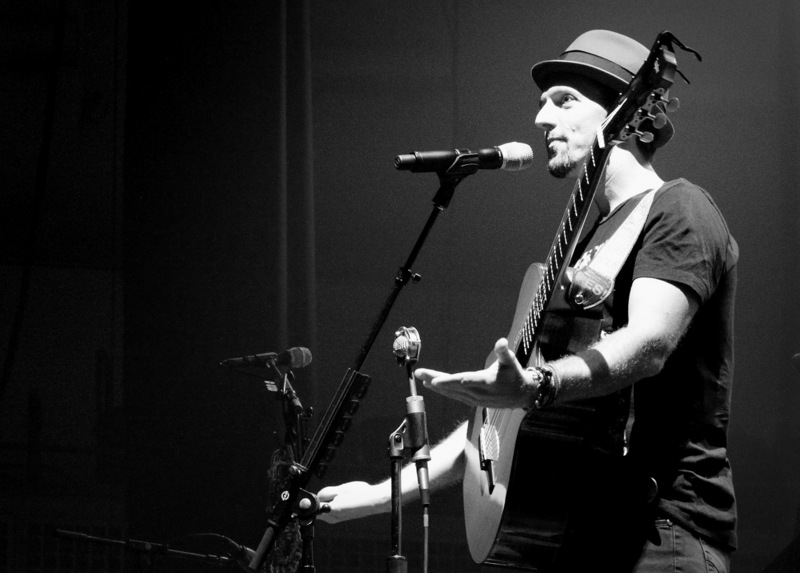 Yes! reveals what we’ve always known about Mraz: He knows how to write a great love song—and that may be his greatest legacy. “My story must be love,” he told me. “Whether it is trying to fill in some lack of love that I think I didn’t experience when I was a kid, or a lack of love that I might feel like I am experiencing right now. I have been able to use art as an opportunity to fill that hole.”

It’s hard to say what’s next for Mraz. He’s not quite sure himself. With one album remaining on his Warner Bros. contract, he has hinted that the next one might be his last, and that he’s entertaining the idea of retiring.

Maybe he’ll spend more time tending to his five-acre Avocado farm in Southern California—you can find Mraz avocados at local farmers markets—or focusing on his charity. He’s outspoken about LGBT rights, and uses his music to advocate for other causes, including human trafficking and environmental stewardship. That Antarctica trip was intended to raise awareness about climate change, and the resulting video for “Sail Away” features penguins and spectacular views. His future might also include parenting, he says.

But Mraz wants people to know that his core philosophy will never change: He’s still a dreamer who, despite himself, wants to make people smile. “We are born into society’s dream. We wake up here on this modern earth, and while it may seem unfair in some areas, at least—” He pauses here for a long moment. “At least we have the opportunity to keep dreaming.”