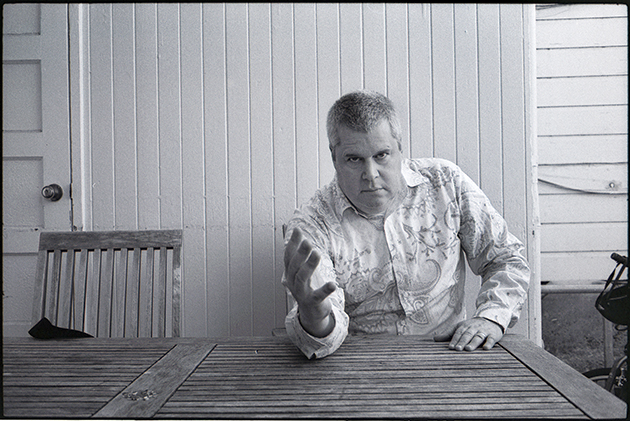 THE NOVELIST DANIEL HANDLER is bobbing ahead of me in the cold bay water at San Francisco’s Aquatic Park. His head, swathed in a red cap, resembles a maraschino cherry, and I struggle to keep up as the current presses me back toward land. “They told me to wear a swim cap so I wouldn’t be mistaken for a seal,” he explains. “So I was always wearing it, but then I wondered, ‘What happens if I get mistaken for a seal? What then?'” 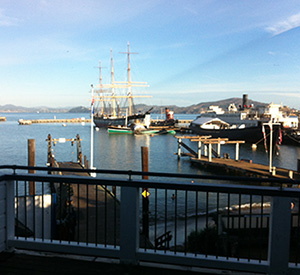 Handler, 44, is best known for his Lemony Snicket kids’ books, but his latest novel, the gruesome and delightful We Are Pirates, isn’t so child-friendly. We’d arranged to meet here at the Dolphin Club, where he swims three or four mornings a week in the presence of historic tall ships such as the mighty Balclutha. Swimming makes him feel free, he says. It lets him shake off his celebrity and escape urban life for a bit.

Mother Jones: You kind of walked the plank yourself after the National Book Awards ceremony this past fall. May I ask what happened that night?

Daniel Handler: After my friend Jackie Woodson won the National Book Award, I tried to say something, in my capacity as host, about literature and culture and our friendship, by telling a story about a conversation we had about gazpacho. It came out terribly wrong, of course, and my consolation is that ultimately we were able to raise more than $200,000 for We Need Diverse Books, which Jackie advises. I’m looking forward to what they do next.

MJ: Okay, let’s talk about the book. Were you into pirates as a kid? 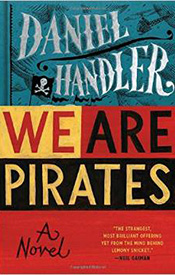 DH: I wasn’t super piratey. I think pirates, like astronauts, particularly for a boy, are always kind of worth thinking about. But in high school, we were given this career test. The list of occupations was pages and pages—then there was “other” at the end, so we got just about everyone in our homeroom to put “Pirate.” It stuck in my head after that. I always liked the water and kind of wished I was out there shouting at people and swashbuckling. Part of it was the utter unsupervision of it.

MJ: Were you a rebellious teen?

DH: I didn’t get into a lot of trouble, but I really loved doing things of my own volition. I actually still have a really close high school gang. We used to sneak into sculpture gardens of museums and have dance parties—this kind of public space that is eerie and beautiful at night, and belongs to the young.

MJ: You imagined piracy as getting to yell at people and be unsupervised?

DH: Well, part of what I hope is the shock of the book is that they talk about swashbuckling and doing a reign of terror, but not till they are in the thick of it do they realize, “Gosh, we have to be really violent, terrible people.” I liked the idea that if you want to get away from civilization, you will be uncivilized.

“For every teenager I know, having a phone is a mixed blessing, because your parents can press a button and figure out where you are.”

I also was thinking about who could want to be somewhere completely out of bounds. Teenagers maybe, teenage girls in particular. And people in senior living. Both are parts of life where you can literally have no time where nobody knows where you are. I remember seeing my sister super angry, feeling like she didn’t have the freedom that I had. She was younger, hemmed in both physically and by expectation. And I was definitely thinking about surveillance. For every teenager I know, having a phone is a mixed blessing, because your parents can press a button and figure out where you are.

MJ: How were you freer than your sister?

DH: People worry more about girls, for a good reason: I don’t think my parents thought I was going to be raped by a classmate or attacked when I was walking alone in some neighborhood. So it’s not just paranoid parents. It’s the same with older people: While I was writing this book we moved my dad into a senior center. He was really sick. But a lot of people who weren’t still ended up in this place where someone literally knows what you are doing all day long. That can’t be an easy surrender. And you see a lot of anger at those places. It’s kind of, “Oh, well, they are old and frustrated.” But if you took a 30-year-old and put them in that situation, they would also be furious!

MJ: Your dad had dementia.

DH: For about 10 years. But I had thought of dementia being in this novel before my father got it. The only way an older person would really make the leap to do this rebellious thing would be that they were letting go of their own life experiences.

MJ: Why did you decide to make your character Gwen’s father a radio producer?

DH: I worked in my 20s for a radio production house that was making shows that aired in different cities. I didn’t like it very much. We would do a travel show and get stringers to go to St. Louis and interview the owners of six restaurants and then throw them together. That’s what we were doing instead of having someone who was really interested in the city go and explore it. And there was always this crazy orgy of corporate sponsorship. So this weird combination of being kind of an unsavory businessman but then not making a lot of money seemed particularly sad and interesting. 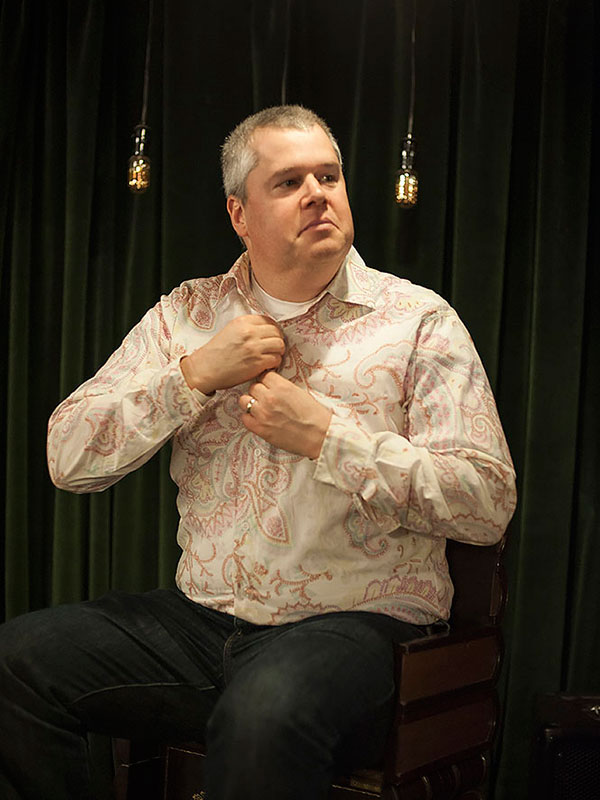 MJ: How else did you make a living before you became a full-time author?

DH: Crummy office jobs, basically. I mean, the radio gig paid well for not that much work, so I had time to work on a novel. That was always the goal. I lived in New York City for a while and worked for magazines writing profiles of people. I was a movie reviewer for a short period. I didn’t like any of that as much, because I felt like it was starting to be real writing. I was engaged with it and wanted to do it well, and that was frustrating because at the end of the day I didn’t want to work on my novel. [A police car rolls by.] Look! We’re being watched.

MJ: There do seem to be a lot of cops in the San Francisco parks these days.

DH: I live near Buena Vista Park. It was remodeled recently. At night men would go there to have sex, and [the city] wanted to have it be less hospitable to that. There was actually this counter-movement of people who were like, “We’re not hurting anybody! In the daytime it’s your park, in the nighttime it’s our park. What’s the problem?” It made me love San Francisco, just like, “We like to fuck in a park and we’re not sure why you’re not letting us!” [Laughs.] I kinda liked it scruffy, and now it looks more like Disneyland. My son’s not going to run into a naked man. On the other hand, so you run into a naked man? Doesn’t seem like the end of the world.

MJ: What kind of research went into We Are Pirates?

“When you start reading nonfiction books about piracy, you realize that it’s actually just a history of desperate people.”

DH: I had to come down here a lot, because I couldn’t get it straight how this whole shoreline looked. I walked out here to determine things like, “Okay, if they fight someone here and then they go to the Bay Bridge, how far is that?” San Francisco has a history of piracy. It felt like exactly the sort of thing that could happen here.

MJ: And you couldn’t resist using our own Treasure Island.

DH: There were so many things like that, where I was like, “Where will they wash up? Oh my God! Of course!” I also started reading all this pirate literature. When you start reading nonfiction books about piracy, you realize that it’s actually just a history of desperate people. And I found powerful the idea that everything we have is, in effect, stolen from everybody else.

MJ: Any favorite pirates from literature or history?

DH: Captain Blood was a movie I saw in high school and I loved the shape of it. It’s really bizarre. I read Richard Hughes’ The Innocent Voyage in sixth grade. I don’t know what drew me to it, but it was like, “Holy Shit, what is happening in this book?” Those are my two pirate icons.

MJ: One recurring theme in We Are Pirates is about how history is written by the winners.

DH: It’s funny, particularly when you’re a writer and you’re doing well, you have that sense of like, “Oh! My view of the world is the one that’s going to be published.” That’s a strange feeling. When you say, “History is written by the winners,” you like to think about someone who isn’t you. You want to think, “Oh, that’s the juggernaut I’m standing against.” But you’re probably part of it.