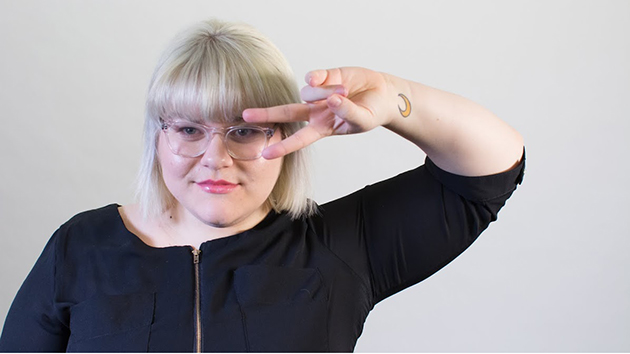 Perhaps the most remarkable thing about Femsplain is what the site doesn’t yet have: haters.

“We haven’t received a single negative comment so far,” founder Amber Gordon told me. In fact, even the comments men have left on the website, which aims to be a safe and creative forum for anyone who identifies as female, have been positive and encouraging of Femsplain‘s mission.

One man reached out to Gordon, for instance, about a personal essay titled “Voluntary Interruptions,” which had encouraged readers to move away from labeling abortions as taboo. “He couldn’t understand why his sister had an abortion—him being pro-life,” Gordon recalls. “After reading this story and all the pain another woman went through, he told me he reached out to his sister, whom he hadn’t spoken to in a while, to talk about what she went through. He thanked us for making him feel welcome.”

“We are trying to create a community off Twitter,” Gordon explained. “Come to us when the world is garbage, and you can connect with similar people and do things better.” Given the unrelentingly hostile internet climate, the absence of hateful comments on a female-centric website qualifies as a temporary victory, at least, for women fed up with online harassment. 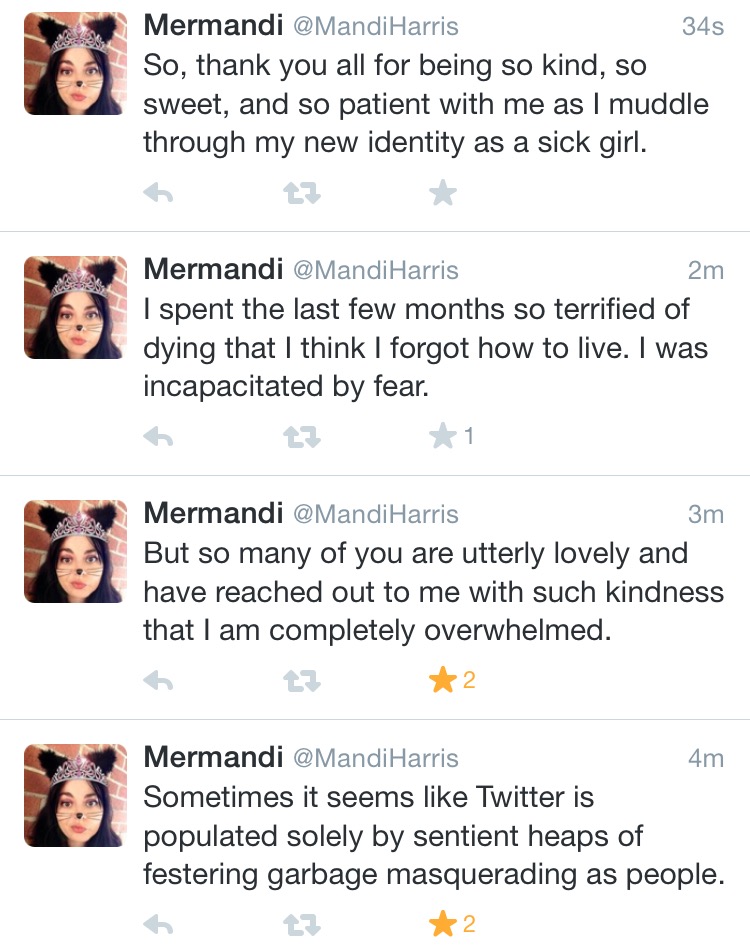 Mandi Harris wrote an essay for Femsplain about her health issues.

While last week’s frank admission from Twitter CEO Dick Costolo that he and the company “suck at abuse” may indicate that a solution to trolls is at the very least being considered, Femsplain‘s fast rise in popularity—just a few months old, the site is getting more than 10,000 views weekly—suggests that women are craving more than a technological fix: They want an open community in which conversations about women can be reshaped.

“It’s a play on mansplain,” Gordon says. “Our goal was to reshape the way in which women are discussed.”

Gordon’s quest to fill that void began this past October. She and three friends who met through Twitter had hoped to turn their own group text conversations into a blog called Sad Drunk Girls. They never followed through on it, but the idea persisted for Gordon. She coded a website with the notion that it would be a platform for themed content written largely by women. She and another friend came up with the name Femsplain.

“It’s a play on mansplain,” Gordon says. “Our goal was to reshape the way in which women are discussed, and take a word with a negative meaning into our own by redefining it and the conversation.”

Each month, Gordon and a small roster of editors put out a call for content pertaining to a broad theme such as, say, “firsts” or “desires,” and then act as curators of submissions that include everything from personal essays on sexuality and domestic violence to audio recordings about one’s first real makeout session. For December’s “Secrets & Secrecy” theme, Gordon penned her own article in which she came out as a lesbian to her friends and family. The overwhelmingly supportive comments her post received, she says, underscored “exactly why we’re doing this.”

The fledgling website already boasts a steady stable of writers and a growing audience—not to mention praise from some prominent feminists and celebs:

But Gordon has bigger ambitions. She recently left her job at Tumblr to work on Femsplain full-time. Earlier this month, she launched a Kickstarter to expand the site, finance a redesign, and pay her contributors. “We believe the content is so good, and it’s important work,” she says. “People are taking the time out of their lives to write for us and we want to compensate them.”

For the moment, Femsplain is a refreshing glimpse of what a hate-free internet could look like. But as it becomes better known, it’s pretty much inevitable that the trolls will come calling.

Gordon says the redesign will address this through a user registration system in which noncontributors will have to be a member for a certain number of days, and agree to the site’s terms of conduct, before they are allowed to post comment. “Ideally, in the future, I want to hire someone whose job is to keep our community safe,” Gordon says. “For now, we’ll block the trolls by hand.”