Last week, the Tampa Bay Buccaneers launched a new campaign to entice female fans. The initiative, called RED, will “re-invent the female fan experience” and “usher in a new age of empowerment for the women of Tampa Bay,” explains team spokeswoman Casey Phillips in a promotional video. Sounds cool, right?

The thing is, RED has little to do with football. Instead, it promises sessions on “fashion-forward team apparel,” “inventive culinary creations,” a Pinterest board featuring “100 recipes for game day,” and food and lifestyle tips for tailgating hostesses. The RED website’s informational videos and interviews with players appear to be based on the assumption that female fans know little or nothing about the sport. The schedule for the upcoming kickoff event features a Bucs Style Suite (for “tips on rocking your best Bucs style”) and a RED Lifestyle Lounge (“learn how to incorporate your passion for football and the Bucs into your other passions: food, wine, decor, tailgating and more.”) 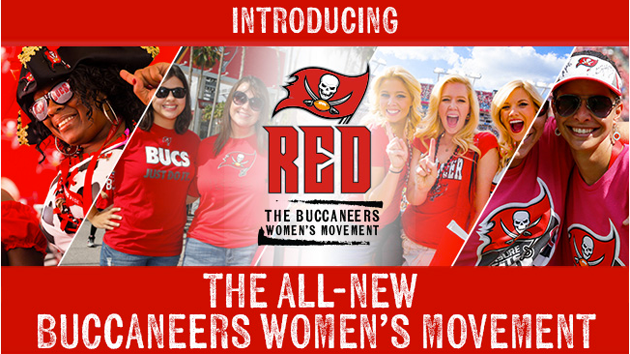 The reaction to this “women’s movement,” as the Bucs describe it, was swift and critical: USA Today called it “embarrassingly sexist” and the Washington Post said the campaign had “infuriated” Bucs fans. The announcement of the campaign set off a mini tweetstorm.

This isn’t the first time a pro sports team has made a condescending attempt to attract female fans. A number of teams have recently hosted ladies nights, including wine, fashion tips, and sessions explaining the sport’s basics. Here are a few cringeworthy examples:

New England Patriots: For the third year in a row, this September, New England Patriots tight end and party boy Rob Gronkowski will welcome a gaggle of pink-shirt-clad ladies to Gillette Stadium for a night of football drills, dancing, and “Gronk-tinis.” While some women have been entertained by the festivities, a 2013 event struck SB Nation’s Lana Berry as condescending. “There was the feeling that this event was marketed to a woman who watches sports to get men,” she wrote. “Or to ogle athletes. Or to go to events hosted by said athlete, in the hopes of getting a moment of that athlete’s attention.”

Houston Astros: Two years ago, the Houston Astros hosted a ladies night, featuring a Baseball 101 talk; a happy hour with the theme of diamonds, bling, and glittery things; a hair salon; and a dance party with Orbit, the team’s mascot. This year’s festivities in May were far different: The “Ladies Grape Escape” featured a wine tasting, appetizers, and panels on breast cancer awareness and women in leadership.

New York Islanders: The Islanders are one of a number of teams to host regular events for female fans called Hockey & Heels. At the event over Valentine’s Day weekend, fans attended a Hockey 101 session and had their photos taken with General Hospital stars Will DeVry and Ryan Paevey. Then guests bid for bedazzled hockey helmets decorated by the actors.

Washington Nationals: Earlier this year, the Nats held a ladies night featuring a dance contest, “special Nationals ladies’ fashions,” and the chance to get “two complimentary glasses of wine and a special Washington Nationals acrylic wine glass with neck lanyard.” The evening’s promotional materials reminded female fans, “There’s no crying in baseball, even if you spill your wine.” 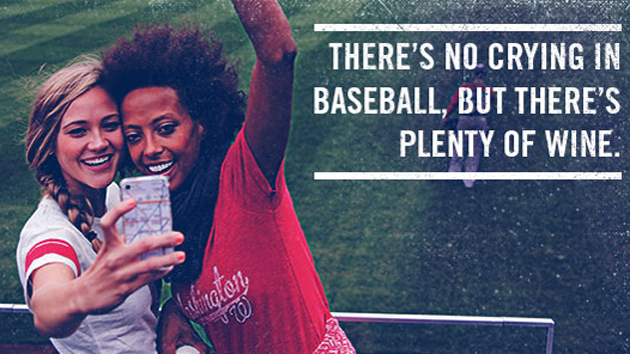