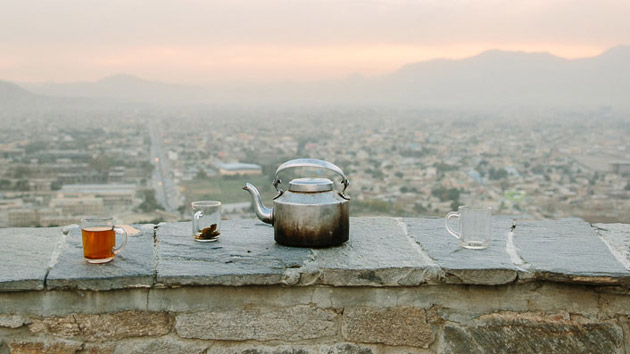 The image made the pages of newspapers around the globe: a young girl in brilliant green, arms outstretched, mouth open in a scream, surrounded by bodies after a suicide bomb tore through a religious ceremony in Kabul in 2011. It’s an image that, for many in the West, reignited concern over what was taking place in Afghanistan, and it earned the photographer, Massoud Houssaini, a Pulitzer Prize. It also was an image that wouldn’t have been captured under the reign of the Taliban—who outlawed the taking of photos.

Houssaini’s work, along with that of three other photojournalists, is explored in Frame by Frame, a quietly devastating new documentary now making the festival circuit. Directors Alexandria Bombach and Mo Scarpelli follow the photojournalists as they document their country’s events in the face of skepticism, censorship, and threats. 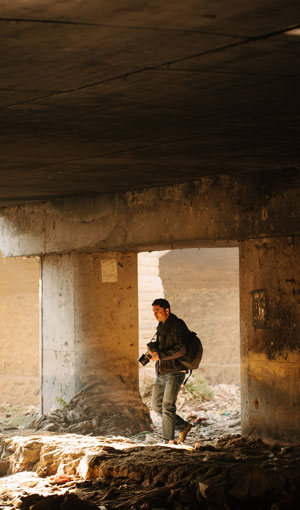 Farzana Wahidy, Houssaini’s wife and one of the only professional female photojournalists in Afghanistan, has the monumental task of documenting the lives of women whose voices are typically silenced—such as a girl who was doused in gasoline by her father-in-law and set alight. Soft-spoken Wakil Kohsar snaps shots from underneath bridges and in the middle of streets where addicts mainline their drugs. Najibullah Musafar, the eldest of the four, now runs a school for aspiring photojournalists in addition to doing his own photography. What they have in common is humble bravery and a deep caring for their subjects. Musafar puts it this way: “If a photojournalist does not have empathy, his photos may be meaningless. If a photojournalist has empathy, he’s able to work on a subject from the bottom of his heart.”

The film, despite Musafar’s poetic musings about the natural beauty of Afghanistan captured in his portrait work, contains a sense of urgency, as though its protagonists are racing toward an uncertain future. Press freedoms have expanded considerably  since the 2001 American invasion, but as the troops withdraw, the threat of a resurgent Taliban looms. In fact, the film opens with Hossaini rushing in to cover a suicide bombing. Arriving on the scene, he warns a colleague, “Be careful that they don’t think we are terrorists.” Soon after, he notes, “These 10 years were a revolution for photography, but I don’t know what will happen now…Government itself is against us sometimes. Taliban will come back somehow, to the government or some part of the country.”

Indeed, the security situation has deteriorated in recent months. “The Taliban has been taking over northern parts of Afghanistan, they’re still very present in the south, and ISIS is in Jalalabad,” Bombach says. In October, the Taliban declared two Afghan TV networks and their entire staffs legitimate military targets. In a recent email responding to questions about Taliban threats, Houssaini wrote simply, “I am not scared.”

His words highlight something else Bombach and Scarpelli reveal, something Westerners miss amid the grisly headlines: the character of Afghan citizens. The film is an ode to a place and a people who fear that the world will forget about them if fundamentalism returns. 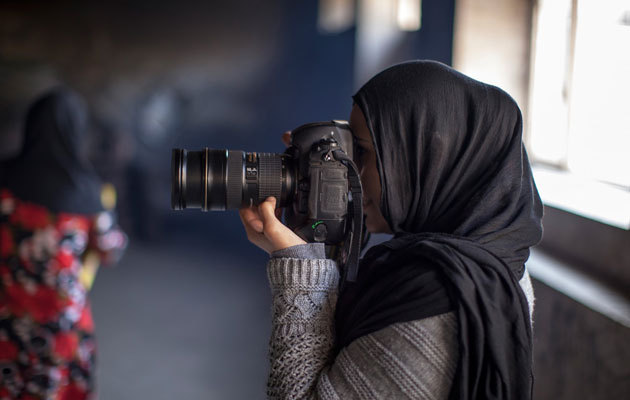 As Bombach and Scarpelli tail their subjects, we get a sense of everyday life in the country: the “smartass” Afghan sense of humor, the tenderness among friends, people holding their chests out of respect when they say hello, men holding hands out of friendship, the vendors who sell “the most amazing fruit,” as Bombach puts it. “People always say there’s something about Afghanistan that gets under your skin.”

Scarpelli adds, “There’s this sense that life is being lived on both ends of a spectrum. Afghans are always talking about flux, but all of it feels normal to them, and you find yourself in the midst of it thinking, ‘God, humans are amazing.'”

Frame by Frame will leave you feeling much the same way. 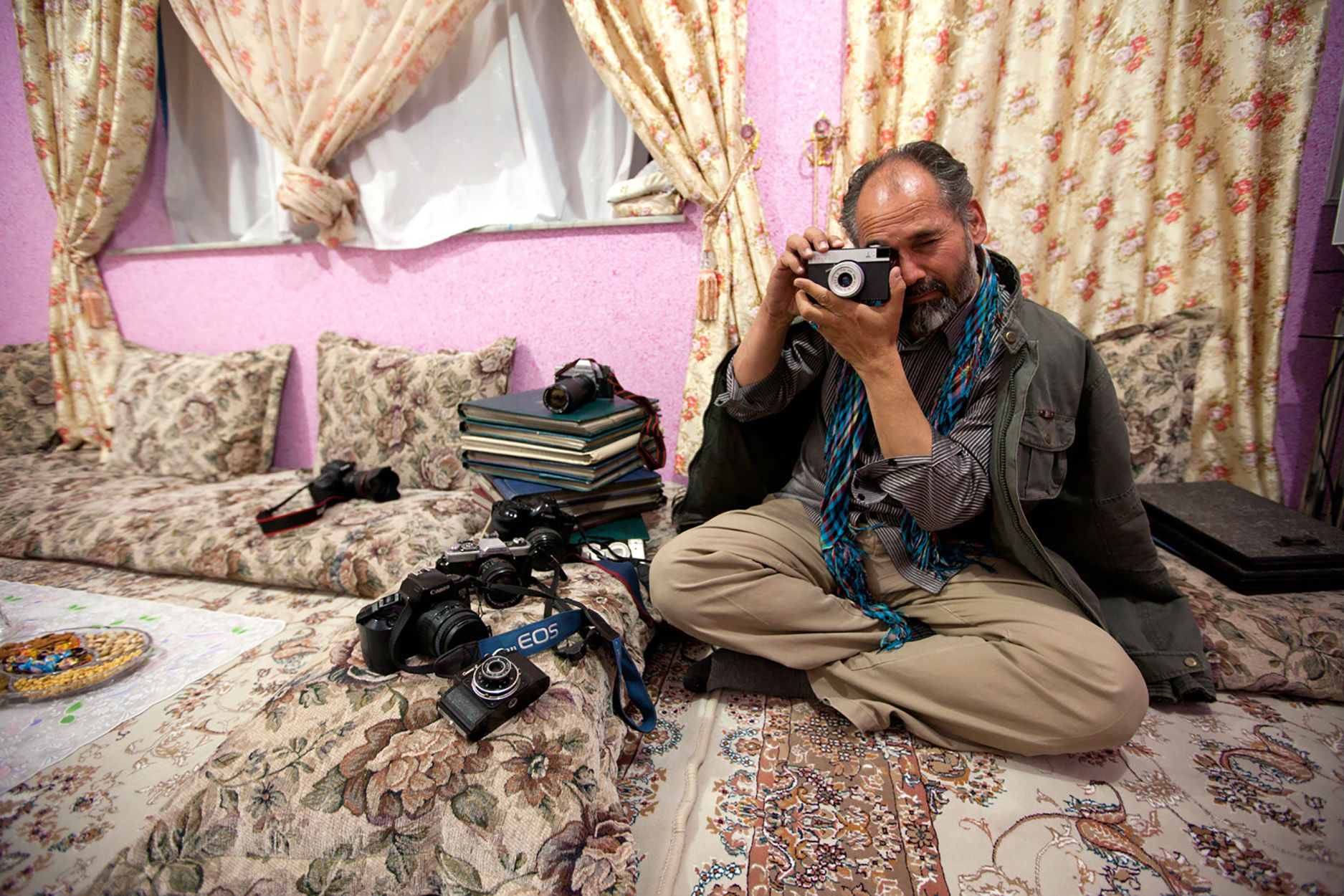