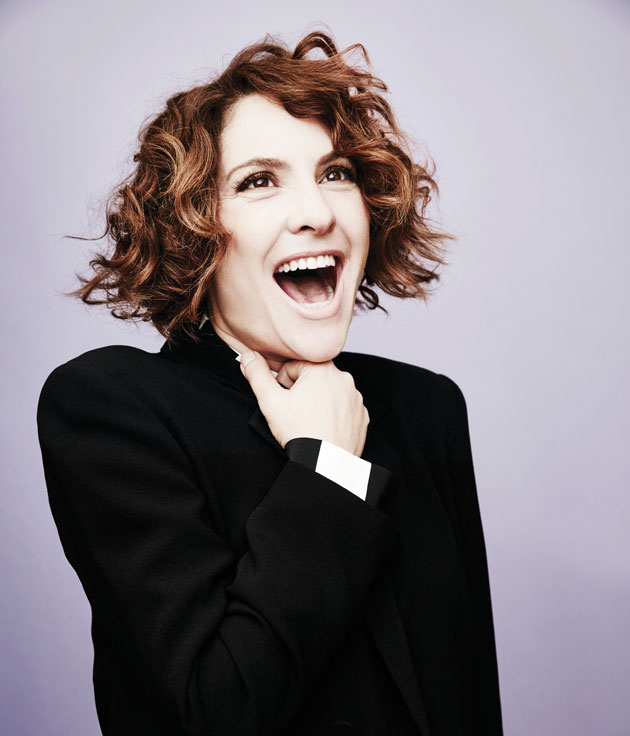 FOR TV WRITER and director Jill Soloway, making good television was never enough. “I used to go on pitch meetings and say, ‘I want to write something that’s never been written before, something that’s going to change the world,'” she said at a recent panel. After attracting attention with zany theater experiments, the Chicago-born writer was plucked to work on shows like HBO’s Six Feet Under and Showtime’s United States of Tara.

But her breakthrough arrived when Amazon bought her series, Transparent. Equal parts comedy and melancholy drama, the show follows the three Pfefferman children, who are stumbling to find their truest selves as their father (played by Jeffrey Tambor) transitions into a woman named Maura. Transparent’s much anticipated second season will premiere in December to a more trans-aware culture, one that has largely embraced Caitlyn Jenner and witnessed the hiring of the White House’s first transgender employee. Soloway, 50, deserves some props for this momentum. In 2015, Transparent took home two Golden Globes and five Emmys, including one for directing. But for Soloway, whose own father, or “moppa,” came out as transgender at the age of 75, “to feel like it’s for a larger cause is the most exciting part of all of this.”

Mother Jones: Where can we expect to see Maura along her transition in season two?

Jill Soloway: She’s past the “who knows?” and the “who doesn’t know?”—the coming-out drama—and now she’s on more of an identity journey: becoming herself and making decisions on her own, her body, and getting into the journey of love and sex.

MJ: Maura’s self-absorbed children seem to have a hard time with adulthood.

JS: Because their childhoods were plagued by this giant secret, they haven’t had a chance to be themselves. Everybody is feeling around in the dark, trying to figure out what the secret is and trying to understand what is real. It’s like living in a carnival fun house.

MJ: What are the challenges in developing a transgender protagonist?

JS: I want to make sure that Maura’s stories are generated and deeply felt from a place of her own desire. Because I’m not trans, I’ve brought in a lot of trans consultants, and we have trans producers. This year, we have [our first] trans woman writer, Our Lady J.

MJ: Your trans-affirmative hiring policy has led to degendered bathrooms on set and about 80 transgender crew and cast members. When you consult with them, do big debates ever arise about how to depict Maura?

JS: I wouldn’t say big debates. There’s not only one way to represent the trans experience. Some trans folks will say, “This is a great story line,” and others will say, “This is offensive.” We’re always open, and we’re lucky to have so many trans people involved.

MJ: How do you see the show’s role, given this historic year?

JS: The folks who have been living as trans people are the generators of this movement. We’re just part of the tsunami. I happen to be a family member of a trans person. I felt ready to catalyze this personal information into entertainment, so I’m happy to be part of this revolution, but it would be too much to claim any responsibility for it.

MJ: Obstacles still exist, like efforts to police where people can use the bathroom. Do you see this changing?

JS: Yeah, I actually do. There are some simple solutions. If you go to Europe, public bathrooms have any-gender sink areas and stalls for everyone to use. This is completely reasonable. It potentially involves the destruction of the urinal industry, which I think people would be happy to see go away.

MJ: Do you think Caitlyn Jenner’s story has helped the cause?

JS: I think it’s great. There are a whole bunch of people—Republicans or sports fans or reality TV fans—who probably would never have recognized that they have trans people in their world. Caitlyn Jenner really is thinking about the movement and saving lives, so I know that her intentions are honorable.

“I think kids are much more capable of understanding the idea of being transgender than adults.”

MJ: Do your kids watch Transparent? Does it stoke their curiosity about gender?

JS: Well, I have one kid who’s in college, so he’s pretty caught up. And then I have a six-year-old who has been on the same journey as the rest of us, learning about a grandparent’s transition. I think kids in general are much more capable of understanding the idea of being transgender than adults.

MJ: What about your parents—how have they reacted to the show?

JS: Both of my parents have visited the set. And my moppa and Jeffrey Tambor have met, and moppa’s really quite thrilled.

MJ: You’ve described Hollywood’s sexism as a “state of emergency.” What advice could you give to female filmmakers and actresses to help fix this?

JS: Along the way, female filmmakers will have the feeling that they’re not good enough. And that’s really just a result of being “otherized” from the moment they’re born. Keep an eye out for all those insecurities, and even expect them. Borrow white male privilege and just move through the world as if it was created for you. You have to kind of talk yourself into an imaginary space where the world is on your side and expects you to speak and wants you to speak. You have to create that space for yourself over and over again. Every hour sometimes.