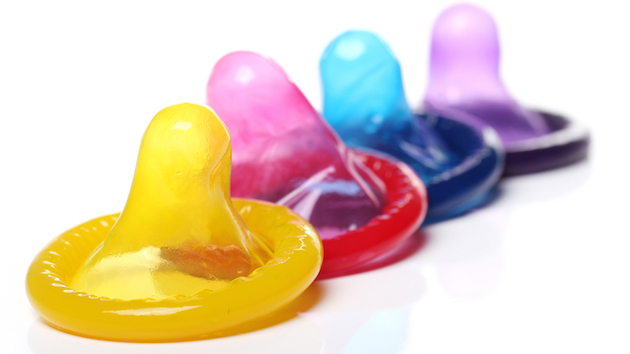 Since the regulations were first proposed in 2009, some porn advocates and public-health academics have offered suggestions that they say make the rules more realistic for those in the multibillion-dollar industry. Many of them say they have felt ignored. On one draft of the regulations, the OSHA board dismissed all of the Free Speech Coalition’s 37 concerns, including objections that the measure failed to sufficiently protect workers’ medical privacy and ignored the possibility of using HIV-prevention drugs as an option for protection. “We understand that they feel it will affect their livelihood, but Cal/OSHA’s primary concern is the health and safety of workers,” an exasperated public information officer from the California Department of Industrial Relations, which includes OSHA, told me before the meeting.

A few minutes before the meeting, Eric Paul Leue, the Free Speech Coalition’s executive director, spoke privately to the workers, urging them to stay optimistic and reminding them that the OSHA board was in a difficult position. “Usually, workers and the board are fighting employers,” he said. “In this case, the workers and employers are fighting together.”

After nearly five hours of testimony, in which about 100 performers, directors, and production staff members spoke against the package of regulations—and a few former performers expressed support for it—the OSHA board struggled with the apparent contradiction of workers who were actively opposed to the OSHA protections. “I’m a labor representative. I work with working people for a living,” Dave Harrison, an OSHA board member, said. When he first heard about the regulations, “it was almost like, ‘Oh, okay, the porn industry’s coming out for an issue. What’s going to happen here?'” He chuckled. “But as the rule-making process works through, I’m actually more torn over this than I could ever explain.”

For the measure to succeed, four votes were needed, but it failed in a final vote when three board members voted for the regulations and two opposed it.

Here’s what you need to know about the proposed rules and the conflict that surrounds them:

What’s the opposing position? OSHA argues that frequent testing isn’t the same as prevention. Several performers testified Thursday that they’d gone entire careers without contracting an STI, but past research has indicated a high rate of gonorrhea and chlamydia among performers. Earlier this month, the Centers for Disease Control and Prevention published a report documenting an incident involving male adult-film actors, in which an actor received a false-negative result on an HIV test in 2014 and then went on to infect two other people before his next testing date. Newly HIV-positive performers have forced the industry to declare periodic shutdowns, during which production is suspended for a few days while all the actors receive testing. Advocates have maintained that most infected performers do not contract HIV on set.

That’s no comfort to Sofia Delgado, one of the few performers who supported the regulations at the OSHA meeting. Delgado told me that she had been working in porn for just months when she tested positive for HIV in 2013, at age 20. Afterward, she couldn’t work, and now she says she’s saddled with thousands of dollars in medical expenses each month. “I felt so safe,” Delgado told me. “Everybody I was with was tested, but it didn’t matter.” If her partners had been using condoms, she says, she would at least be sure she didn’t contract HIV while working. Back then, PASS required testing once a month. “You’re having sex every day, so for 30 days you’re exposing God knows how many people to disease,” she said.

Additionally, the new regulations would have required producers, not actors, to pay for tests, saving employees hundreds of dollars per month—a point that none of the workers brought up in their anti-regulation presentations.