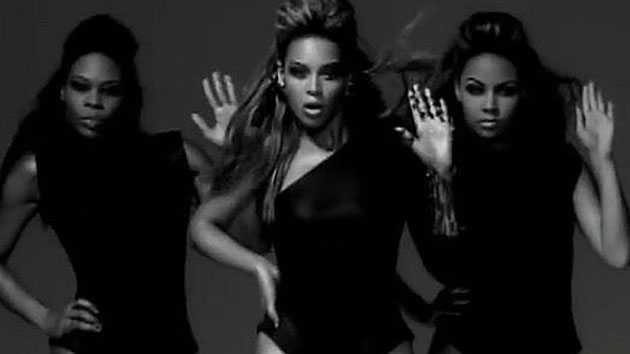 In the months before she got married, Rebecca Traister, a New York magazine writer known for her thorough coverage of Hillary Clinton’s presidential campaigns, felt compelled to write a book about single women. She realized her own identity had been forged during her single years—unlike her mother’s generation, which married young. And while she was looking forward to the marriage, she didn’t see it as transformative. She already knew exactly who she was.

Traister didn’t want to write about herself, though, so she took a more general approach. The result is All the Single Ladies: Unmarried Women and the Rise of an Independent Nation, named for, yes, that Beyoncé song. “Women are very rarely recognized throughout history,” Traister says. “It’s been a real struggle throughout history to get female accomplishments recognized, appreciated, and acknowledged, much less celebrated or credited.”

The book, five years in the making, does just that, tracing the impact of unmarried women on the nation in astonishing detail. The goal, Traister told me, “is revealing independent women as fully complicated, nuanced adults.” Here are a few noteworthy takeaways:

1. Best friends are as important—often more important—than spouses: Perhaps the most emotionally impactful chapter in All the Single Ladies is the section on female friendships. The chapter is named “Dangerous as Lucifer Matches” after an accusation from Charlotte Brontë’s husband, Arthur Nicholls, who was not happy about her correspondence with her best friend, Ellen Nussey. Bronte wrote to Nussey that Nicholls felt “such letters as mine…are dangerous as Lucifer matches” and bade her destroy the letters after reading them. Nussey wrote back, pledging that she would—but she never did. Traister uses the chapter to write fondly of women who are happy with their single lives, thanks to fulfilling friendships that provide most of the same comforts and practicalities one looks for in a partner. Take the bond between Aminatou Sow and Ann Friedman (whose friendship-centric podcast, Call Your Girlfriend, is well worth a listen). The two share everything, from opinions on politics and pop culture to one another’s insurance information. “There aren’t any ceremonies to make this official,” Traister wrote recently. “There aren’t weddings; there aren’t health benefits or domestic partnerships or familial recognition. There has not yet been any satisfying way to recognize the role we play for one another. But, as so many millions of us stay unmarried for more years, maybe there should be.”

2. Single women are at the heart of America’s reproductive rights battle: A woman’s right to determine whether and when to bear children has been a huge part of the battle for gender equality, in part because it is tied so closely to female sexual autonomy. Traister examines the modern state of reproduction, looking closely at egg-freezing policies, IVF technologies, and the increasing tendency of women to delay their pregnancies. In 1970, the average age of motherhood was 21.4—in 2013, it was 26. Moreover, the number of women who gave birth after age 35 rose by 64 percent from 1990 to 2008. The strength in Traister’s analysis is that she looks critically at fertilization technologies, and who gets access to them. In doing so, she recalls the (usually) GOP-led campaigns encouraging women to not “forget” to have children by getting caught up in other fancies—such as careers, just in case you were looking for a throwback to the Stone Age.

3. The 2016 election is super important for single women: Income inequality issues encompassing the minimum wage, health care reform, paid family leave, and welfare are at the forefront of the fight for gender equality. “Raising the minimum wage is crucial,” Traister says. “Two-thirds of minimum-wage earners are women, and a raise would disproportionately impact single women who are close to the poverty line and don’t have a second income to count on.” The stakes are highest for women of color. As Traister notes, median net worth—that is, total assets—for single white women is $41,500 (versus $43,800 for single white men). For single black women and Latinas, it’s $100 and $120, respectively.

The makeup of the Supreme Court is also in the balance, Traister point out, and not just because of the Scalia vacancy. The next president will likely get additional appointments. “If a Republican is elected president and we have a Republican Congress, we’re probably going to see drastic reductions in social safety nets and welfare benefits and social security and health care,” she says.

4. Marriage can be an economic necessity—but it needn’t be: The median age of a woman’s first marriage is 27, compared with just under 21 back in 1970. And that’s good, because states where people marry the latest have the lowest divorce rates. Traister hypothesizes that as women and men stay independent longer, they perform all of the everyday tasks of adulthood alone, thereby whittling away gender stereotypes around, say, doing the laundry or mowing the grass. “A social economic equality develops,” she says, “and they see each other as actual peers if they do marry each other.”

But not all women have this luxury. Economic realities can put a strain on singledom, especially for low-income women who need to be part of a two-income household just to get by. Policies that take these women into account—via changes to the health care system, equitable pay, a more robust welfare system—could address that, Traister says: “If women have the abilities to to enable them to live outside marriage—economic stability, a good sex life, social gratification—then they don’t need to get married unless someone compelling comes along.”

5. Single women don’t hate Hillary, despite what the media says: Sure, they favored Bernie Sanders in the early primaries, but those were predominantly white states, notes Traister, who has spent much of her career documenting Clinton’s political career. (See Big Girls Don’t Cry.) And then, of course, Clinton clobbered Sanders in South Carolina, with nearly 74 percent of the Democratic vote. Single women’s interests have always aligned with Clinton’s policies, Traister adds. And while the two candidates’ views are often strikingly similar, Sanders has been more concerned with income inequality without particular attention to gender. Single women “are going to vote for Hillary probably with a lot more enthusiasm than anybody’s guessing right now,” she says.