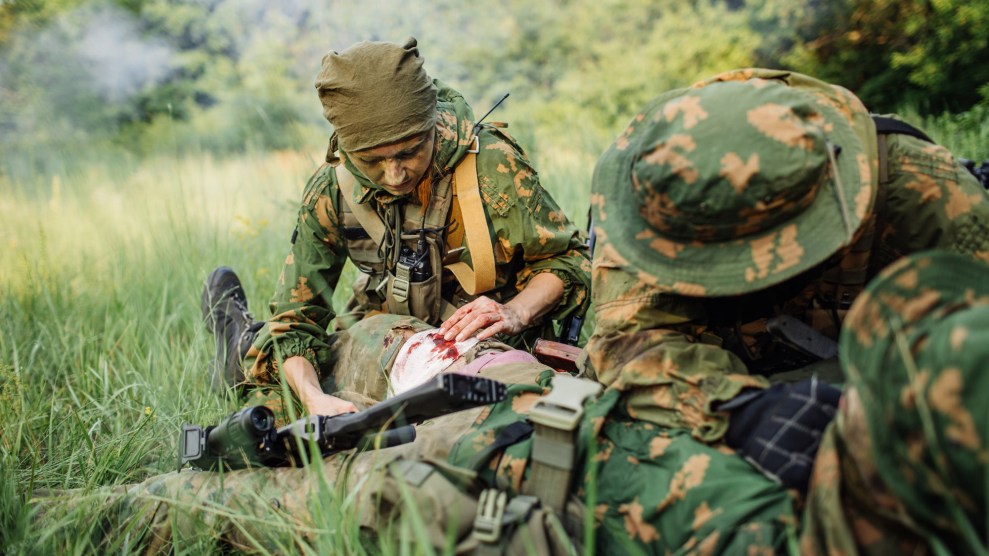 We can thank the armed forces for a lot more than just national security: Many advances in modern medicine we take for granted came from scientists’ work trying to keep soldiers safe. Everything from inventing certain mosquito repellents to treatments for dysentery and diarrhea have come from the military’s medical breakthroughs.

That’s just one of the insights Mary Roach shares on this week’s episode of the Inquiring Minds podcast. The writer also tells host Indre Viskontas about advances in ear plugs, a method of cleaning battle wounds that involves maggots, and the latest innovations in penis transplants.

Most or Roach’s studies and anecdotes come from her latest book, Grunt: The Curious Science of Humans at War, which keeps with her style of single-syllable-science-titles (Gulp, Stiff, Bonk) but has a completely new theme: the military. Roach got the idea for the project while she was reporting in India and learned that the world’s hottest chili pepper, the bhut jolokia (also known as the “ghost chili”), has been weaponized by the Indian Defense Ministry.

“Military science suddenly presented itself to me as something that was more esoteric and broader…and less focused on bullets and bombs,” she explains.

Roach talks about inventions as old as military toilet paper, and newer advances such as penis reconstruction and replacements. The procedure wasn’t an option in the past, Roach says, because injuries that left soldiers without lower limbs or genitals were often fatal. Advances in medical treatment mean soldiers often survive below-the-belt wounds and may need genital reconstruction. The surgery is still uncommon: There are only about 300 genital injuries for every 18,000 limb amputations, she says. On her visit to a cadaver lab at Johns Hopkins, Roach was able to learn about the arteries necessary to connect in order to perform a successful surgery.

“It’s like transplanting a tree,” Roach says. “You don’t just lop it off, you take the roots and the soil around it.”

Roach is known for her squirm-inducing but always fascinating subject matter, such as cadavers, fecal transplants, and pig sex. In Grunt, Roach even details the healing power of maggots. As medieval as it sounds, the creature is incredibly efficient at cleaning wounds. Although the knowledge had been around for centuries, it was World War I surgeon William S. Baer who noticed a soldier who had been lying in the fields for days returned to camp with large open wounds that were free of infection. When he saw that maggots had been eating the dead flesh, allowing the wounds to heal, Baer started using the insects. Today “maggot therapy” is used on diabetic patients; the insects are even approved by the FDA as a medical device. While military surgeons are open to the idea, Roach says, getting hospital staff on board is a challenge.

“It’s been an uphill struggle…they’re maggots, they’re gross!” Roach said. “The nursing staff has to be trained in how to change the maggot-dressing and they might not want that added to their duty list.”

Roach sees her exploration of military science as illuminating some of the grizzly realities of war.

“Even when things are going okay in the military, even when no one is shooting at you, it really sucks,” Roach says. “It’s not a political book, but it’s kind of an antiwar book in its own way.” 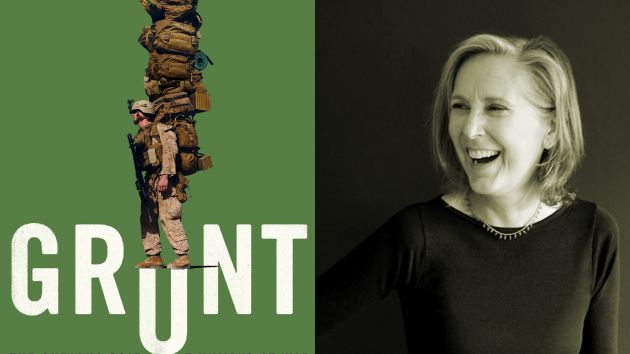 MJ: Did hanging out with soldiers and researchers change any misconceptions you had about the US military?

MR: I didn’t have any conception of this world at all. I didn’t realize that almost any of this existed—the Naval Submarine Medical Research Lab, or NAMRU Three or the Walter Reed Entomology Branch. That was all a surprise to me. I had maybe a misconception that everyone in the military was sort of hawkish. But in fact, the people who deal with the aftermath of war, trying to repair people’s bodies and minds, they are understandably quite anti-war. They’re not big boosters of war, particularly the people I talked to at the Armed Forces Medical Examiner System. Pathologists, people who have a real, day-after-day, graphic presentation of what war does to the body. I wasn’t really expecting that.