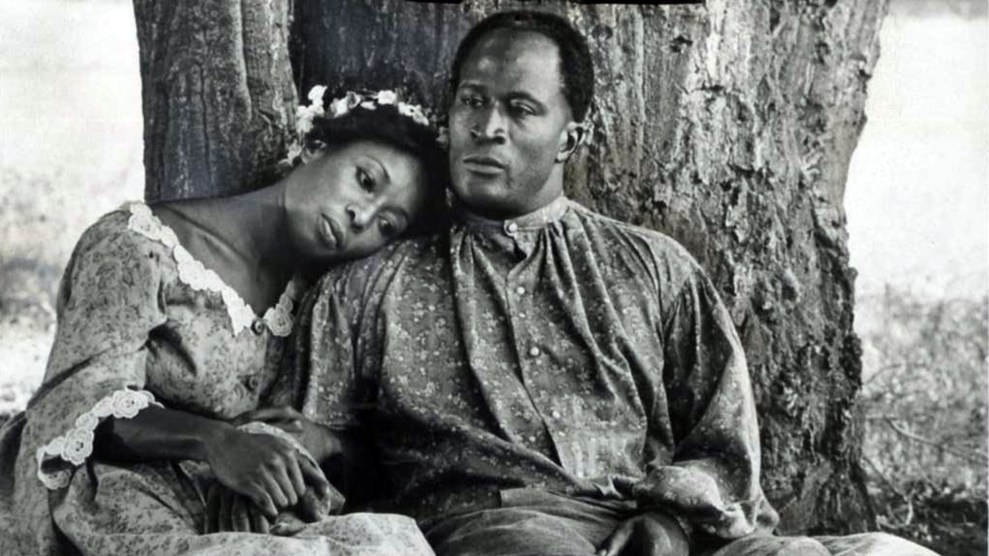 The Roots miniseries that aired back in 1977 had the largest black cast in the history of commercial television—and the biggest audience numbers, too. It drew more than 100 million viewers in the United States, and millions more internationally. This unprecedented success seemed to herald new possibilities for black employment in television and film, and optimism that more black-themed shows would cross over to white audiences. But nearly four decades later—think #OscarsSoWhite—that dream remains unfilled. With History’s Roots remake now making headlines, it’s useful to look to the original series as a cautionary tale on the pace of progress in Hollywood.

“If people perceive ‘Roots’ to be a black history show—nobody is going to watch it.”

Roots failed to change the racial dynamics of the industry primarily because Hollywood executives perceived it as a unique black story they could pitch to white audiences. In discussing the casting, the creators emphasized that Roots would have to appeal to whites to succeed commercially. Alex Haley’s best-selling book, the basis for the saga, contained no major white characters—but that was never seriously considered as an option for television.

Producer David Wolper argued that hiring white “television names” was the only way to ensure that Roots wouldn’t be marginalized. “If people perceive Roots to be a black history show—nobody is going to watch it,” he said. “If they say, ‘Let me see, there are no names in it, a lot of black actors and there are no whites’…It looks like it’s going to be a black journal—it’s all going to be blacks telling about their history.”

Wolper, whose son Mark produced the new Roots, was a white TV veteran who had pitched and developed programs for two decades before Roots came along. He understood as well as anyone the logic of race and demographics that governed Hollywood in that era. For Wolper and for ABC, it was simple arithmetic. “Remember, the television audience is only 10 percent black and 90 percent white,” Wolper said following Roots‘ record-breaking run. “So if we do the show for blacks and [only] every black in America watches, it is a disaster—a total disaster.”

Roots was successful in many ways. It sparked a national conversation about race and slavery. It helped legitimize the miniseries format and begat several follow-up projects—Roots: The Next Generation (1979), Roots: The Gift (1988), and Alex Haley’s Queen (1993). It also paved the way for unrelated miniseries such as Holocaust (1978), The Thorn Birds (1983), and Winds of War (1983). It made ABC (and Doubleday books) a ton of money to boot. But what Roots didn’t do was persuade the suits to greenlight more shows with black leads.

“I thought we would have jobs up the wazoo, and there were no jobs…We were very disappointed.”

Roots‘ black cast members felt this failure acutely. “We were so fabulous I thought we would have jobs up the wazoo,” Leslie Uggams, who played Kizzy, told Wendy Williams in 2013. “And there were no jobs. I didn’t get another job until two years later when I did a show called Back Stairs at the White House. We were very disappointed, because we had all these accolades; it was like we did our quota, and now that’s it for the rest of time.” Lynne Moody, who portrayed Alex Haley’s great-great-grandmother in the original, said she “thought Roots would skyrocket me,” but when those acting jobs failed to materialize, “I felt the color of my skin” and fell into a “deep depression.”

When an interviewer asked John Amos, the actor who portrayed the grown-up Kunta Kinte, whether he’d reaped any rewards from Roots, Amos joked, “Yeah, the unemployment office.” Even David Wolper conceded that Roots‘ success had limits. “I don’t think it changed race relations,” he told an interviewer in 1998. “I think for a moment it had an impact. Did it help African American actors? No. A lot of them couldn’t get work even after Roots came on. Did more stories about African Americans show on television? No.” 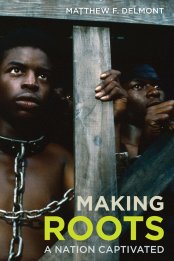 The new series plays out, of course, in a very different cultural landscape. The Black Lives Matter movement has drawn national attention to the mistreatment of African Americans by the police. And the #OscarsSoWhite social media campaign called out the problematic lack of color in Hollywood’s production pipeline with help from watchdogs like UCLA’s Bunche Center, whose annual “Hollywood Diversity Report” compiles data showing how people of color are underrepresented as actors, directors, and writers in film and television.

America is far more racially and ethnically diverse today than it was in 1977, but Hollywood has been slow to catch up, particularly at the cineplex. And while the success of recent black-led television shows, including How to Get Away With Murder, Blackish, Empire, and Underground, is a hopeful sign, there’s no guarantee this trend will continue.

If Roots proved anything, it’s that high ratings aren’t enough. There have to be more people of color (and women, for that matter) in the writer’s room, behind the camera, and, crucially, in positions of power at the studios and talent agencies that determine what America watches. The Roots remake, though well worth watching, is an apt reminder that the road to equal opportunity is a long one.