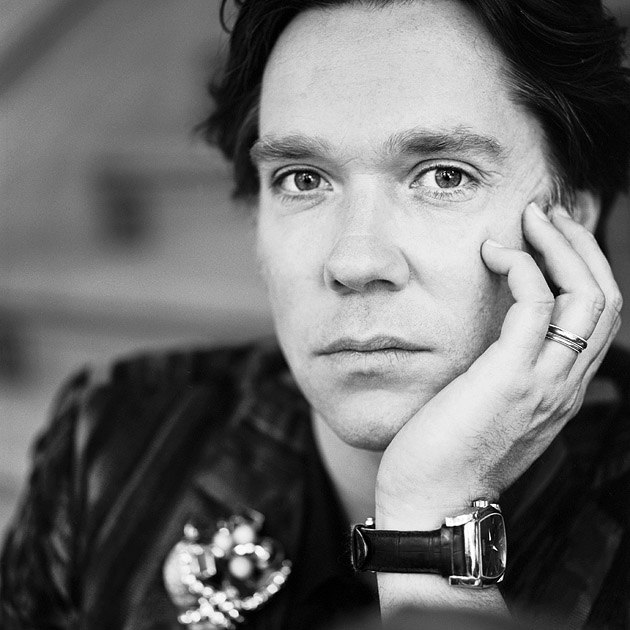 Rufus Wainwright, the son of critically admired folk singers Loudon Wainwright III and Kate McGarrigle, grew up amid a bramble of musical siblings, aunts, in-laws, half-siblings and close family friends. (Wainright also has a daughter with Lorca Cohen, daughter of Leonard Cohen, whom he co-parents along with his husband.)

While maintaining the family legacy of incisive songwriting, Rufus has stood on his own as a genre-expanding songwriter, incorporating elements of classical music, opera, and the American songbook into visceral contemporary music, beginning with his self-titled debut in 1998.

He has made those influences more explicit during the last decade with 2007’s Rufus Does Judy at Carnegie Hall—a live, song-for-song re-creation of Judy Garland’s Live at Carnegie Hall album, and an opera, Prima Donna, which Wainwright composed and produced in 2009 and released as an album in 2015.

Earlier this year, Wainwright released another classical work, All My Loves, which presents nine Shakespeare sonnets in both dramatic recitations and composed arrangements. The eclectic treatment under producer/arranger Marius de Vries—who previously collaborated on Wainwright’s lush albums Want One and Want Two—involves a varied cast that includes soprano Anna Prohaska; pop singers Florence Welch (of Florence & the Machine) and sister Martha Wainwright; and the actors Helena Bonham Carter, Carrie Fischer, and William Shatner. I caught up with Wainright recently as he swung though New York to reprise Rufus Does Judy at Carnegie Hall. He is now touring in Canada and Europe.

Mother Jones: Shakespeare’s sonnets explore longing, betrayal, and lust and its consequences, themes that are present in your songs as well. Did you have a sense of that connection as you worked on this project?

Rufus Wainwright: I feel like the sonnets are the gift that keeps on giving. Certainly in terms of my life—anybody’s life—you go through death, childbirth and marriage, glory and defeat, and so on. The last 10 years for me have been all of that, so the sonnets have been there with me. I’ve been able to lean on them profoundly for many years, and they’ve given me a wider perspective of what’s going on, really, on the inside. If my songs can do that as well, then I’m a lucky guy.

“I want to deepen as an artist, and working with Shakespeare definitely points in that direction.”

MJ: You began working on musical settings for the sonnets some years ago, while your mother was fighting cancer.

RW: I wrote the music for the majority of them during her illness. It wasn’t planned out that way, just coincided. But I was happy to not have to write lyrics while that was going on in my life—it was so painful.

MJ: Part of the scholarly debate about the sonnets is whether they were autobiographical or written on behalf of someone else. Do you feel there are parallels in songwriting, the autobiographical vs the universal?

RW: I wouldn’t categorize my work as mysterious as the relationship between Shakespeare and his world, because that is one of the great mysteries: How could someone have written all that he did? Was it only one person? And why do we know so little about it? I don’t take that mantle, but I will say that I strive for what you do find in Shakespeare’s work—that there is a definite humanity and a definite character behind the writing in the sonnets, and it’s very real because it’s so deeply personal. I try to aspire to that in what I do.

MJ: Are there qualities in his material that you are trying to bring into your songwriting?

RW: I can’t really gauge that. I just keep chugging along and I hope that in doing work with the sonnets or the operas—or singing Judy Garland shows—that all gets in there. It’s not up to me to judge that, either; that’s for the public to do. But I want to deepen as an artist, and working with Shakespeare definitely points in that direction.

MJ: Sonnet 20, which addresses the “master-mistress of my passion,” is most discussed and interpreted in context of homosexuality, and the longing of one man for another. What’s your take on it?

RW: I think it is about attraction in general. That’s what is so brilliant about it. There’s no question that the writer projects a sort of startling situation in that because he’s a man he can’t quite do all that he wants to with this other man. But he focuses more on the effect of beauty—what it makes one do emotionally and how it breaks down the barrier between man and woman. That’s part of the subtlety that Shakespeare is the best at, ever, in any art form.

“I went to a conservatory, but I always knew I would be in the pop world.”

MJ: Something that perhaps was under-noticed on your earlier pop albums is how much classical music is a part of it. For example, the opening track of Want One, “Oh What A World,” takes directly from Ravel’s Bolero. When did you first start to integrate classical into your pop songwriting?

RW: My love of classical hit pretty early. I was 13 when it occurred, and that was really the only music I listened to for many, many years. I went to a conservatory, but I always knew I would be in the pop world, because A) it was more fun and B) you didn’t have to practice as much and you could go out more. But I immediately saw this opportunity to inject my material with these sounds that most members of my generation really didn’t know about, so it was a great way to differentiate myself from the pack. Now I’m paying back the favor a little bit.

MJ: Tell me about your collaborations with Marius de Vries.

RW: Marius is one of the great and most versatile musicians of our time. He’s really able to keep a keen eye on what’s going on in the pop world, but by the same token introduce all sorts of musical influences be they classical, ethnic music, or whatever—so he’s a great unifier. I really needed someone like that to do this album because I’m going out on so many limbs.

I let him go out and see what he can bring back, and oftentimes it’s great, and sometimes we know immediately it won’t work. We give each other a lot of leeway because we respect each other’s taste, and also sometimes our lack of taste, because we’re not afraid to do things a little out of the ordinary.

MJ: This new album takes a very eclectic approach, both in the performers involved and the musical settings.

RW: I feel that the sonnets can take it. They are so wildly varied and so sturdy in terms of their form and geometry and light, so it was fun to throw all these different musical styles at them and see what sticks. And of course they all stick if you do a good job at it, because they are limitless.

MJ: As a husband and father, have you had to temper your artistic ambitions?

RW: The only big change is that I have to rest a lot more now! I think my imagination and my passions are still firing away, but it’s really the body that starts to make up the rules. It’s not a major problem; it’s just when you get a little older you realize how much your body thanks you when you are good to it. I haven’t changed much.

MJ: Judy Garland was coming out of a rough time when she made those live recordings. Do you feel any affinities with her and where she was in her life at that time?

WR: Well, I have a lot of advantages: I’m not addicted to horrifying pills. I also have surrounded myself with far more caring and upright individuals. And I wasn’t abused as a child, so I’m doing okay!

MJ: Sorry, I wasn’t trying to put you in the same redemptive narrative box.

“If you are going to try and do battle with Judy Garland, you’re going to lose.”

WR: I mean, I love Judy Garland! I worship at her altar in so many ways. But really when it comes to me getting on stage and performing that material, that’s when I call to the songwriters and the lyricists and musicians and really make it about that. If you try to unsettle her spirit and bring it into the room, it’s a double-edged sword. If you are going to try and do battle with her, you’re going to lose, so I make it about the music.

MJ: I wonder what the dynamic was, and still is, between you and your intensely musical family.

RW: I’m very blessed, mainly because even though my family is mostly in show business, it’s really centered around music. My parents were very successful in many ways, but they weren’t necessarily top of the charts. We were never wealthy because of music. We always had to work and we always had to struggle a little bit, and I think at the end of the day that’s been very good for me, because I have a sense of it being very ephemeral. I don’t have a sense of entitlement in terms of being some kind of spoiled brat. Musically I’m able to keep going, because it’s not about money and it’s not about success. It’s a challenge.

This profile is part of In Close Contact, an independently produced series highlighting leading creative musicians.