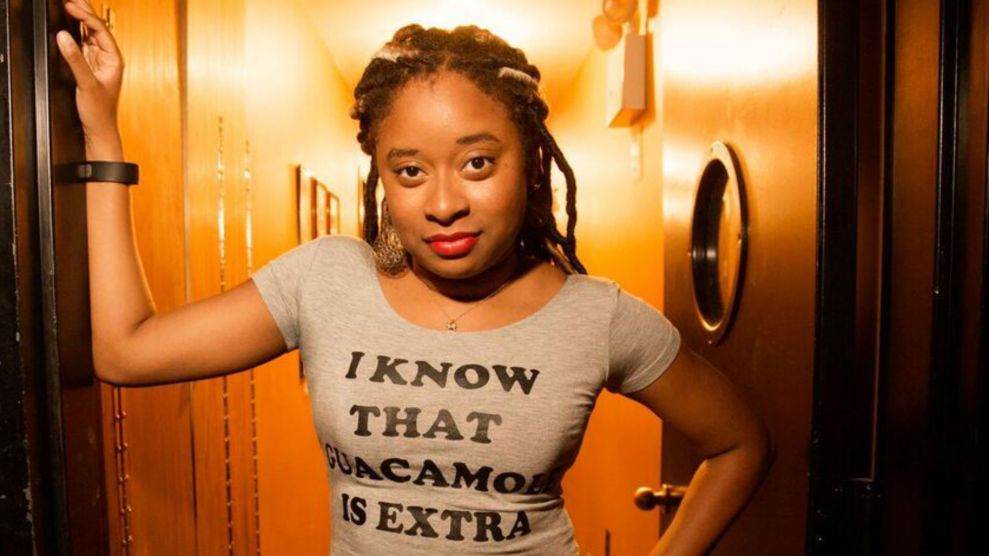 Phoebe Robinson is no stranger to unsolicited opinions about her hair. When she sported dreadlocks, she was once told, “You know, you would be so pretty if your hair was straight.” Or some people would ask if they could touch her hair after their paws had already landed on her head. All of which helped prompt the comic and podcaster to pen her debut book, You Can’t Touch My Hair: And Other Things I Still Have to Explain, a collection of personal essays and jokes on race and gender, out this week.

You might already know Robinson as one half of the hit podcast 2 Dope Queens, or perhaps you’ve heard her show Sooo Many White Guys. With intimacy and plenty of laughs, she uses her new book as another venue to divulge what she puts up with as a 31-year-old black female comedian in New York. There are the microaggressions, like coded language (“uppity” takes the gold medal at her “Coded Language Olympics”), and then there are more blatant offenses, like being followed by clerks in most stores she enters. Not even electing the nation’s first black president could bridge the racial chasms that still permeate her life. “Evolution is slow, glacial even, and it cannot occur without people doing difficult and painful work,” Robinson writes. “That doesn’t sound like a whole heck of a lot of fun, which is precisely why it hasn’t happened yet.” 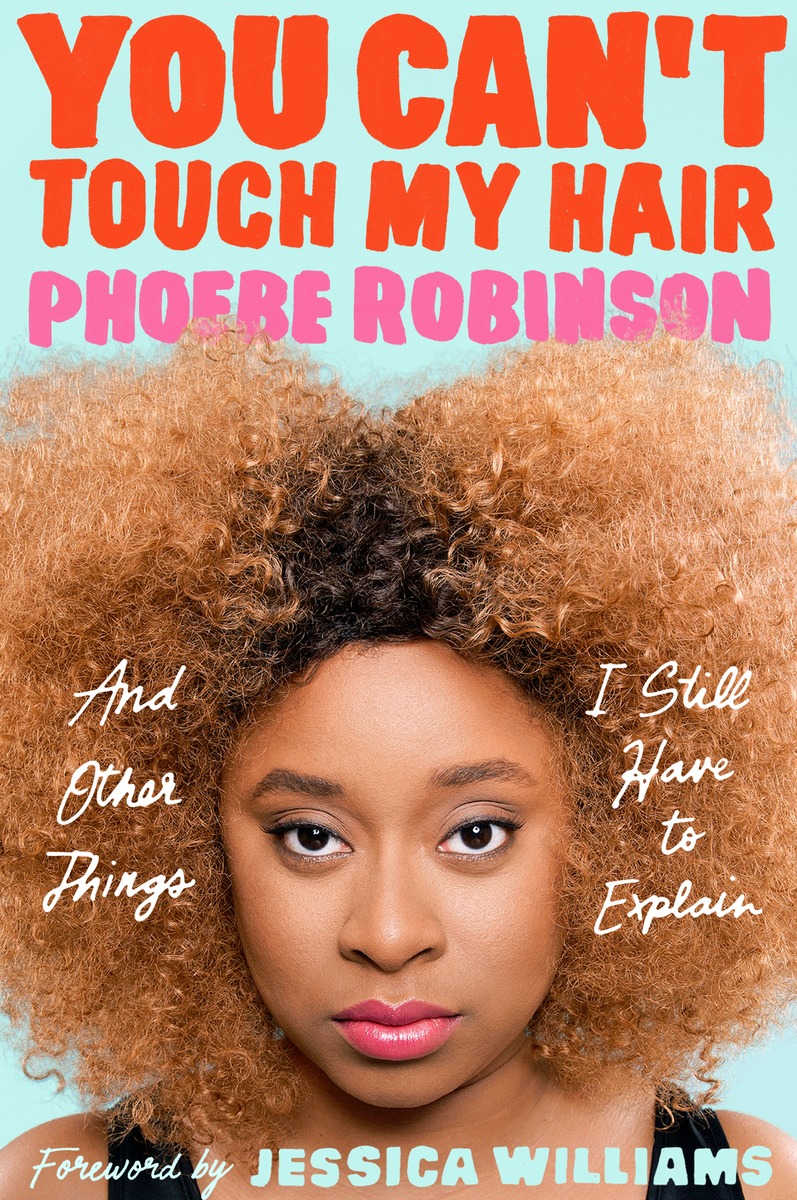 But Robinson isn’t here to yell at anyone; in fact, by sharing her less sublime experiences with her signature blend of honesty and humor we’re used to from 2 Dope Queens (which she hosts with Jessica Williams of Daily Show fame), she offers amusing insights that don’t come off as heavy-handed.

Part of the allure is Robinson’s obsession with pop culture. As the only female black student in her graduating class at a private high school, television, film, and music often filled a void many of her friends could not. The pop culture references Robinson infuses into every page—almost every paragraph—are impressive. Never did I anticipate reading a writer compare her own vagina to Edie Bouvier Beale’s eccentric vine-covered mansion in the 1975 documentary Grey Gardens, but I certainly laughed out loud when I did.

Whether Robinson is ranking the members of U2 by whom she’d most like to sleep with, or orchestrating the importance of black hair in one’s identity through a chronological timeline of musicians from the last six decades, she keenly uses her love of American culture to make compelling points—or sometimes, just to make the reader laugh.

I caught up with Robinson to talk white dudes, dealing with haters, and upcoming projects.

Mother Jones: I have to ask: What are the chances Solange Knowles would drop a new song called “Don’t Touch My Hair” the same week you release a book called You Can’t Touch My Hair? Are you two secretly best friends?

Phoebe Robinson: Ugh, I wiiiish. It does feel like they are companion pieces!

MJ: Can you explain why black hair, especially for women, is such a vitally important part of identity and why you feel it plays such a role in people’s perception of you?

“You can be curious about something and not touch it.”

PR: Historically, black hair has just been controversial; there’s been this notion if you wear your hair a particular way, it’s not appropriate. In the book, I talk about my hair journey, and how I got to a place of self-acceptance, and enjoying it and loving it, and I think that’s a universal thing for a lot of black women. That felt like something worth talking about.

MJ: How would you explain to people who want to touch black hair why it’s not appropriate?

PR: I think people just don’t respect women’s bodies in general, the bodies of women of color in general.  There’s a notion of, “Oh, you’re just being sensitive.” I think that can be frustrating. People are like, “Well, I’m just curious about it, why is that a bad thing?” Well you can be curious about something and not touch it. Hopefully one day, people will one day learn to not do it.

MJ: I know you talk about coded language and microaggressions a lot in the book—and in some of those instances you explain that the only way to handle them in the moment is to grin and bear it. How else do you deal with these?

PR: Usually, I band with my girlfriends, but sometimes it’s humor. I’ll ask my friends, ‘Am I being extra sensitive?’ Or I’ll vent about it on Facebook. But I remember: Just because I get treated poorly, that’s not a reflection of me—that’s a reflection of that person.

MJ: Do you remember any instances in particular when someone said something offensive to you and you let it go, but you regretted it later?

PR: I try not to think of things in term of regret. You just react to the situation based on who you were at that time. If someone’s been kind of crappy to me and I haven’t said anything about it, that might suck in the moment, but I don’t look back and think, “I wish I had done this.” I think, “All right, that sucks,” but I try and learn from it for the next time.

PR: I didn’t think about writing it in terms of separating it by groups and races. I just wanted to write a book that I thought reflected my experience and might be something people could identify with. I hope people feel like they get something out of it, whether they learn something new or they think, “That’s a situation I’ve been in.” I wasn’t thinking, “Oh, what do I want to teach white guys?”

MJ: I know you and Jessica Williams talk frequently about dating white guys. Do you ever encounter any who try way too hard to be “woke”?

PR: I’ve only had like three boyfriends—but because I work in comedy and went to private school, I’ve been around white dudes. But no, none have been like, “Oh, I read Malcolm X.“

MJ: You’re definitely staying busy these days—you have two podcasts, this book, a YouTube show (Woke Bae), and a blog, Blaria (Black Daria). What’s next for you?

PR: I’m not sure how much I’ll be able to keep up with Woke Bae and Blaria, but that’s because I’ll be a recurring character on this season of Jill Soloway’s new series, I Love Dick! So that’s exciting.