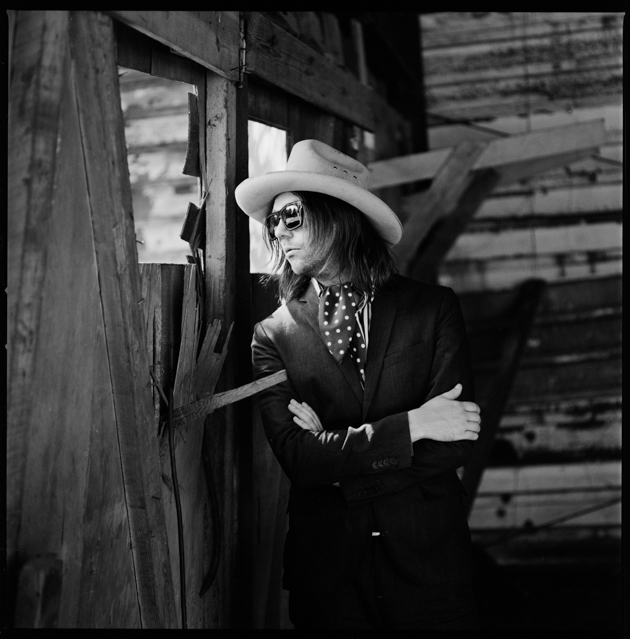 At this year’s Americana Music Festival in Nashville, 30-year-old Aaron Lee Tasjan was getting considerable buzz as an artist on the rise, but his path has been long and unlikely. Growing up in the suburbs of Columbus, Ohio, he took to guitar in his preteens and, after turning down a scholarship to Boston’s Berklee College of Music, moved in 2004 to New York City, where he became a founding member of the glam-punk band Semi Precious Weapons. From there, he became a go-to side man playing, among other other projects, with a latter-day New York Dolls. In 2013, he moved to Nashville, where he has concentrated on songwriting and leading his own band within the East Nashville music scene.

Tasjan’s music operates at more of a sly and observational distance than many of the heart-on-sleeve singer songwriters to come out of Nashville recently. His showcase performance at the Cannery Ballroom—bookended by sets from Wynona Judd and Lee Ann Womack—was exemplary of his subversive philosophy: During the performance of a song called “Success,” he was joined by two female impersonators doing Judd and Womack. The intent was not to mock, but more to celebrate weirdness of the moment and break down the pretense celebrity. The message was in the lyrics: “Success ain’t about being better than everyone else, it’s about being better than yourself.”

On his brand new album, Silver Tears, Tasjan employs a kaleidoscopic approach, drawing from influences such as Tom Petty, Electric Light Orchestra, Elliot Smith, The Flying Burrito Brothers, Harry Nilsson, and Roy Orbison—artists who more or less occupied their own musical categories while remaining reverent of their roots.

Mother Jones: Tell me about the East Nashville scene.

Aaron Lee Tasjan: It’s like every other place. There are people that are great, and their hearts are in it and you really root for them. Then there’s people that are putting on the costume of the scene and showing up, doing something that’s a little less thought about. Any scene is gonna have both of those things and most of it will be the second [category]. But we’re lucky, ’cause there’s a good healthy amount of people more in the first.

MJ: What was it like to come here from New York?

“We’re encouraging people to go be as true to their real self as they can. Those are the kinds of artists that we need to hear.”

ALT: I mainly moved here because it’s cheaper. I didn’t come here ’cause I knew anything about any of the songwriters, other than the ones everybody knows: Todd Snyder, Elizabeth Cook, people like that. When I got to town, I didn’t want to find my peers. I wanted to find people who are way better than I am and go try to hang out with them and see why they were great, try to understand that and apply it. I love it here, but I don’t know that I’m a huge participant necessarily of the Nashville scene. I’m not a country singer. Most of those guys are country singers, and I celebrate that. I love singing that music, but it’s really not like what my music is.

MJ: On your album, it’s easy to hear your influences. I’ve read that you’ve been self-deprecating about that in the past via an alternate persona, “Captain Folk,” who’d come out in an opening set and make fun of whom you were “ripping off.”

ALT: Everybody’s influenced by something, right, whether consciously or unconsciously. I make fun of it because this is a genre of music that’s clouded in earnestness. Earnestness is great, but not everybody is Jason Isbell. That works for him, because that’s who he really is, and that’s why it’s good. But I see people mimicking that who aren’t really that. And you sort of want to go, “Man, just go up there and be yourself and be a little weirder, and people will probably be more into it.” And that’s our whole circus: When we play shows and have drag queens and all that, we’re encouraging people to go be as true to their real self as they can. Those are the kinds of artists that we need to hear. 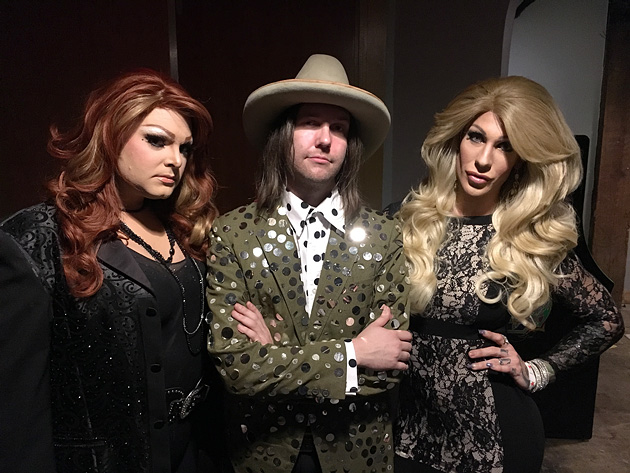 MJ: “Success” feels like your most direct statement on the album in terms of a personal philosophy. Is that belief central to what you’re doing right now?

ALT: Definitely, but this is where it gets tricky. I don’t really want to get up there and yell at people to do something, or tell them that I think I have some sort of answer for how they should be. With that song in particular, I’m just singing to myself about something that has worked very well for me. There’s that part of you that goes, “Well this person got this gig; why didn’t I get this gig?” or whatever. But I’ve tried really hard. I came to Nashville being a songwriter and a singer and a front man of a band with a very working-man’s attitude, because that’s what I’ve been my entire life—a working musician, playing guitar for whoever I could play for, for 50 bucks a night, or $100, all the way up to gigs that I did with the more well-known bands.

I just plod along at my own speed, and that works for me. That song is more of what was actually driving me to do it, because I use all these lessons to basically try to kill my ego every day, and just say, “This is making me a better person.” And that goes through every aspect of my life, not just music.

MJ: How else do you apply it?

“I want to be as good of a songwriter as Guy Clark. I don’t even know if that’s possible.”

ALT: I have two things that I go by. The first one is, the work will never fail you. You can hire the wrong publicist, sign to the wrong record label, have a bad manager or a booking agent who might be awesome but doesn’t necessarily understand what you do. But I guarantee you this: If you get really good at singing and playing the guitar and writing songs, someone will give you a job to do it somewhere. Always. So I focus on writing songs. And business people in my camp sometimes get mad at me, because I don’t really pay attention to a lot of that other stuff. But at the end of the day I think they know that the product they have to sell is better for it.

Also, I always try to have the feeling that I’m a student. I don’t have any of this figured out. And I really believe that! It’s hilarious to me when people ask me to explain the process. You’re like, “How can I explain something to you that I’m just learning myself?”

MJ: And now you’re getting some attention. Is that an odd place for you to be?

ALT: Yeah, it’s kind of right where I’ve always been, to be honest. I’ve been fired from bands as a guitar player because I got too much attention. This is the God’s honest truth: All I ever wanted to do was be Keith Richards in somebody’s band. And I could never find a singer or a band that was cool enough to let me do it. In Semi Precious Weapons, the singer and me were writing all the songs and coming up with the sound of it all. But when a critic would pick me out it would get on everyone’s nerves. It keeps you in this place of not really ever being able to break through to another level. I can sit and contemplate the whys and the whens and hows of that until the cows come home, but I’d fuckin’ rather just write a song that’s going to make people go, “Holy shit man, did you make that up?” And whether people understand me or not, I can make up a good song. I want to be as good of a songwriter as Guy Clark. I don’t even know if that’s possible; it’s probably not.

MJ: Well, at least one person did it. 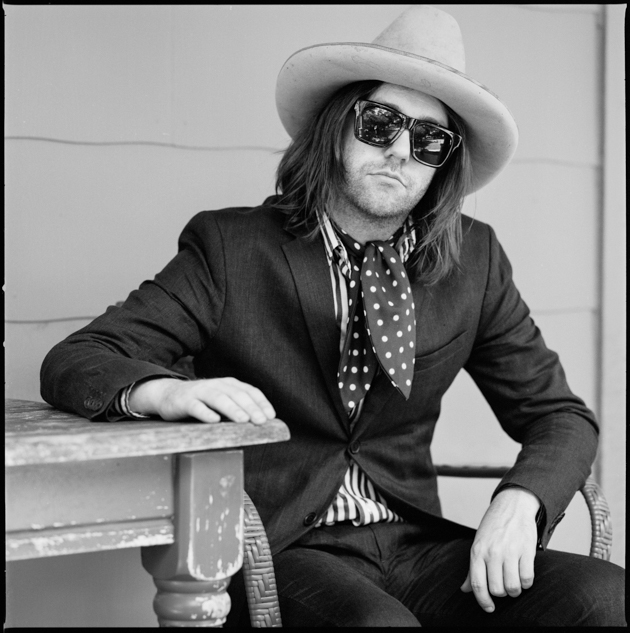