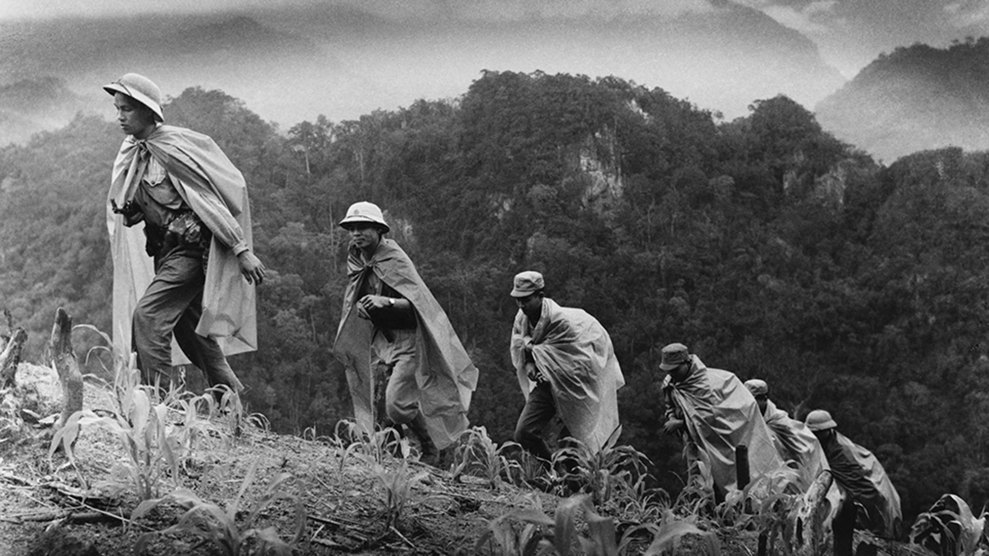 When filmmaker Lynn Novick signed on to co-direct The Vietnam War, the new 10-part, 18-hour PBS documentary, with Ken Burns, she advocated incorporating a large dose of Vietnamese perspective into the project. Novick—who, at 55, came of age in the war’s aftermath—had long sensed that the United States’ failure in the conflict hinged in part on our country’s ignorance about the Vietnamese and their priorities. “What was at stake for them? Who were they?” Novick says. “These are questions that we’ve never really, as a society, been able to understand.”

Novick has been co-directing documentaries with Burns since the duo’s 1998 film, Frank Lloyd Wright. For the The Vietnam War, she conducted interviews with 35 Vietnamese citizens, the majority of them over the course of three production trips to the country. Sarah Botstein, who produced the series, says Novick’s unique mixture of “empathy, kindness, and energy” helped her get these subjects to open up, as did her unerring focus on the human, rather than the political, component of the history.

The resulting work gives more airtime than Hollywood ever has to everyday Vietnamese people whose lives were upended by the conflict. We hear a Viet Cong soldier speak of his astonishment at seeing Americans weep for their dead with the same despondency his countrymen had, and North Vietnamese veterans discuss the Hue massacre, the killing of 2,800 pro-Saigon South Vietnamese—a devastation the Vietnamese government has yet to acknowledge.

Novick and Burns arranged for the film’s translation into Vietnamese, ensured web access via PBS, and held public screenings in Hanoi and Ho Chi Minh City over the summer. I spoke to Novick about the process of making the film, and the reaction from an overseas audience with a very different public memory of the war.

Phil Klay: When you were coming into this project, I imagine you had a very different relationship with the Vietnam War than Ken did. He came of age at the war’s peak. You were born in 1962.  How did the war affect you and your family at the time?

Lynn Novick: The war was ongoing for my entire childhood. I remember feeling like “it’s just never going to end,” it was a perpetual war. I don’t have any family members that were directly affected by it. My parents were too old, and they were too young to be in World War II, they slipped in between. I didn’t pay that much attention, to be honest, as a teenager, until the Hollywood movies started coming out in the late ’70s. They certainly imprinted me with some ideas about what the war might have been like. At the same time, they were very melodramatic.

PK: What was it like convincing Vietnamese citizens to get on board with the project?

“If I’d gone through something like that, I’m not sure I’d be able to talk about it.”

LN: It was really the same process in Vietnam as it was here—I wouldn’t differentiate that much between people’s reluctance or enthusiasm about doing this. A lot of it is just connecting with someone and doing your homework, knowing a lot about them and their experience and whatever the environment that they were living in that you’re interesting in talking about. The people we talked to in Vietnam were not reluctant. I guess that’s the best way to say it, or they wouldn’t have talked to us. They seemed extremely open to the idea. The only reason we were surprised was because we had no idea what to expect. We were surprised to find how open people were to talk about such a painful subject: just the scale of tragedy there, how many people were killed, how small of a country it is, how everybody was affected, the real horrors of the war. If I’d gone through something like that, I’m not sure I’d be able to talk about it.

PK: In July, you screened the film for Vietnamese audiences. What was their reaction to the film?

LN: It exceeded all our expectations. We showed highlights of the film to people who were in it, and then had public screenings at the American center in Hanoi and in Ho Chi Minh city. The overwhelming response was people really came in to see the story in a way they had never seen it told. One of the comments we got was, “Our history has no people in it.” Meaning that when they tell themselves their history, it’s a grand narrative of a triumph over imperialism and a lot of noble sacrifice, and no suffering, and no acknowledgement of the realities of war. We heard people say, “We Vietnamese don’t know our own story, and our children and our grandchildren don’t know it, because we don’t speak about the war in the way you’re telling the story. We also know nothing about what it was like for Americans or for Vietnamese on the losing side.” So, showing the film to combat veterans, both North Vietnamese and Viet Cong, the winning side, they kept saying over and over again, “We’ve never seen the war portrayed this way.”

PK: You’ve translated the film into Vietnamese and will screen it online, uncensored.

LN: That’s so important to us as filmmakers. Oftentimes when Americans make films about people from somewhere else, you go there, get an interpreter, conduct some interviews, get some material, put it in your film, and you take something away but don’t bring anything back. And we’re really honored that we’re able to bring the film back.

“At the public screenings we had a lot of young people really leaning in. They don’t know what happened.”

The government has really controlled the narrative of how the war is remembered, and one of the things they have protected the people from seeing is the images of dead and wounded soldiers on the winning side, the Vietnamese and Viet Cong: the piles of bodies. So people have told us we’re not used to seeing the images of what war really does to people. And they have this epic problem of 300,000 missing. People went off to the war and never came back; they just vanished. So the film is showing what happened to them in a way that is hard to look at. But the sense we have is that people want to see it, and at the public screenings we had a lot of young people really leaning in. They don’t know what happened.

And we showed scenes of the anti-war movement, and one of the veterans, Nguyen Ngoc, said, “When I first watched the film, it gave me much greater respect for Americans. I came to understand so much more about just how conflicted and how traumatized the United States is by this war. I used to ask myself, ‘How come the United States after 40 years still can’t get over the Vietnam War?’ I considered it a weakness. Actually now, having seen this film, I believe that the way in which the United States hasn’t ever really been able to leave the Vietnam War behind is actually a great strength. It’s a nation that’s always asking itself about its own history, questioning its past and asking questions about what it’s done and why it did it.”