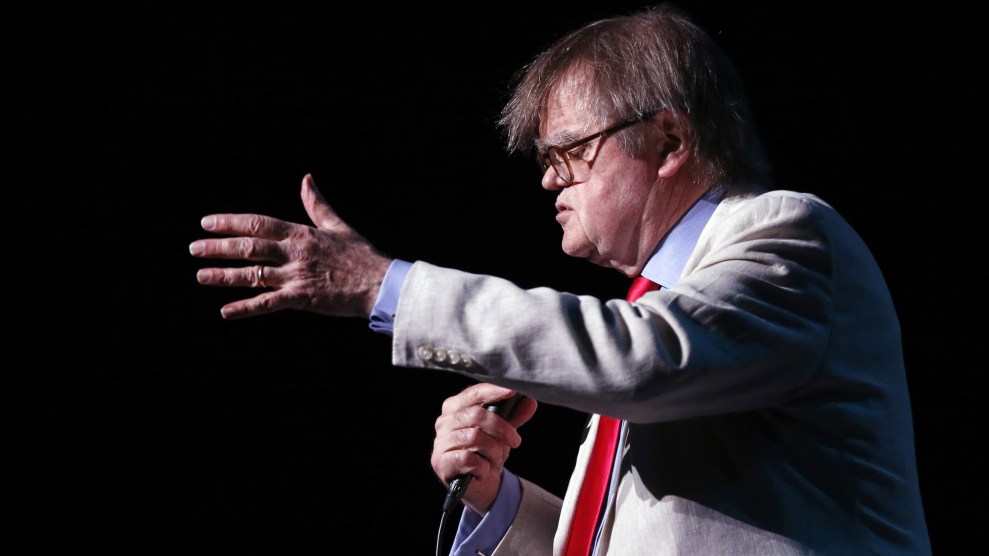 Garrison Keillor thanks the audience after the show on May 21, 2016 at the State Theatre in Minneapolis for ''A Prairie Home Companion." Leila Navidi/Minneapolis Star Tribune/ZUMA Wire

The day began with Matt Lauer. Hours later, Minnesota Public Radio announced it was cutting ties with the former longtime host of “A Prairie Home Companion,” Garrison Keillor, after investigating “allegations of his inappropriate behavior with an individual who worked with him.”

MPR plans to stop rebroadcasts of past episodes of “A Prairie Home Companion,” the show Keillor created 43 years ago, and change the name of the show’s current incarnation hosted by Chris Thile.

“While we appreciate the contributions Garrison has made to MPR and to all of public radio, we believe this decision is the right thing to do and is necessary to continue to earn the trust of our audiences, employees and supporters of our public service,” said MPR president Jon McTaggart.

The revelation came less than a day after the Washington Post published a column by Keillor defending Al Franken, one of his home state’s senators, who has been under fire after multiple women have come forward with allegations of inappropriate sexual contact. Keillor wrote that calls for Franken’s resignation were “pure absurdity.”

Keillor alluded to allegations made by broadcaster Leann Tweeden, who has claimed that Franken forcibly kissed her during a USO tour in 2006, and didn’t acknowledge that three other women have claimed that Franken had allegedly grabbed their butts while taking photos between 2007 and 2010.

Following news of Keillor’s termination, the Post added a note to the column stating that the paper “takes these allegations seriously and is seeking more information about them.”

that's a hell of an update pic.twitter.com/GrlxDdUNg5

Keillor told the Associated Press on Wednesday that he was fired because of “a story that I think is more interesting and more complicated than the version MPR heard.” In a later email to the Minneapolis Star-Tribune, he claimed he had been fired after put his “hand on a woman’s bare back” while trying to console her.

“If I had a dollar for every woman who asked to take a selfie with me and who slipped an arm around me and let it drift down below the beltline, I’d have at least a hundred dollars. So this is poetic irony of a high order,” he added.