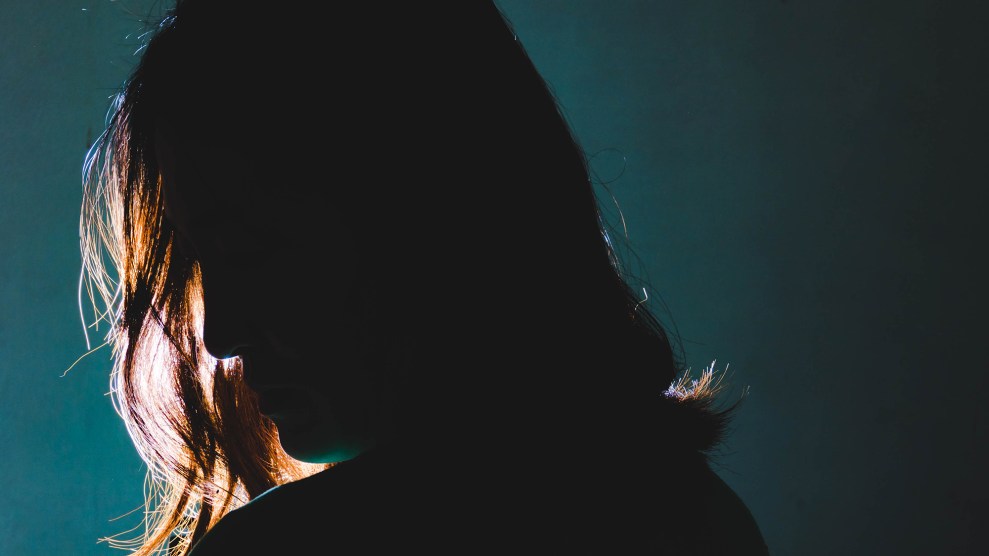 ProPublica staff writer T. Christian Miller had just started digging into the police handling of a sexual assault near Denver, Colorado, when he learned that another journalist was on the case. Miller was interested in an interdepartmental investigation led by Stacy Galbraith and Edna Hendershot, detectives who had managed to catch a serial rapist named Mark O’Leary. Miller’s rival, Ken Armstrong, worked for the Marshall Project; he was looking into how Marie, a young woman O’Leary had raped in 2008, had been prosecuted for false reporting after telling her story to police in the Seattle area. In the end, rather than compete, Miller and Armstrong joined forces. Their resulting article, “An Unbelievable Story of Rape,” went on to win a Pulitzer Prize in 2016.

The pair expands on their prizewinning story in a new book, out this week: A False Report delves deeply into Marie’s case, but it also examines the history of skepticism faced by women who report rapes, and details policing techniques that can actually help sexual-assault victims and catch perpetrators. The underlying story is under development as an eight-episode Netflix series titled “Unbelievable”—which showrunner Suzanna Grant is co-writing with the husband-and-wife team of Michael Chabon and Ayelet Waldman.

Mother Jones: You guys are publishing this book at a moment when the entire nation is talking about sexual assault. What would you say your book has to add to the conversation?

T. Christian Miller: The #MeToo movement has been this extraordinary time where women have been coming forward and showing astonishing bravery in using their names. The more that happens, the better the society will be able to deal with these lingering ideas of shame because of the actions of some other, horrible person. Why should you be embarrassed by being attacked by somebody? Why should you seek anonymity? In a perfect world that wouldn’t be a big deal at all. I hope the book will be a part of this larger conversation, which looks upon women being not ashamed that they’ve been attacked by an awful person.

MJ: Your story was a feature article, a podcast, and now a book. How many years have you been reporting it out?

Ken Armstrong: About two and a half years.

TCM: [In early 2015] I was coming off a story about the Liberian civil war, which is its own very emotionally fraught story. I jumped into stories looking at how police investigate sexual assault in America. My experience is that stories about sexual assault are unlike many other stories we do in a profession that often focuses on emotionally difficult topics. Everyone is damaged in a rape case. And unlike, say, a murder case, everyone is still alive.

KA: After we finished the story, T. and I were of the same mindset, where we didn’t really want to spend more time with the subject because it is so dark and emotionally debilitating.

MJ: But at some point you knew you had to revisit it?

KA: After enough time passed, T. and I realized that there was a lot more to this story—more context, more history, more explanation. We were able to show the roots, the doubts that Marie confronted, and how you can find those roots going back hundreds of years in the United States and in England. We were also able to show that what she experienced was not unique. There are other cases nationally where women have been raped or sexually assaulted, have reported it, and have not only been disbelieved, but have actually been charged criminally.

MJ: With #MeToo, do you predict more rape victims will start coming forward to the police, as opposed to just sharing their stories publicly?

TCM: I certainly hope more women feel comfortable in coming forward. There’s no question about it, it is a tough road going through the legal system. I don’t know that we’ve seen big reforms in the police or prosecutorial community that would make that easier. But there’s lots of easy things investigators can do to find that guy who’s committed the rape.

“Victims of rape and sexual assault react in any number of different ways. It doesn’t mean they’re not telling the truth.”

TCM: The most basic is simply backgrounding the alleged attacker. There is some evidence that rapists, the more they get away with it, the more they continue their behavior. A lot of stories we see this year have been precisely that—by coming forward, [a victim] found out, “Oh, it wasn’t just me. It was this woman and this woman and this woman.” So when someone reports they’ve been attacked by somebody, find out what that guy has done before, where he’s lived before. Does he have a record? Even if there are no criminal charges. It makes it that much easier to prosecute. That’s a basic thing—which is not done.

KA: Other practical considerations include that it’s a mistake for police to assume that there is one right way for someone to react when they’ve been hurt. There isn’t. It’s abundantly clear that victims of rape and sexual assault react in any number of different ways. It doesn’t mean they’re not telling the truth if that reaction doesn’t fit with your preconceived notion of what trauma should look like. We’ve seen instances where the investigation shifts and police become very confrontational, sometimes even using polygraphs to test their credibility. That can go sideways very quickly.

MJ: How much police skepticism is appropriate toward someone claiming to have been raped?

KA: I think that the approach Stacy Galbraith champions, and that we mention in the book, seems really appropriate. She goes in with an open mind and she follows the evidence. In those early interviews with victims, it’s important to ask questions that aren’t judgmental—and listen to the answers.

MJ: I have the same question for you guys, because you’re also in there trying to figure out what really happened. How do you approach a story about an alleged rape with the right amount of skepticism?

KA: Well, in this case we were fortunate, frankly, in that we were writing about a case where there’s no real dispute. No one now disputes that Marie was telling the truth when she came forward.

TCM: Certainly when I was a younger reporter, it would be much more difficult to have convinced any editor to do a story if it hadn’t been adjudicated in some formal way. What I see now in journalism is a willingness to write stories based on the testimony of the number of women. It still has to be careful reporting where you’re doing all the verification work, and you’re tracking down any kind of outside witnesses. Now reporters have more confidence that if they do report out the story, they’ll be able to tell these stories more.

MJ: Do you see a need for more female police officers, especially dealing with sexual violence, or is it kind of a fallacy to think that gender should have anything to do with it?

“Yes, they’re women. They’re also extraordinary detectives and I think [that] is what’s front and center in this case.”

MJ: For context, what can you say about people making false rape reports? How often does that actually happen?

TCM: That’s a tricky area. The number you’ll see reported—2 percent to 8 percent—is based upon provably false reports. Just as rapes are often not well investigated, neither are false reports.

KA: If police avoid snap judgements and investigate thoroughly, that’s when you’re able to conclude with some confidence whether a report is true. And so often, the investigations are done in a way that doesn’t let you have that kind of confidence.

MJ: What was it like for you to interview the rapist, Mark O’Leary, after learning so much about what he’d done?

TCM: He’s a fantastically bad person. O’Leary is very articulate [and] glib about what he’s doing, about how he planned, and he talks about everything in detail with some relish. I’m person of faith, a Quaker. I believe there is supposed to be God in everyone, and when you find somebody where there is not a lot of light shining through, it’s kind of a dark time for me personally.

KA: It was unsettling talking to him. We left that interview…I think it’s fair to say…

TCM: You want to take a shower.

MJ: What did you learn?

“O’Leary realized that raping women in different jurisdictions was a way to throw police off his trail.”

TCM: O’Leary realized that raping women in different jurisdictions was a way to throw police off his trail. It was a very intentional tactic. He would pick a different county, different jurisdiction because he knew that police didn’t talk all that often. The idea that there are rapists out there who are cunning enough to realize that cops don’t talk to each other about their cases should be frightening. It should be a message to police to background your guy.

KA: I had one question that I was hoping to get answered more than any other: What was his reaction when he found out that Marie was not only disbelieved, but was being charged criminally with lying about being raped? He told us he didn’t know about that. After he committed the crime, he basically figured the police were going to do their job and investigate.

MJ: Has Marie read the book?

KA: The last I spoke [with her], she still hadn’t really waded in—or if she had, she really hadn’t talked about it. She works incredibly long hours; she’s a long-haul truck driver and she’s constantly on the move. She is a remarkably resilient person. But I don’t think that she wants to spend her weekends and evenings thinking back on all that happened to her. Her first impulse is to move on.*

TCM: That’s kind of a false dichotomy. Do you ever find closure, the sense of finality? I don’t know how many victims say like, “Yeah, I’m completely done with them, it will never affect me again.” Everybody processes the trauma differently.

KA: Yeah, the reason I struggle with that question is I just don’t think I’m qualified to answer it, or to even speculate. I just don’t know.

*Correction: An earlier version of this article misidentified the speaker of this and the following two answers.