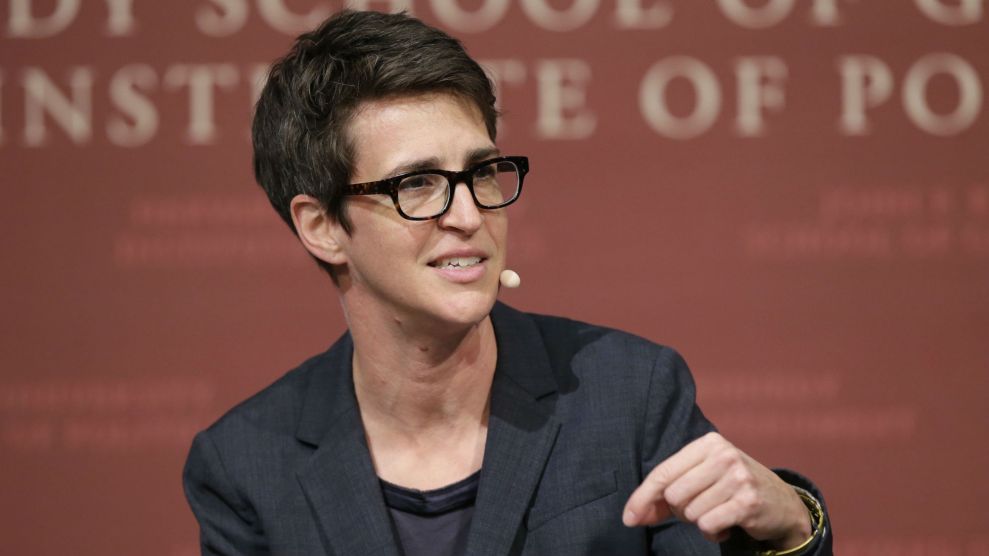 Nearly 65 female media professionals have signed a letter in support of famed NBC Nightly News host Tom Brokaw amid recent allegations that he acted inappropriately towards two female co-workers in the 1990s.

“As professional women, we fully endorse the conversation around abuse of power in the workplace. In the context of that conversation, we would like to share our perspectives on working with Tom Brokaw,” the letter read, according to Deadline. “Tom has treated each of us with fairness and respect,” it continued, and “[w]e know him to be a man of tremendous decency and integrity.”

Popular cable news hosts Rachel Maddow and Mika Brzezinski of MSNBC and NBC news anchor Andrea Mitchell were among the dozens of news correspondents, producers, executives, and others who vouched for Brokaw.

Brokaw this week became the second high-profile media personality at NBC to be accused of sexual harassment or other inappropriate behavior in the workplace. The Washington Post ran a story on Thursday in which a former NBC correspondent said that Brokaw made unwanted physical advances toward her in two instances when she was in her 20s, including an attempt to kiss her. A second woman also told the Post that Brokaw “acted inappropriately” toward her, the Post wrote. In November, former Today host Matt Lauer was fired amid accusations of egregious sexual misconduct.

In response to the allegations, Brokaw penned a letter to his NBC colleagues defending himself. “I am angry, hurt and unmoored from what I thought would be the final passage of my life and career, a mix of written and broadcast journalism, philanthropy and participation in environmental and social causes that have always given extra meaning to my life,” Brokaw wrote in the letter, which was leaked to outside media. “Instead I am facing a long list of grievances from a former colleague who left NBC News angry that she had failed in her pursuit of stardom,” he continued, referencing one of his accusers.

Brokaw announced on Friday that he was cancelling his planned commencement address at Sacred Heart University amid the harassment claims. The allegations come just days after it was reported that former PBS host Charlie Rose, himself felled by sexual harassment allegations, would host a show where he would interview other men whose careers were ended by similar claims, and after Bill Cosby was found guilty of drugging and assaulting a woman in Pennsylvania nearly 15 years ago, making him the first celebrity to be convicted of sexual misconduct in the #MeToo era.