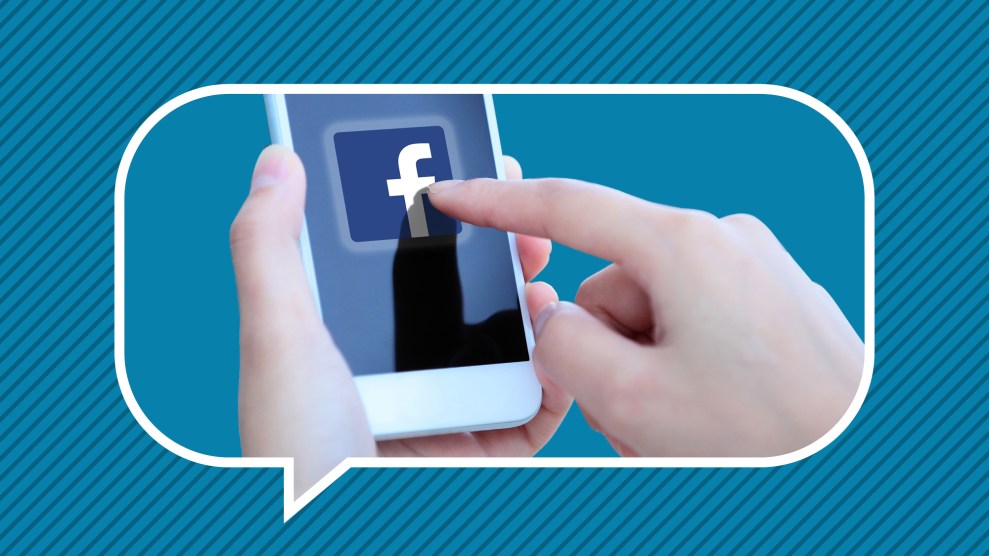 It’s been a big week for Facebook. On Monday, the company began letting its users know if they were one of 87 million people whose data may have been shared improperly with Cambridge Analytica, a political research firm. Facebook’s founder, Mark Zuckerberg, also testified before Congress this week, taking heat over a range of issues from the social network’s privacy and data-tracking activities to its potential role in Russian meddling in the election.

Like many others, I checked to see if my data had been shared with “This Is Your Digital Life,” the personality quiz app that allowed Cambridge Analytica to harvest the data. I found out that while I had never taken the quiz, one of my friends had. (You can check if your data has been accessed here.) As a result, the app likely had access to my public profile, birthday, current city, and which pages I liked. But in a previously undisclosed detail, Facebook also notes that a “small number of people” gave the quiz access to their Facebook timeline, posts, and private messages—which may have included my personal messages and posts as well.

Since the Cambridge Analytica scandal, there’s been renewed attention to online privacy settings. There are multiple articles showing you how to change your privacy settings and even delete Facebook altogether. Some people are downloading their data to see exactly what information Facebook has collected about them. (The results can be a little frightening, as one New York Times writer details.)

Even with these guides, it can still be confusing to understand exactly how much these sites know about you and your network. That’s partly because Facebook really does collect a lot of data about you—and in detailed ways you might not expect. Facebook’s evolving terms of service and privacy policies have allowed the network, and third parties and advertisers on the platform, access to all sorts of information about you. For example, Facebook tracks your activity across websites outside the platform, including not just what sites you visit, but whether you’ve made purchases or shared information with a company—that’s how it knows what ads should be targeted to you. If you’ve ever used Facebook’s Messenger app, you’ve likely given the company access to your phone contacts. According to a recent survey about Facebook users and their expectations, nearly 60 percent of respondents expected the company to collect some data about them. But when asked about a specific practice, such as collecting data about your location even when you’re not using Facebook, nearly 70 percent of people did not expect the company to do so.

As Facebook and other tech companies face increasing scrutiny over their data-collecting activities, we want to hear from you: What are you most concerned about? Have you done anything? We may use your response in a follow up story. And of course, we’ll respect your privacy.

We may share your response with our staff and publish a selection of stories which could include your name, age, and location. We respect your privacy. Your email address will not be published and by providing it, you agree to let us contact you regarding your response.