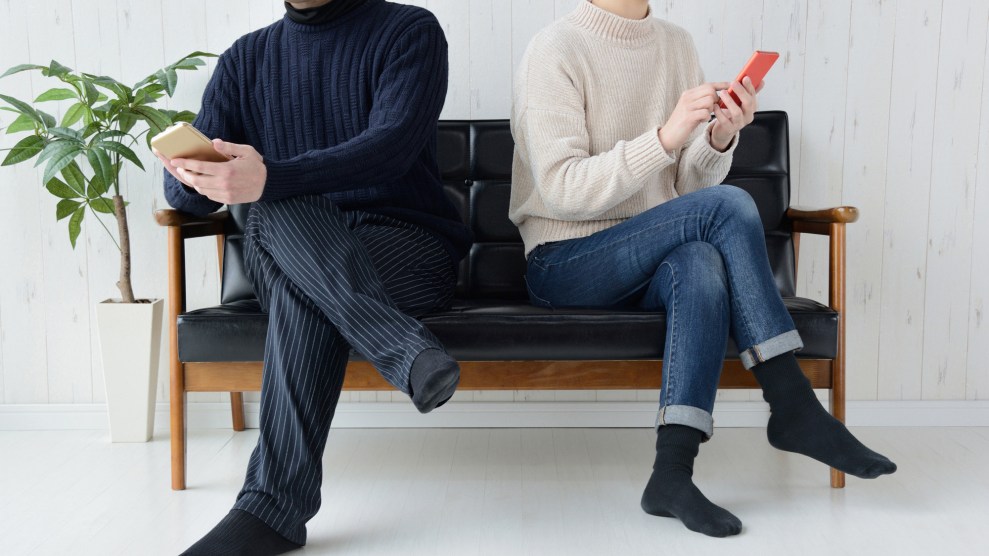 You know the type: Those friends who think they’ve found the best way to game Tinder, insist wearing a dress instead of jeans will catch someone’s attention, or that the most fruitful way to find love is by going on the Bachelor. There is so much dating lore and folk wisdom out there, but we’ve never really had hard data behind it—at least until now. A group of researchers recently attempted to decode the world of heterosexual online dating and found not just that women go for older men and men for younger women, but that so many Americans are seeking a partner “out of their league.” On average, researchers found, both heterosexual men and women go after people who are around 25 percent more “desirable” than themselves.

But, you’re probably wondering, how the hell are they defining what makes someone “desirable”?

It’s a little confusing, but think of it sort of like how Google ranks web pages. Researchers employed an algorithm to rank more than a hundred thousand daters on an undisclosed popular online platform in New York, Chicago, Boston, and Seattle based on the number of initial messages they received, crossed with the desirability of the people sending those messages. The study, which looks at activity for the month of January 2014, was published Thursday in the journal Science Advances.

“We wanted to ask, who on these dating sites in particular cities has the most ‘market power’?” Elizabeth Bruch, an associate professor of sociology and complex systems at the University of Michigan and the lead author on the study, tells Mother Jones. “Who is getting the most messages from the most desirable people?”

Across all cities, every dater fell somewhere between a zero and 100th percentile for desirability, with the most desirable people in the top percentile. The vast majority of online daters, men and women both, only received a “handful” of messages, about 10 to 15 during the study period, with a small fraction of lucky users getting more than one first message, on average, per day. Of all four cities, the most popular person was a 30-year-old woman in New York, who received a total of 1,504 messages during the study period, an average of one message every 30 minutes.

In addition to discovering that men and women tend to pursue others “aspirationally” online, the study, unfortunately, confirmed some stereotypes about the dating habits of men and women. For example, women’s desirability, on average, decreased with age from 18 years old to 60, but men’s desirability actually increased as they aged, at least until they turned 50 years old, at which point it began to decline again.

Another key finding is that desirability drives people’s communication. Bruch found that individuals use different tactics depending on their love interest’s level of desirability, with varying success. For example, both men and women who messaged people more desirable than themselves wrote longer messages on average than those sending messages to undesirable mates—which, for the record, didn’t help either sex make their case to the potential partner, except in Seattle, where men were more likely to be messaged back after sending a long message.

Despite that, there is some good news: attracting the attention of someone out of your league is “entirely possible,” the authors write. “The chances of receiving a reply from a highly desirable partner may be low, but they remain well above zero.” Online dating has become an increasingly common way to find a mate, so the odds are better than ever. Still, says Bruch, online daters are really only successful if they put themselves out there and send messages.

“There’s something that’s really optimistic in this study,” she says. “People are successfully garnering responses from people ‘out of their league’…and our study suggests that persistence pays off.”