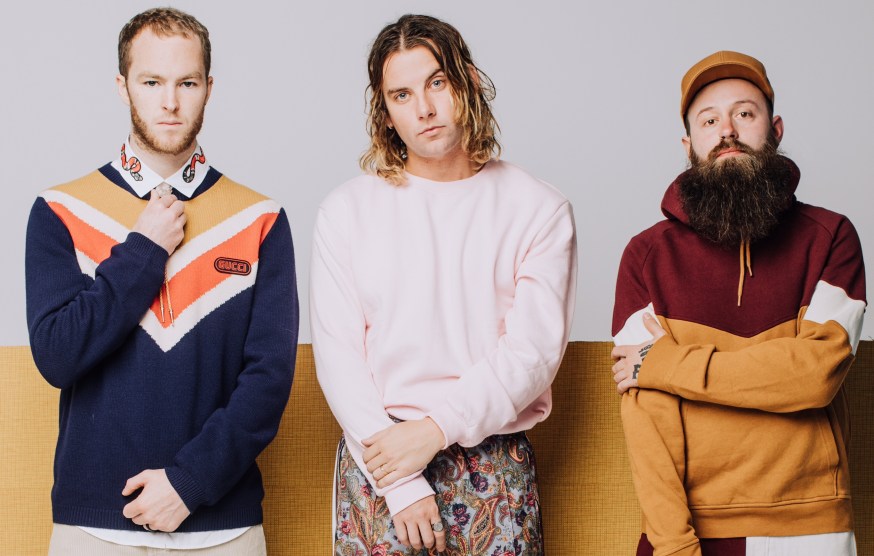 Why we’re into it: A mish-mash of folk, electronic, and rock, the production of Pep Talks is a disciplined and focused delight, while still conveying an out-of-control lack of inhibition one sometimes needs to feel.

I’ve only ever been familiar with Judah & the Lion’s hits, like a few from their 2014 album Kids These Days (“Hold On” and “Rich Kids“) and their mega-hit “Take It All Back” from 2016’s Folk Hop N’ Roll. In general, one would be hard pressed to pick out one of their songs from a lineup of other angsty-white-man-bands—Imagine Dragons, Bastille, OneRepublic, American Authors. But that’s not to say they’re bad, just that they fit a bit too comfortably in that particular niche of music dominated by the “some dudes in a band” bands.

So imagine my surprise when I decided to give Pep Talks an active listen and actually enjoyed it. Of course, the album has its moments of mediocrity, but Pep Talks ditches many of the predictable and dull clichés its peers rely on for an exciting production and a fresh feel.

First of all, the album has a much heavier electronic influence than expected. Songs like “JOYBOY,” “Don’t Mess With My Mama,” and “Why Did You Run” all integrate classic builds and drops that have become synonymous with acts like Martin Garrix, Marshmello, and Zedd. The eerie intro in “JOYBOY” culminates in a string-led melody that—paired with the strong percussion and banjo—communicates the ever-existing challenge of choosing joy in a world burdened by unhappiness.

With 17 songs, it would be easy to lose a coherent tone, and for the result to be something that comes off as if its trying too hard (cough, cough Billie Eilish). Yet each song holds onto the heart of the album, elevating its message with collaborations from Kacey Musgraves and Jon Bellion. “Family/Best is Yet to Come” uses a voicemail as an audio sample, which ends up constructing the narrative and driving the song, instead becoming merely a shallow tool that acts as if it’s providing “depth,” but isn’t. “Quarter-Life Crisis” and “pictures” tackle the loss of control, which takes an odd paradoxical turn when production levels are so granular, there is little room for losing control. But Pep Talks has the aura of highly produced spontaneity, an in-control tone that perfectly conveys the feeling of being out of control.

That is not to say there are not moments of stereotypical indie band blandness. Songs like “Over my head,” “Alright (frick it!),” and “i’m ok.” may have a nice production edge to them but feel old, like something that hit the top 40 in 2011 and invades your space every time you flip through the radio.

There’s a lot of experimentation in Pep Talks, and it sure is fun. As the alternative genre becomes more crowded with artists who define themselves as “independent,” alternative has the faint aroma of being in the reject pile. If it doesn’t fit here or there, it must be “alternative.” Pep Talks is a bracing reminder that even then, the often-uninteresting independent sound actually can surprise and convey its own individuality and excitement.