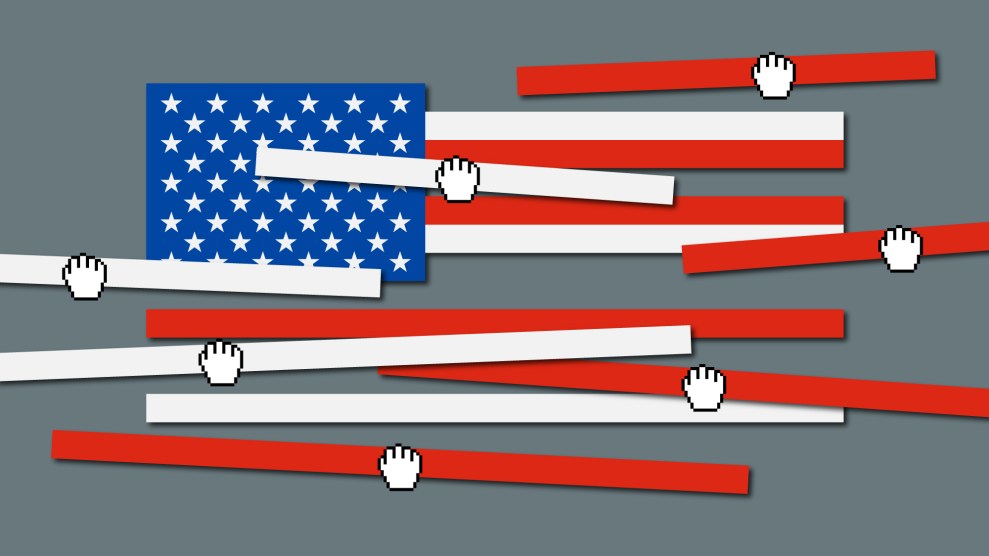 After graduating from college I began reading feminist blogs, and it was as if I had discovered that I’d been living in The Truman Show. At sites like Jezebel, Feministing, and Slate (under its now-deceased DoubleX vertical), I absorbed political and cultural news through an anti-patriarchy filter. Lightbulbs blinked on as my brain was reprogrammed. The most important lesson was that criticism of women did not reflect a flaw in that particular woman but instead demonstrated our culture’s inability to accept women who didn’t conform to the patriarchal prerogative.

Celebrity women were and remain at the heart of the online feminist discourse, their journeys through public life offering miniature morality plays about the circumscribed roles that women are required to perform. A particular celebrity would find herself under attack for one reason or another; sites would rush to her defense, and thus in theory contribute to the work of liberating women everywhere. Supposed “divas” were recast as women demanding respect and equality. So-called “sluts” were reconfigured as normal sexual humans. And so were we, the readers, likewise recast and reconfigured.

But after a year or so, by the end of 2011, I stopped reading these sites. There was a predictable formula to the posts, and I could tell from a headline what the story beneath it was going to argue. The feminist internet kept on cranking without me. Blogs defending celebrities turned into books defending celebrities. But as New Yorker writer Jia Tolentino argues persuasively in her new essay collection, Trick Mirror: Reflections on Self-Delusion, that approach to feminism is increasingly self-defeating. A reflexive defense of anyone discussed in gendered terms leaves no space for evaluating women who are actually behaving badly. At its worst, it becomes a kind of performance in itself.

Tolentino’s subject in several essays is the warping effect the digital world has on our lives, but the dynamic she describes has everything to do with our political moment, too. The distraction, pettiness, and chaos that Tolentino observes at the level of the individual plays out in grand scale in our politics, which are now inextricably bound up with the rhythms and imperatives of the internet. “What’s amazing,” she writes, “is that things like hashtag design—these essentially ad hoc experiments in digital architecture—have shaped so much of our political discourse.” She is diagnosing a problem that will come crashing down on all of us unless our politics can intercede.

The recurring and terrifying theme of Trick Mirror is the way the internet has turned our lives into online performances. This is not a luddite’s lament; the author has been, as she writes, an internet addict since childhood. Tolentino, in her beautiful prose, is trying to tease out the process whereby the internet thwarts the larger ambitions it opens up for us. The internet feminists, for instance, succeeded in changing the terms upon which women understood their own lives—a significant victory—but then fell into a Groundhog Day situation, waking up every morning to find a woman in distress on the internet and rushing to rescue her without stopping to build upon the successes they had made. Tolentino’s observations remind me of my own time on the feminist web—a place where groundbreaking pop feminism somehow became more of a performance than an intellectual and moral endeavor.

Siloed into lonely performances of our better lives, constantly trading solidarity for personal gain, we seem determined to foreclose any possibility of collective action.

The failure doesn’t belong to any particular site or ideological group; in Tolentino’s telling, it’s practically coded into the internet and the media that rests uneasily atop it. The internet “collapses identity, opinion, and action,” she writes. Drawing on the mid-20th century sociologist Erving Goffman, she argues: “The internet is engineered for this sort of misrepresentation; it’s designed to encourage us to create certain impressions rather than allowing these impressions to arise ‘as an incidental by-product of [our] activity.'” The personal is the performance of the political.

Nowhere is the failure of the pop-feminist celebrity discourse more evident than when applied to the women of the Trump administration: Kellyanne Conway, Sarah Huckabee Sanders, Hope Hicks, and Melania Trump. When comedian Samantha Bee chided Ivanka Trump for failing to condemn her father’s family separation policy, she criticized Ivanka as the woman who claims the mantle of the pro-mommy, pro-family advocate in the administration. “Do something about your dad’s immigration practices, you feckless cunt!”

Criticism rained down on Bee, whose comment was taken not as a criticism of Ivanka’s faux-feminism but as the real sexism. “Bee apologized, and I felt as if a feminist praxis was turning to acid and eating through the floor,” Tolentino writes. Instead of actually trying to uproot sexism, “to the great benefit of people like Ivanka, we’ve been adjudicating inequality through cultural criticism. We have taught people who don’t even care about feminism how to do this—how to analyze women and analyze the way people react to women, how to endlessly read and interpret the signs.” The project of eradicating sexism was constantly being eclipsed by the momentary gleam of a celebrity woman in distress.

“In the future, we will inevitably be cheapened,” Tolentino predicts in the first essay, titled “The I in the Internet.” “Less and less of us will be left, not just as individuals but also as community members, as a collective of people facing various catastrophes.” The internet is dismantling our economy and corroding our social connections, yet most of us stay on Facebook and Instagram; we continue to order from Amazon. It’s a pernicious trait of our online existences that we are isolated while also obligated to follow the crowd. This—the herding of atoms—is also part of the process of political erosion.

The Russian émigré Masha Gessen has documented what happens to a society when a majority of its citizens abandon the world as they see it for a reality that’s been created for them—by the Kremlin, in Gessen’s case. The decision to accept this new reality, based on facts invented by the government, is so corrosive that it leads to social decay. “You were going to be corroded by the system because the essential tools of living with others are taken away from you,” she recently observed. “When this happens we become isolated and we start disintegrating as a society.” This loneliness, she continued, borrowing from Hannah Arendt, is the basis upon which a totalitarian system is built. “The reason [people] become lonely is because politics, in its truest sense, is completely destroyed. Politics as a negotiation—on how we live together in a building, a city, a country, a world—disintegrates. You’re left alone. You can only receive reality from on high, and you can’t share it with other people.”

There are essays in Trick Mirror, particularly one on the internet and one on political and economic scams, that help elucidate how the internet has primed us for this kind of attack from the state, turning us into distractible and lonely subjects for an anti-reality government to conquer. When Tolentino’s arguments extend from the individual to society, they still circle the same problem: a world in which individuals lose their connection to the whole.

Siloed into lonely performances of our better lives, constantly trading solidarity for personal gain, we seem determined to foreclose any possibility of collective action. The result, Tolentino argues, could be apocalyptic. It’s easy to gloss over the gravity of her warning because it’s so dire. I had to read this part twice before it sank in: “What could put an end to the worst of the internet? Social and economic collapse would do it, or perhaps a series of antitrust cases followed by a package of hard regulatory legislation that would somehow also dismantle the internet’s fundamental profit model. At this point it’s clear that collapse will almost definitely come first.”

There are plenty of examples to contradict this: millions of people joining the Women’s March after Donald Trump’s inauguration, thousands of people rushing to the airports a week later to protest Trump’s anti-Muslim travel ban. Even the #MeToo movement. But the truth is, I found Tolentino’s dark prediction almost reassuring. It was comforting to know that the dread I feel, the sense of a dead end having been reached, was not only explicable and nameable but shared by others.

Trick Mirror isn’t all doom and gloom. In perhaps the most lighthearted of her essays, “Reality TV Me,” Tolentino reflects on her own appearance on a reality TV show as a high school senior. She’d auditioned for Girls v. Boys: Puerto Rico with the confidence of someone who believes she is “special”—in her second audition tape, she promised “the girls will not win—I mean, they will win—with me on the team.” Having earned a spot, Tolentino flew to Puerto Rico in December of her senior year to claim the prize money for her and the other girls. She figured it would help pay for Yale, where she’d already been accepted for the following fall.

Except the girls lost. Without the prize money, Tolentino opted instead for a full ride to the University of Virginia, against the wishes of her parents, who couldn’t understand giving up the prestige of an Ivy League school. They “retained a faith in the transformative power of institutions,” Tolentino writes, “a faith I shared until I abruptly did not.”

“Losing the reality show marked some sort of transition,” she continues. “I started to feel that the future was intractably unpredictable, and that my need for money cut deeper than I’d imagined, and that there were worse things than making decisions based on whatever seemed like the most fun.”

The University of Virginia turned out fine for Tolentino, of course. But the lesson feels applicable today. We assume in our young country that everything will work out, that our institutions will protect us. But at what point do we lose that faith and contemplate the alternative?