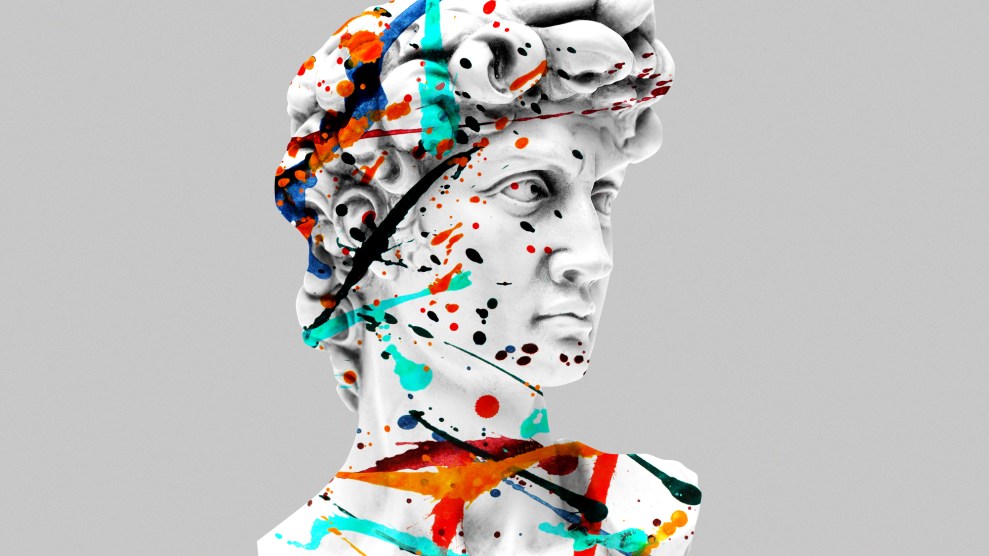 On Monday, New York’s Museum of Modern Art reopens after a four-month renovation to its permanent collection. This was an expansion in every sense, not just of the collection but of the modern art canon it embodies. MoMA is carving out more space in its galleries—once dubbed “Modern White Guys” by a critic—for female artists and artists of color. “Today we’re saying: Of course there are many histories; the collection represents those many histories,” Ann Temkin, MoMA’s chief curator of paintings and sculpture, told the New York Times about the renovation. “Don’t repeat the dogmatism of the past.” In the same spirit, we asked curators from around the country to tell us which pieces, in their view, belong in the new, reimagined canon.

“For a performance of a score written by Maren Hassinger, Owens asked the audience to work together to position his limp, nude body as described by the instructions. Owens had to trust that the audience members would handle him with care as they placed him in various seated poses. His examination of the black male body and its attendant strengths, vulnerabilities, and traumas has been prescient in this time of Black Lives Matter.”—Christopher Y. Lew, Whitney Museum of American Art

“Danza Africana, Amor Africano, and Danza de Carnaval, all from 1974 and in the collection of the Smithsonian American Art Museum, recall the curves of a dancer moving to the beat of Caribbean music. The colors syncopate and bounce through the surface of the painting in ways that remind me not only of the Caribbean region but also of the sounds of New York City in the 1970s.” —Marcela Guerrero, Whitney Museum of American Art

“Pindell infuses the circle—the basic geometric form—with a personal narrative about resilience in the face of oppression, be it racial or gendered. By taking the painting off the stretcher in the 1970s—cutting the canvas and recomposing it by piecing and stitching it together—she alludes to domesticity and feminist ideology. The work continues to make us think while we breathe in the beauty.” —Valerie Cassel Oliver, Virginia Museum of Fine Arts

“For years, Bailey has been working with fiber and craft techniques to create bold and colorful structures, wall works, and installation. She’s a trailblazer with a singular vision who is still producing dynamic work.”—Eugenie Tsai, Brooklyn Museum