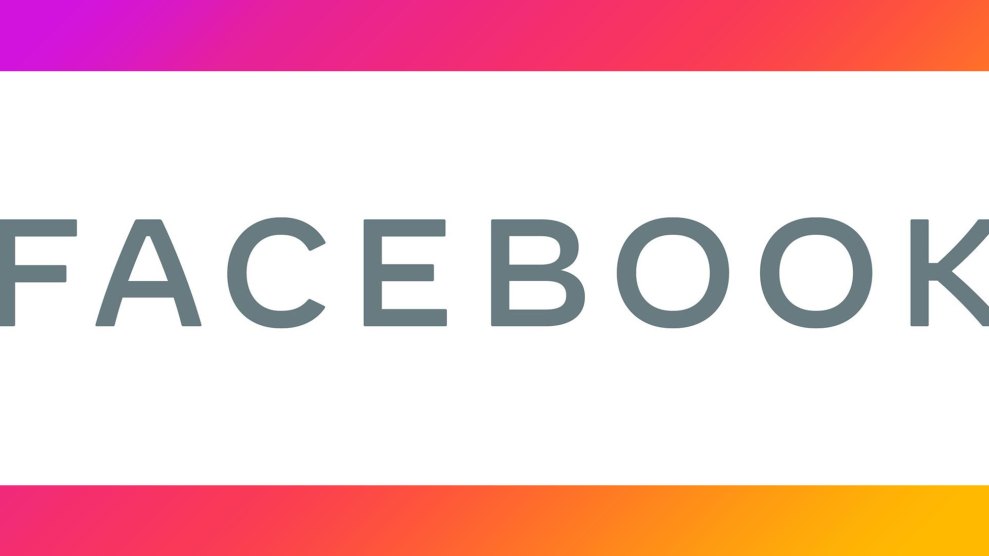 The world’s biggest social media company just couldn’t help itself: Facebook is now FACEBOOK. Officially. THE ALL-CAPS RESET was announced this week in a widely mocked blog post by its chief marketing officer. The rationale: Apparently the company felt the need to distinguish its subsidiary services and products, like WhatsApp and Instagram (owned by the newly styled FACEBOOK), from its main app, Facebook (retaining capitalization).

This fooling-no-one caps-lock maneuver was chosen “for clarity,” marketing chief Antonio Lucio insists, as if THIS IS CLEARER than this. Because having more users than the world’s largest religion has followers, and the three largest countries have people (combined), isn’t conquering enough, controlling enough, self-aggrandizing enough. Facebook had to find another way to go big. Smashing style guides everywhere could be its not-so-subtle attempt to dissuade politicians and the public from dismantling the company, a mounting movement fueled by a distrust of corporate consolidation. That might be the real reason Facebook went FACEBOOK: Too big to fail is now, we’re asked to believe, TOO BIG TO DISMANTLE.

This style switch is the latest attempt to make the company seem distributive and invulnerable to antitrust intervention. No monopoly here, nope. Nothing to break up. We have FACEBOOK and this other appendage, Facebook. See? So many moving and unrelated parts. The world is LOLing at Facebook’s FACEBOOK. Laughter may be cathartic, but a better option is legislative action: The call to break up Facebook is growing louder, and coincidentally the company’s all-caps switch was announced just weeks after the wandering, barely coherent testimony by Mark Zuckerberg in his attempt to be held accountable in a congressional hearing for his company’s harm to elections and democracy. When Rep. Alexandria Ocasio-Cortez grilled Zuckerberg about Facebook’s breezy indifference to disinformation in political ads, his response was so far from an articulation of a policy that you have to wonder if he even knows his company’s policy—or if his company has one at all. You also have to wonder if Facebook’s corporate copy editors (hey, colleagues) actually equate all-caps with all confidence and a hierarchy of products, or if they don’t see a distinction (or haven’t convinced their marketers there is one).

I don’t mean to single out Facebook’s marketers or copy editors, at least no more than any corporation whose style guide allows ALL-CAPS FOR NON-ACRONYM BRANDS. I’m going after their reasons for doing so. “Clarity,” the stated reason, is a familiar refrain from certain marketers who peddle its opposite: obfuscation. If anything is clear, it’s that Facebook’s ALL-CAPS is not about clarification; it’s an exercise in domination, desperation, overcompensation, and misdirection. These are the imperatives of a Trump era that values SHOUTING as virtue—the stylistic mask for vulnerability. All-caps does not make a brand bigger; it makes it smaller.

Those of us working in media who are fortunate enough to have a shred of independence should AVOID SHOUTING AT READERS. Many good style guides use all-caps only for acronyms and defy the wishes of brands that would have us become their megaphones. It’s Fox (not FOX), Politico (not POLITICO), Wired (not WIRED), and Vice (not VICE); none are acronyms. The corollary is also true: Just because a brand lowercases each letter, like adidas, doesn’t mean we have to oblige, and there’s good reason not to (like consistency and clarity).

If Facebook wants the news media to cap FACEBOOK, the company has to pass a simple acronym test: Are you an acronym? (I’ve asked Facebook’s marketing team whether FACEBOOK is, to their minds, an acronym, and if so, what for. I’ll update this post if I hear back.) Any guesses? I have a few:

Forever Aspiring to Condition Everyone’s Behavior and Obliterate Other Kompanies

First and Always a Company Endeavoring to Build Obedience Over Knowledge

Flashing All-Caps to Entice, Beckon, and Own Our Kids

Got more? Send them to styleguide@motherjones.com, and if they’re good, we’ll update this post to include them. (Let us know if you want your name credited.)