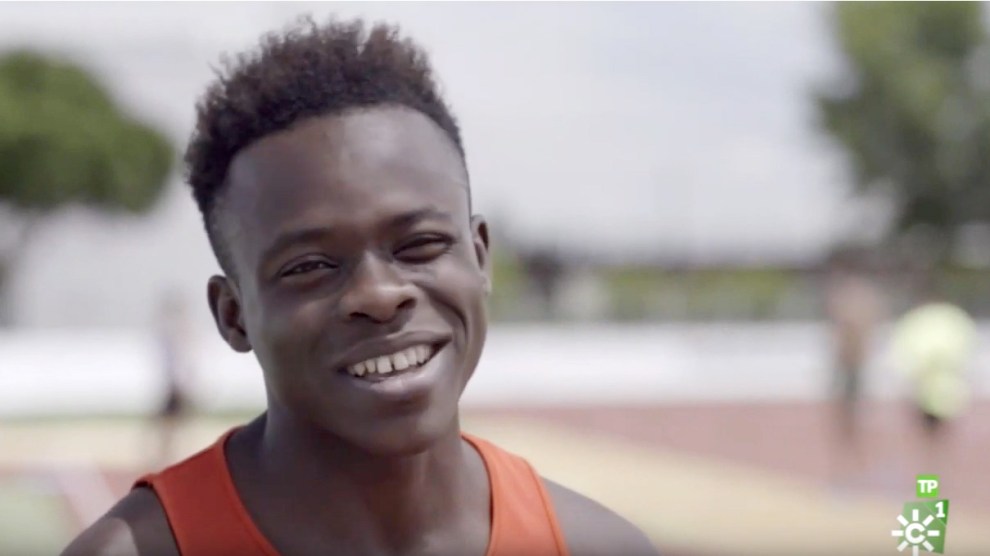 At 14, Kone Yossodjo lost his father, and his mom said she couldn’t take care of him. He made his way from Ivory Coast to Morocco, then to Spain, where, at 19, Yossodjo has become one of the nation’s fastest runners.

“He’s young, but he’s distinct and the fastest I’ve seen in 35 years,” Paco Vallés, his coach, told the Guardian.

In the last running season, Yossodjo won five of 11 races and became Andalusia’s 5,000-meter champion. He’s aiming to represent Spain in the 2024 Olympics in Paris. The teen is running for a reason beyond fame and glory. At a time of growing xenophobia and anti-migrant sentiment across the world, “I want to show the people of Spain that migrants can add to the society.”

As improbable as his journey to Spain was, his move from a juvenile detention center in 2016 to second place nationwide in Spain’s youth 3,000-meter final was less likely, he said: “It was a major shock to go from jail to racing in the championships in just one year.” Yossodjo has a residency card and is studying Spanish while working as an attendant in a nursing home when he isn’t training.

He encourages other migrating teens to pursue competitive sports, and he has another goal in mind: If he can trim 30 seconds from his four-minute mark in the 1,500-meter run, his coach said, Spain will also grant him citizenship.

Keeping a town alive. When Ben Cutler grew up in his Kansas town of Neodesha, families and institutions were strong, providing a springboard for his success in life. His hometown has dwindled to 2,300 people, but the retired businessman has told the town’s 300 middle- and high-schoolers that he’ll take care of their tuition and fees, provided they maintain a 2.5 GPA. “I’m still in shock right now,” said De’Jua Pouncil, a senior hoping to study dental hygiene at Wichita State University. “This is just a real relief off of our shoulders.” (KCUR)

She was there. For hundreds of people dying of AIDS, a compassionate Arkansas woman named Ruth Coker Burks became their final caregiver. Many of them were young men, and most were gay, a point of distinction that led their families to abandon them, which enraged but motivated Burks. She buried more than 40 of them herself at an Arkansas cemetery, and she recently oversaw the creation of a memorial in their honor. Thanks to colleague Dru Sefton for this story suggestion. (A Mighty Girl)

Breaking down shame. Namibia decreased the HIV incidence rate among adults by 50 percent between 2012 to 2017, after expansion of treatment and prevention services. A higher percentage of patients in Namibia know their status, are on treatment, and now can’t pass on the virus than patients in the United States. How did Namibia do it? Partly through a community-centered approach, addressing risk factors like poverty, educational access, and gender inequality. (The Ground Truth Project)

I’ll leave you with this amazing sky above Maine’s Acadia National Park via the Interior Department’s Twitter feed. Have a great week ahead!

Lighthouses are like family. They warn you of danger & are a beacon in the darkness. @AcadiaNPS Bass Harbor Head Light shows you the way home. Pic by York Chen (https://t.co/7u0uZGuWtK) #Maine #FindYourPark pic.twitter.com/lk2isugvcX