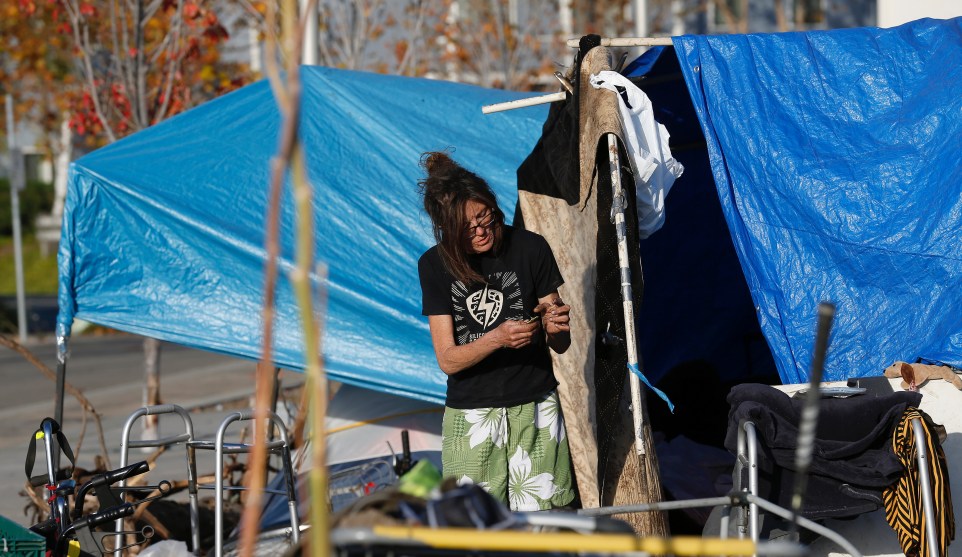 For a decade, she lived two doors down from a vacant lot that was overgrown and ignored. One day in August, Stefani Echeverría-Fenn pushed through a hole in the chain-link fence and started sweeping, clearing the brambles, and pitching a tent. Since then, the lot has become a welcoming community for people priced out of housing, or who could never afford it to begin with, in Oakland, California.

Echeverría-Fenn and other neighbors with homes take out the trash, make sure the 21-person area has clean water, and empty the lot’s toilets in their own apartments. The camp also has a pump sink and a solar shower.

The site, known as 37MLK (it’s on the corner of 37th and Martin Luther King Jr. Way) has become a model for communities of people with or without housing to come together and improve conditions and care for unhoused families in the city.

Standing up for decency. The customer was spewing racist, anti-Muslim language in an Applebee’s restaurant. Manager Amanda Breaud asked him to leave. Then, Breaud said, her boss chastised her—and she was eventually fired. Other customers (and readers who have read Breaud’s story) have rallied to her defense. One left a note on a receipt that read: “To the Manager — Thank you for standing up to hate + Racism. Thank you for your service.” Breaud, who has filed suit to get her job back, told the Asbury Park Press she hopes her actions help others fight bigotry. “I’m a gay woman and I’ve been at the bar before or out in public and had people say things about me,” she said. “A lot of my life I wish that someone would have stood up for me. Now that I’m able to stand up for myself, I want to stand up for other people.” (NBC News)

Restoring history. There are more than 95,000 national historic sites. Only about 2 percent are devoted to African American history and culture, reports the New Yorker’s Casey Cep. For generations, resources weren’t devoted to preserving these spaces, says poet and Mellon Foundation president Elizabeth Alexander, and people of color have had “to carry around knowledge and stories in our bodies.” After the 2017 attack in Charlottesville, Virginia, by white supremacists, a new fund was established to empower historians and archeologists to more clearly mark and honor these spaces. (New Yorker)

Go libraries! What’s the most common cultural pursuit in the United States? Going to the library, by a 2-to-1 margin over things like going to a movie theater or attending a sporting event, according to a Gallup poll. Women go to the library about twice as much as men do, and people from 18 to 29 even more so. Since a similar 2001 survey, there have been small increases in the percentages in Americans going to a museum, a live music or theatrical event, or a national or historic park. (Gallup)

Recharge salutes: Fauzia Lala, a black belt in tae kwan do, who, after she faced harassment, began teaching self-defense to other Muslim women in Washington state; Terrance Lewis of Philadelphia, exonerated after 21 years in prison, who is trying to free others wrongly behind bars; Scotland, whose power grid is on track to be run 100 percent by renewable energy this year.

eI’ll leave you with the northern lights over Alaska’s White Mountains National Recreation Area, via the Interior Department’s Twitter feed. Have a great week ahead!