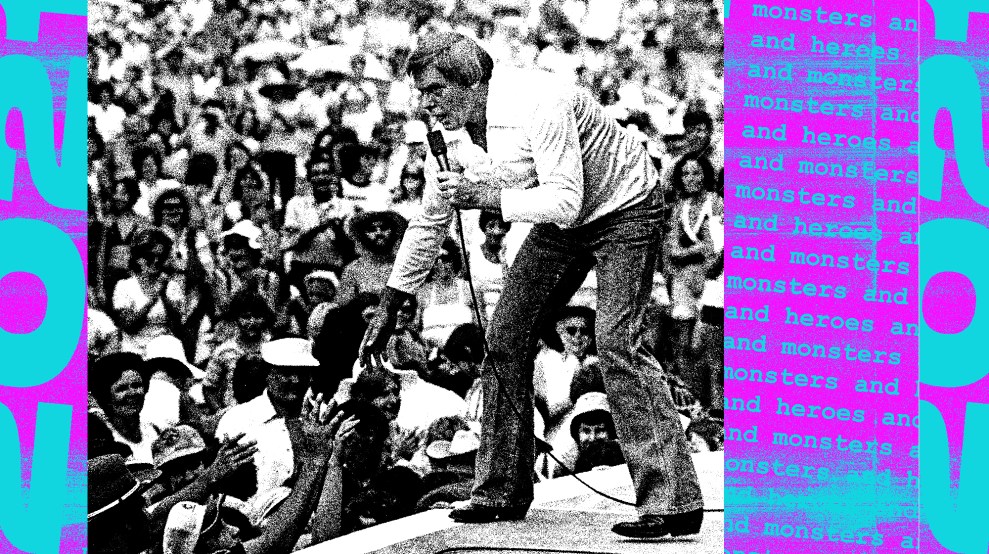 “If you can’t dazzle ’em with talent,” Tom T. Hall wrote in his memoir in 1979, “baffle ’em with bullshit.” It’s a good line. Yet it’s hard to imagine Hall—the chart-topping country musician known as “The Storyteller” who died this year—as much of a bullshitter.

He did his share of schmaltz. But lying via country music clichés wasn’t his thing, at least to my ear. Rather, his characters explained the lives of the overlooked but typical. He wrote about grave diggers, shoe shiners, and preachers with close attention. No sense of the need to “baffle ’em.”

Hall’s bests songs were microscopic morality plays, a single moment that evoked a world of feeling.

In fact, Hall was one of the great elucidators. Never vague when a detail could be found. His bests songs were microscopic morality plays, a single moment that evoked a world of feeling. Each conjured the political and the personal as they naturally wafted off any piece of closely observed everydayness. Focusing on a singular character, Hall relayed “tales” in his music.

As the New York Times wrote in his obituary this year, he worked not “through the unfurling of linear plots” but instead “the presentation of one-sided conversations or interior monologues.” The narratives operated like Bob Newhart’s phone calls. Or (if you’ll grant me some leniency here) like Rachel Cusk’s auto-fiction in the Outline series: Strangers telling their stories through our narrator, who is always present, seizes control, and yet never fully dominates. (Too many songs to count involve Hall basically saying, I met a person who…) But while in Cusk’s novels the silence feels aloof, perhaps even judgmental, Hall’s songs replace this with the preciousness of America. He watched with more tender eyes.

In this way, Hall’s methods and form met content. He was famous for traveling around to gas stations, pool halls, and bars. Like a political journalist who didn’t ask dumb questions, he would sit around diners and talk to “the people” of the United States. (In a “Trip to Hyden,” he gives away that an old man even thought he was a reporter.) Their stories would become his songs. It gives all his work a bit of the Old, Weird America sensation. Enough truth is sucked into his vortex to make it too strange to come from nowhere.

In the miasma of not-really-at-all-but-kind-of-post-COVID 2021, and especially after Hall’s death in August, I found listening to his music particularly striking. I relished meeting strangers this year. The feeling of small connections, moments of noticing. The beautiful part of Hall’s tunes was that these other lives were never distanced from his. And in this way, his own stories were wrapped up in the epiphanies and difficulties of others.

In particular, his song “Who’s Gonna Feed Them Hogs,” which has always been a favorite, hit hard. It’s about a man, near death, that Hall met and can’t forget. Here’s how Hall describes the sick man complaining amidst his hospital stay:

He’d lie there and cry out in a medicated fog,

“Here I am in this dang bed and who’s gonna feed them hogs?”

“Four hundred hogs, they just standin’ out there

Here I am in this dang bed and who’s gonna feed them hogs?”

Drawing a COVID-19 parallel here is a bit too easy. But, let’s say the obvious: We lived in a world in which many got sick, made sacrifices, and even died, all while having to worry about their little problems (“who’s gonna feed them hogs!”) as the world refused to stop, help, or even slow down. Friends, neighbors, loved ones, and (though Hall doesn’t say it) the government have failed in such a collective burst of inaction that all of it, at times, feels like a scheme. Many of us simply wanted to know who was going to do what needed to be done, as everything fell apart.

In the song, the man gets better, walks out, and feeds those hogs himself.

I bet a lot of people had to do the same thing this year. And it’s nice that Hall was the kind of writer to notice those moments of small heroism—and the humor, kindness, and struggles we all deal with each day. I don’t think that’s bullshit at all.