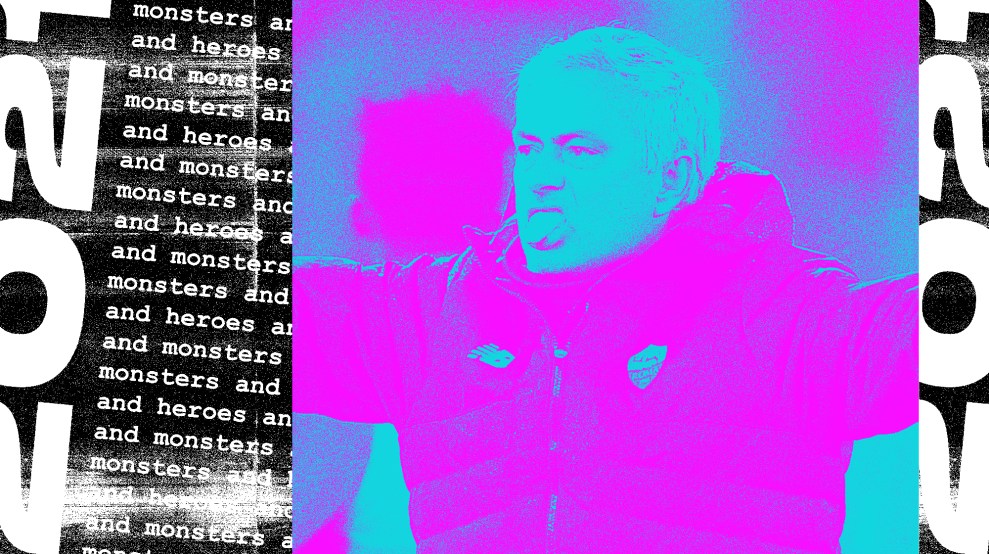 It was utterly humiliating. But, I have to admit, it was a relief. Finally, the pain inflicted by Tottenham being terrible under Mourinho was easily explicated.

That was the day that Tottenham Hotspur, the London-based soccer team I support, trudged to Croatia under manager José Mourinho—the so-called “special one“; a world-class coach brought in to inject our squad with grit—to play Dinamo Zagreb in the Europa League. The match should have been “little more than a formality“: Spurs needed only to not lose by three goals to advance to the next round of the competition. Instead, we played like crap. Zagreb won 3-0. Tottenham were out.

It was utterly humiliating. But, I have to admit, it was a relief. Finally, the pain inflicted by Tottenham being terrible under Mourinho—often hard to explain to the American non-soccer fan without any grouse devolving into an annoying shotgun blast of links to Wikipedia pages, “how do I get into soccer” explainers, and YouTube videos as appendix—was easily explicated: Our team just lost, I said to a friend, to one whose manager abruptly resigned after he was sentenced to prison three days before the game.

Yes, Zoran Mamic, manager of Zagreb, had stepped down because of a four-year sentence for tax evasion and fraud about 72 hours before the match. It’s pretty clear, to anyone, that losing to that team is stupid! On any day, Tottenham should not lose to Zagreb. But…with the other coach out of commission and headed to prison? Come on. That’s so bad it’s funny.

People lose. That’s fine. Any coach, or team, can have a bad spell. Tottenham are not some giants, either. I do not expect them to win every competition (or, honestly, any). Despite a history of greatness, for much of the modern era Spurs have been a bit middling—lovable losers, with a smaller budget than the truly massive English teams but solidly more than the truly average ones. Tottenham always have a fighting chance at glory and plenty of opportunity to embarrass themselves.

But this year was different. Watching Spurs muddle through the start of 2021 under Mourinho was a joyless activity—only redeemed from its beige contours by bouts of anger or comedy (or, often, both at the same time).

It’s the way that Mourinho loses that sucks. Losing is so anathema to his self-perception, and way of being, that it destroys him.

It’s the way that Mourinho loses that sucks. Losing is so anathema to his self-perception, and way of being, that it destroys him. Mourinho has built at least three dynasties: as wunderkind at Porto in Portugal, as superstar at Chelsea in England, as redeemer at Inter Milan in Italy. He is one of the best coaches of all time. But, because of this, when he loses—as he’s done at Manchester United, as he’s done at Chelsea (especially during his second time there as manager), and as he did at Tottenham last year—it tears as his very being. He goes toxic. Other coaches have unique styles; Mourinho does not. He plays ugly football that wins. So, when that does not work, it leaves nothing but ugliness to behold.

In fact, the stench that he leaves behind at a club as it begins to slide into mediocrity is understood enough—widely accepted, consecrated, enshrined—that in gossiping about the failures of Boris Johnson’s administration, an official can slip to iNews that the prime minister had “lost the dressing room” like “Mourinho during his second season.” (It’s traditionally thought to be the third season under Mou that does it, but the cycle has sped up of late.)

I broadly knew this as a general soccer fan. But to experience it this year gave me an insight into why the way Mourinho fails is more frustrating than with other managers. In his tailspin, he made loving the team impossible. As things got bad, and losses piled up, Mourinho seemed to prohibit solidarity in the misery. In press conferences, he called out specific players. He complained about heart. He said he was offended, personally, by what was happening. And—in so doing—he made fans take sides. The tactic was to wield public opinion like a spear: It created an unrelenting pressure on players, and the club, to do what Mourinho believed needed to be done to fix the team or we’d all be right there, as fans, to yell at them.

This made the fandom frustrating. Fights filled Twitter and Reddit and podcasts, everyone bickering about whether Mourinho was good or bad for the team. And it made a nasty culture in which any mistake felt like a crisis. Every error a player made, it seemed, would be ridiculed. Mourinho molded us, as fans, into versions of him: Nitpicking and mean and always ready to blame others.

Since he does this at all his clubs, Mourinho has developed his own separate group of fans. Maybe they’re all idiot teenagers. But, whatever they are, they jump on any mean thing written about Mou and go to town. They are relentless and, it seems, support not a club or players but instead a man: José Mourinho. They only are there to tell the club supporters, no matter which club it is that Mou is running, that it’s actually everyone’s fault but his.

Mourinho molded us, as fans, into versions of him: Nitpicking and mean and always ready to blame others.

That’s the part that gets me. Who cares if Mourinho is right? Often, he is! The point is that he doesn’t care about fixing it—about the club getting better—but, instead, about his personal vindication. The only way he can imagine solving problems, it seems, is to use public opinion as a weapon—to use fandom as a way to tell players they aren’t good enough and must do better for him. I came to hate that. Even from so far away, I felt myself disliking the team I actually love in order to pressure them to be better. It didn’t actually feel all that helpful. It seemed to be only useful in proving that it wasn’t Mourinho’s fault if we lost.

And lose we did. Eventually, it all added up and Mourinho was sacked. In May, he went to Roma in Italy, and so far he’s seen similar ups and downs. In that time, we hired another coach, fired him, and then, recently, appointed Antonio Conte, another world-class manager. Conte is equally hard-nosed. But his is an excitable anger. We are having fun again. We are playing hard and fast and well. I don’t feel like I have to chose between Conte and Tottenham. I can just say I like both.