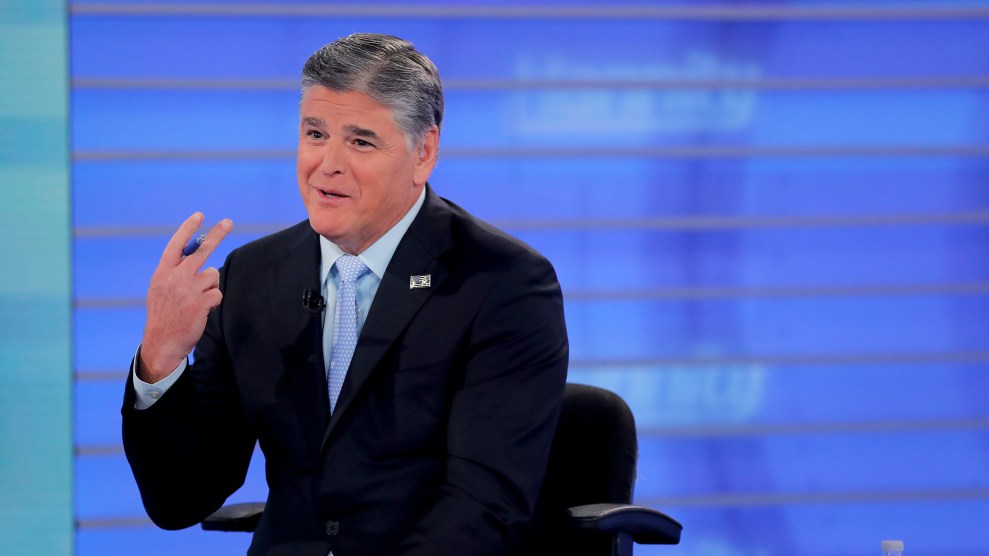 On Monday, the House committee investigating the attack on the Capitol released text messages sent to Mark Meadows, Trump’s chief of staff, on January 6. These messages contained a deluge of concern from every stripe of Republican that the riot had—to quote a text that Donald Trump Jr. sent to Meadows—“gotten out of hand.”

Since then, we have not heard much of that from Republicans. In fact, we’ve been told it was not that bad, a “normal tourist visit.” And even if it was a semi-coup… maybe it was antifa? The FBI? And wait, sorry, it also was not really that bad—it was maybe even good.

Yet, on the day, the texts painted a different picture. They show three hosts from Fox News—Sean Hannity, Laura Ingraham, and Brian Kilmeade—asking for Trump to do something to stop the attack. They show Trump administration officials freaking out.

And they show Meadows—who has been on a media tour to promote his new book, even as Congress moves to hold him in contempt—agreeing he needs to get Trump to do something (“I’m pushing it hard,” he messaged) about the harsh reality that the lie the administration spread about a stolen election had sparked a violent attempt to overthrow the government.

All of this was put forward by Republican Liz Cheney as part of her statement in front of the committee. You can read all the messages, and her comments, here.

“[Trump] needs to tell people in the Capitol to go home. This is hurting all of us. He is destroying his legacy."

It makes something clear. For a moment, the reality pierced through to Fox News, Republicans, and Trump administration officials that they had been trying to wreck democracy—and would even have to live with those consequences.

Everyone was in Meadows’ messages. They were sort of atoning and trying to fix it. Because it got too real.

Kilmeade requested Trump “get… on tv” to stop the insurrection. In the almost year since, Kilmeade has been on TV himself. In fact, he was on Fox & Friends this morning, but he didn’t bother to mention the texts today.

The same goes for Sean Hannity, who on January 6 asked Meadows if Trump could “make a statement” and “ask people to leave the Capitol.” Since then, Hannity has made a practice of soft-pedaling the insurrection to such a degree that compatriot Geraldo Riveria has said he is “gaslighting” viewers about it.

Laura Ingraham—who texted Meadows that day to say that Trump “needs to tell people in the Capitol to go home”—spent a good deal of time making clear that what happened on January 6 was not good. It was wrong, she repeatedly said. But then, in her explanation, she made sure to mention antifa could be involved. She added that maybe the election was rigged.

And, in that vein, for the past year or so, Republicans, and Fox News, have downplayed the seriousness of what happened on January 6.

But let’s remember the energy.

America watched as people rushed the Capitol in an attempt to overthrow an election to keep in power an unelected official—or, in his parlance: a loser!

Since then, they’ve tried to rewrite January 6 in whataboutisms. Any mention of the horror has to be sprinkled with a mention that antifa could’ve been involved and that the security should have been better. It can be a full out denial (Tucker Carlson) or an attempt to mention a few caveats (Ingraham), but in each case acknowledging January 6 was evil requires distancing themselves from what happened.

Because to fully explain it—without lying—would require all of them to acknowledge they fueled an attempt to topple democracy.