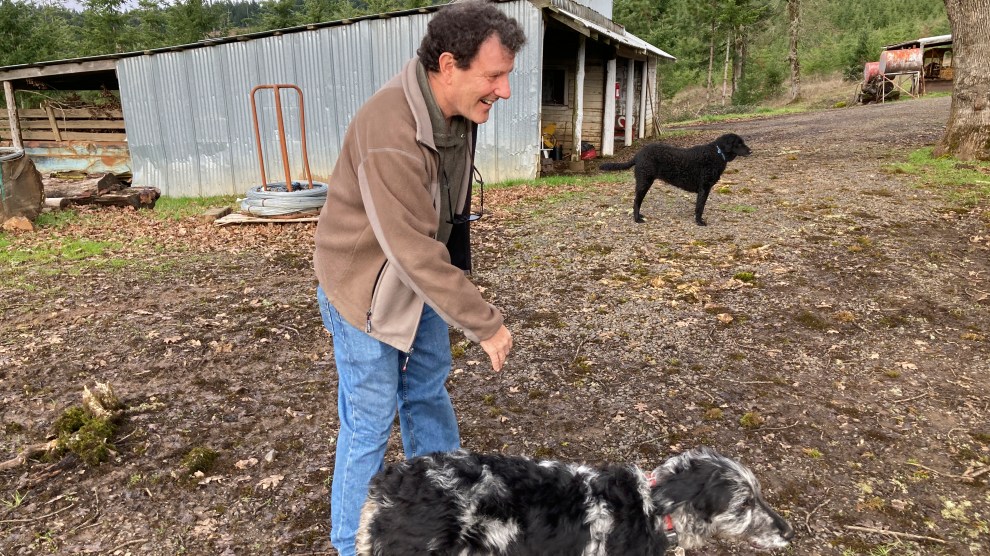 Asking questions about the ethics of something you’re already doing can be a useful evasion. Still, it’s a dodge. Just own it.

But let me ask for your feedback. I’m curious.

Is this an ad?

When I say this, I am asking: Is this post from erstwhile New York Times columnist Nicholas Kristof’s Substack “asking for feedback on an ethics question” actually just an ad for his new cider? Is it a bizarre way to avoid admitting the normal fact he wants people to buy his alcohol? Is it a wild attempt to unnecessarily preempt blowback?

Mostly I inflict my views on others; this time I'm asking for your views about an ethical question of my own. Is it OK for someone like me who has highlighted the toll of addiction and alcoholism to be raising wine grapes and cider apples? https://t.co/e9pdZVZXey Thoughts?

In case it helps inform your opinion, we got here because in 2021, Kristof attempted to run for governor of Oregon. He quit the Times, writing in his final column it was “fair to question my judgment.” From there, he launched his campaign as an encapsulation of the deaths of despair thesis. Kristof bemoaned that he’d fled to a better life while his friends were caught in the collapse of the working class. He harped on rising deaths caused by drugs and alcohol.

This made it surprising, and ironic, when he said he was going back to Oregon both as a political candidate and to make an alcoholic drink. As Olivia Nuzzi noted in a story for New York magazine, Kristof was starting a cider business. His explanation of this contradiction was that, basically, alcoholism doesn’t work like that. Can’t really be from cider.

Nick Kristof's view on alcoholism is one of the dumbest things I've ever read. https://t.co/2xWNn8L9ZS pic.twitter.com/VnbiNl3pGw

In the end, this “controversy” did not change Kirstof’s ability to garner votes.

That’s because Kristof did not meet the residency requirements, according to the state Supreme Court, and was dropped from the ballot.

Out at the Times and out of the race, Kristof’s been doing a bit of Substacking, where he has remained consistent when it comes to his fear that drug use these days is acute and particularly harmful.

But he needs feedback, you see, because he’s also stayed at the cider game. And he has a question: Am I being bad?

As he writes in explaining his question, he’s seen “how the wine industry had created good jobs, while spawning related jobs in tourism, retailing, restaurants and B&Bs.” He’s noted how “a glass of good cider and wine can promote social networks and reduce social isolation, which is another crisis I’ve written about often.”

In fact, Kristof has a potential comparison: “I wonder if alcohol isn’t something like motor vehicles: a powerful tool that causes death but also makes life more joyful for most.” (Hmm, do cars work like that?)

So I repeat: Why ask this now—months after the article and the dunk tweets about his hypocrisy? Well, as Kristof writes (with added bolding for emphasis from me):

All this has been on our mind because we just launched our new Kristof Farms cider a week ago, after it won a “best in class” among 151 ciders at Glintcap, the biggest international cider competition. We’re proud of this cider, and we think it adds sparkle to life.

That’s why I’m trying to think through these issues. My take is that a good cider or wine can, on balance, make life better and that they are worth producing and taking pride in, and have real economic development benefits. But I’m genuinely interested in how other people see this. What’s your take?

Specifically: Why did you try to shoehorn in an ad for your cider as some weird journalism ethics question? Why not just post “new cider (and career) just dropped” like any other journalist would?