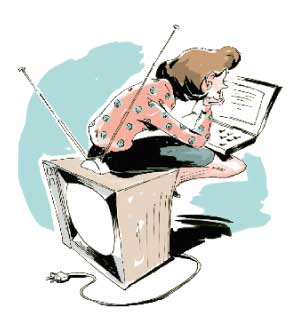 When a video mashup of a 1984 Apple commercial, starring Hillary Clinton as Big Brother, became a YouTube sensation in March, pundits were quick to declare the start of the first YouTube presidential campaign. From now on, ad man Bob Gardner told the San Francisco Chronicle, “every candidate will have to worry about some guy with a video camera and a Mac being able to do whatever he or she wants.” The Obama campaign was “probably calling their consultant and saying, ‘Why couldn’t you guys come up with something as brilliant?'”

As it turned out, there was barely one degree of separation between “Hillary 1984” and the Obama campaign: The ad’s creator, Phil de Vellis, was a strategist for Blue State Digital, an Internet outreach firm whose clients include Obama. De Vellis, who was fired after his cover was blown, says he did not work on the Obama account; neither the company nor the campaign knew about the video, he insists. “I knew it was very provocative,” he says. “Did I realize it was going to be such a big deal? No, I didn’t really realize that, obviously.”

Whatever de Vellis’ intentions, the episode was a reminder that political professionals still produce most campaign propaganda. And that means the classic TV attack ad, supplemented and invigorated by viral video, is not going away anytime soon.

Television is “perfect for political advertising,” says Advertising Age columnist and On the Media cohost Bob Garfield—in part because it allows candidates to target specific regions and demographics, and in part because it delivers a (somewhat) captive audience. On YouTube, he notes, “You have to opt in, and people are not going to opt in for the same kind of slimeball attack.” Former Virginia Senator George Allen’s “macaca” moment, last year’s YouTube milestone, “was good because it was a smoking-gun video,” Garfield says. “Those are going to flourish on the Internet. But nobody is going to opt in to see somebody’s legislative votes misrepresented in an attack ad—because why would you?”

Effectiveness aside, the main reason why TV attack ads will persist in ’08 is because entrenched interests make a lot of money on them: Political consultants usually work on commission, and the more TV ads they run, the more they are paid. The Center for Public Integrity found that in 2004, national campaigns spent nearly $2 billion on consultants—principally “those who create and place television advertising”—or about half of total campaign expenditures. John Brabender, who ran former Pennsylvania Senator Rick Santorum’s ad campaign last year, says that online spending “might have been 2 percent of the budget.” Insiders predict that only a slightly greater portion of the pie will be spent online in 2008.

Texting may have tipped recent elections in Spain and South Korea and has sparked mass rallies from Lebanon to China. Bono has enlisted more than 100,000 supporters of his ONE campaign by asking fans to text a code flashed on a screen during U2 concerts. But so far, Americans have been left behind when it comes to using cell phones to mobilize citizens.

Not that we’re not ready. Jed Alpert, founder of the cell-phone marketing group Mobile Commons, says that during a 2005 People for the American Way campaign, 50 to 55 percent of people asked via text message to contact their members of Congress responded, compared with only 25 to 30 percent of those alerted by email. “The goal is to move people up the civic fish ladder, from being interested to signing up,” says Julie Barko Germany, deputy director of the Institute for Politics, Democracy & the Internet. “Anything you can do to make that process easier for people, the better it is for you.”

What will change, says Brabender, is that commercials will increasingly look like online videos—embracing vérité footage, animation, photo manipulation, and a sharper sense of humor. (A Santorum spot in which the senator nonchalantly knocks out a professional wrestler was one of 2006’s fresher ads.) Brabender, who is now “talking with” three gop presidential hopefuls, also uses YouTube as a free focus group, uploading different versions of 30-second spots and monitoring comments and traffic. By the same token, the proliferation of online video does pose a threat to ad makers—by undermining their carefully crafted strategies. Campaigns “are about controlling your message,” says Erik Potholm of Stevens Reed Curcio & Potholm, the firm that made the anti-Kerry Swift Boat ads. On YouTube, “it seems like there’s something new out there every day,” Potholm told me ruefully, one day after his firm’s client John McCain was all over the Internet singing “bomb, bomb, bomb” Iran.

Granted, visual gotchas are nothing new. George Bush Sr.’s 1988 Dukakis-in-a-tank spot, another creation of Potholm’s partner Greg Stevens, exploited a macaca moment of its day. Perhaps, Garfield speculates, an explosion of YouTube gaffes will ultimately have a liberating effect: “Maybe politicians will realize that since they cannot control every word, thought, and action, they might actually have to be honest with themselves and everyone else.”

For now, he concedes, political operatives are mostly getting better at using new media for the same old tricks. “There is the risk of people putting abstract, filthy lies like the Swift Boat campaign on the Internet,” he says. “But that’s pretty much the status quo on TV. It’s not as though it can get a whole lot worse.”

henry jenkins
The video is becoming the modern equivalent of the campaign button—something you wear, you display on your blog to spread the message to your friends and neighbors.

david weinberger
Every embarrassing moment is going to be shown on the Internet, whether the candidate likes it or not. The ones that can’t deal with that are going to fail.

Bob Garfield
If I’ve got a cell phone, and a little bit of patience, I can catch somebody doing something that proves he’s a liar or a hypocrite or just a bad guy. We’ll see a rise in people getting totally caught being politicians, which will be fun, and probably pretty enlightening.

bill wasik
When people ask me “What do you think the political potential of flash mobs to be?” I say, “I don’t really think that there is one.” Flash mobs were an absurdist blip in a universe of social-networking phenomena that do have the power to be very revolutionary. That said, using cell phones to coordinate protests has allowed for decentralization, for people to organize. I wouldn’t call those flash mobs, because I hope they stay longer than 10 minutes; I hope they stay long enough to get the point.

Julie Barko Germany
Think about how easy it is to spread rumors online. You have your supporters spread them so that it looks like a very organic movement. But the blogosphere is a great group of detectives.

henry jenkins
The downside is that checks on negative campaigning break down completely, and that’s what we saw the last time with the Swift Boat Veterans: They went lower faster than any campaign would have been able to do on their own.

Jimmy Wales
In the past, when you’d see a vicious attack ad, you might find it distasteful, but you might also wonder if that person did that horrible thing. Online, you begin to see some of those things start to unravel, and people responding and saying, “Yeah, this is an attack ad, and this is what really happened.”

Howard Dean
YouTube is an extraordinary innovation that basically turned the U.S. Senate over to the Democrats. Would I have remixed the Dean Scream? Absolutely. If YouTube existed at the time, we would have had something out the next day, saying, “This is what really happened.”

Stealing your rival’s campaign signs is so old school. As politics moves online, so have the tricks of the trade:

Straight Talk?
The Trick: In March, John McCain’s MySpace page announced that he now supported gay marriage, especially “between passionate females.”
Whodunit: McCain’s MySpace page used a template and images hosted on Mike Davidson’s server without permission. Peeved, he doctored the image, which caused the gay-friendly message to appear on the senator’s page.
Last Laugh: “I didn’t hear anything from McCain,” says Davidson, ceo of Newsvine, “but I added him as a friend and he added me back.”

SkullDiggery
The Trick: Recently, 4 of the top 10 election stories on the news aggregator Digg were about perennial Libertarian presidential candidate Ron Paul.
Whodunit: Stories on Digg rise to prominence based on users’ votes (see “In Digg Nation“). An obsessed cadre “Diggs” almost anything Paul-related.
Last Laugh: A story noting the skewed selection disappeared from Digg, likely buried by Paulites steering the marketplace of ideas.

How to Make Friends
The Trick: This spring, more than 2.7 million people had viewed Barack Obama’s YouTube page. Hillary Clinton’s page had less than 79,000 views.
Whodunit: Popularity stats are easily gamed by setting a web browser to visit a site repeatedly, jacking up visitor counts.
Last Laugh: Beware page views as a reliable gauge of popularity.

Know Your Voter
The Trick: Last year, Minnesota voters were mailed a cd-rom that surveyed their views on gay marriage and other hot-button issues.
Whodunit: Spyware on the disc sent users’ answers to a gop contractor.
Last Laugh: The gop said it had warned users that the CD was “interactive.”

MySpace Invaders
The Trick: In May, Barack Obama’s MySpace friends fell by 93 percent.
Whodunit: Volunteer Joe Anthony, who had built Obama’s page two years ago, asked the Obama team to pay him $39,000. A turf battle ensued, with MySpace siding with Obama and taking the page away from Anthony. But the campaign was required to rebuild its friends list from scratch.
Last Laugh: Anthony cried foul, and the blogosphere drubbed Obama for mistreating the netroots.