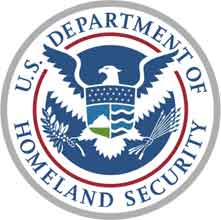 The Bush administration has gone to war, detained enemy combatants in Guantanamo, and let executive power run amok, all in the name of combating terrorism. Yet its real approach to protecting us from another 9/11 is best summed up in the words of its 2002 National Homeland Security Strategy, which declared that the federal government “should fund only those homeland security activities that are not supplied, or are inadequately supplied, in the market…[M]any homeland security activities, such as intelligence gathering and border security, are properly accomplished at the federal level.” In other words, airlines should improve their own screening methods, skyscraper tenants should develop their own evacuation plans, and the rest of us should stock up on duct tape.

Yet actually protecting the homeland demands actions that are ideologically abhorrent to most Republicans, and politically risky for either party, such as expanding federal regulation, increasing federal spending, hiring unionized federal workers, and facing down industries with powerful lobbies—from airlines and oil companies to the chemical industry. “Even though the most tempting targets for terrorists are those that can produce widespread economic and social disruption, the White House has declared that safeguarding the nation’s critical infrastructure is not a federal responsibility,” says Stephen Flynn, a former Coast Guard commander who now studies homeland security at the Council on Foreign Relations.

The ongoing threats to the lives of ordinary Americans have yet to emerge as a major issue in the 2008 presidential campaign. Bush’s proclamation on last year’s anniversary of 9/11 that “we are safer now” than we were before the attacks has been echoed not only by most of the Republican candidates, but by Senator Hillary Clinton during a Democratic debate on June 3. Her rivals promptly attacked her for what was perceived as her tacit approval of Bush’s foreign policy. But they had little to say about the host of critical safeguards against domestic terrorist attacks that, despite a few marginal improvements, remain terrifyingly lax.

Congressional Democrats have made a nominally more serious effort to address some of these threats. The party’s leadership made homeland security a key issue in the 2006 election, promising to enact all the reforms that had been proposed by the 9/11 Commission. Its recommendations, outlined in its July 2004 report, had been low priorities for the Republican Congress and the Bush administration (which had originally opposed the creation of the commission—and after acquiescing to its creation, starved it of funding, time, and information). A “report card” issued by former commission members in December 2005 gave the government D’s, F’s, or “incompletes” in half of the categories, and little additional progress was made in the following year. Rep. Bennie Thompson, the Mississippi Democrat who took over as chair of the House Homeland Security Committee in January 2007, told Mother Jones that Congress faces “a real challenge. The Bush administration talks tough, but when it comes to doing those things that absolutely have to take place for people to be secure, they leave a lot to be desired.” In many vital areas, Thompson said, we are “flying by the seat of our pants.”

Thompson claims that under his leadership, his committee has become “more aggressive,” scheduling hearings with real “subpoena power” and giving its subcommittee chairpersons new latitude to pursue tough investigations. But P. J. Crowley, a homeland security expert at the Center for American Progress, said that the current committee structure in Congress makes a comprehensive approach to domestic security matters difficult. In the past, some 80 different committees and subcommittees have had a hand in homeland security. House majority leader Nancy Pelosi has cut that number down to 55. But the feuding and jockeying for power remains intense—so much so, Crowley says, that drinking water and wastewater, for example, have been exempted from security measures passed by Congress because “committees that do environmental issues didn’t want to cede these issues to [those that do] homeland security.”

In one of her first moves after the Democrats took charge of Congress last fall, Pelosi pushed a set of reforms known as the Implementing the 9/11 Commission Recommendations Act of 2007 through the House without debate. Shortly thereafter, the Senate passed its own version of the bill, the Improving America’s Security Act. However, a compromise version of the measure was predictably delayed by committee haggling, and again by a provision authorizing airport security workers to join unions, which President Bush promised to veto. The provision was dropped and the bill was passed and signed by the president just before Congress recessed for the summer.

Democrats tried to make political hay over the moment. Democratic National Committee chairman Howard Dean crowed, “Today Democrats did what President Bush and Republicans refused to do…. It’s no wonder that Americans trust Democrats more than Republicans to keep them safe.” On the House floor, Pelosi proclaimed, “With this bill, we’ll be keeping our promises to the families of 9/11. We’ll be honoring the work of the 9/11 Commission; and we’ll be making the American people safer.”

Well, maybe. The legislation sets a five-year deadline for the screening of all ship containers coming into the United States, but it also allows the secretary of Homeland Security to extend the deadline in two-year increments. The law orders all cargo carried on a passenger aircraft to be screened—not by people but by machines, which to date are imperfect at best. It aims to create a communications system linking federal, state, and local officials in real time. And it calls for homeland security grants to the states to be distributed on the basis of risk—so, in theory, New York would receive more money than, say, North Dakota. But actually funding and implementing the program requires the approval of congressional appropriations committees.

Relative to what’s truly at stake, the new legislation calls for only a fraction of what is needed, both in terms of funding and regulatory muscle. Yet its basic provisions show some appreciation of the fundamental truths underlying homeland security. First, future attacks on the United States in all likelihood will be aimed at basic infrastructure—bridges, tunnels, rail lines, and ports in heavily populated areas. Second, the federal government lacks a plan, much less an actual system, for protecting these targets. Third, there has been only minimal progress at the federal level in setting standards, building communication networks, or providing adequate risk-based funding that would enable local governments and the private sector to improve their security measures. And finally, what happens in the event of an attack—how many live and how many die—depends not on the federal government or the military, but largely on local first responders and emergency management operations.

Yet six years after 9/11, most first responders still lack the resources and equipment they need to save lives. As Flynn points out, emergency providers are unlikely to have any backup for the first 12 to 24 hours following an attack. (And with so much of the National Guard overseas, they may have little backup even after a day.) Fire departments have enough radios for only half their shifts, and only a third of the needed breathing apparatuses. Emergency medical technicians don’t have the equipment to tell what chemical or biological agent was used in an attack. And police officers do not have protective gear they’d need to secure the site of a chemical or biological attack.

Tomorrow: The first in a review of four of the most deadly, yet least talked about, potential terrorist targets.