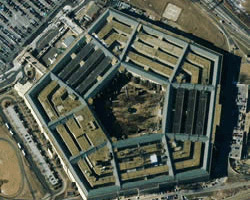 For the Pentagon, telling the American public how much has been spent on the wars in Afghanistan and Iraq is fundamental to its effort to garner (and maintain) public and congressional support for these ongoing military operations. It should be a simple question. It isn’t.

In late July, for instance, the Department of Defense (DOD) reported to Congress that the war in Afghanistan had cost $78.1 billion; the seeming precision of the decimal point notwithstanding, the number is laughably inaccurate. Here’s why: The figure accounts for DOD “obligations” as of May 2007, which doesn’t include congressional appropriations or the amount the Pentagon has actually spent. Instead, the agency describes obligations, vaguely, as “orders placed, contracts awarded, services received, or similar transactions… that will require payments….” In short, obligations are simply what the Pentagon thinks it might spend. In terms of its obligations for Afghanistan going as far back as 2001, the agency has muddied the waters even further, making no effort to document what was actually spent. In addition, the estimates the DOD attributes to Afghanistan are not just for Afghanistan, but for Operation Enduring Freedom as a whole, which also includes military operations in the Horn of Africa, the Philippines, and “elsewhere” (to use the Pentagon’s term). To date, the Defense Department has not informed the public, or apparently even Congress, how those costs break down.

Also neglected from the Pentagon’s accounting of its war spending are fund transfers from annual appropriations that derive from the non-war segment of the DOD’s budget. These could total as much as $7 billion for both Iraq and Afghanistan. There is also an additional $5.5 billion that analysts at the Congressional Research Services (CRS) believe was made available for expenditures in Iraq and Afghanistan, but which no one has been able to track.

And that’s really just the tip of the iceberg. The Defense Department’s figures also fail to include expenditures on classified intelligence activities, which CRS has pegged at about $27 billion for Iraq and Afghanistan, or the costs incurred by the State Department or the Veterans Administration (VA). For the later agency, the cost to care for veterans of Iraq and Afghanistan is only beginning to accrue. In the end, it will total many billions of dollars.

All told, funding for Iraq and Afghanistan has included large amounts that have little or no real relationship to the wars. This spending includes appropriations for the C-17, C-130J, and V-22, among other aircraft that are unlikely to see the skies over either theater unless the wars are still raging three to five years from now (when these aircraft are slated to roll off their respective production lines). Several billion dollars have also been requested to fund the Army’s reorganization into “modular” brigades—a plan that precedes the wars by several years and that would be funded without them. Despite its tenuous relationship to ongoing military operations, this and other problematic spending has all appeared in Congress’ “emergency” appropriations for the wars and, thus, should be included in the accounting of the funding for them.

As it stands, the Pentagon has virtually assured that an accurate tally of war spending will remain unknowable. It has combined whatever records it retains detailing money spent in Iraq and Afghanistan with those documenting expenditures for all other DOD purposes, making it impossible to separate and identify the amount actually spent on the wars.

Surveying this fiscal junkyard in its May 18 report to Congress, the Government Accountability Office, whose auditors are well practiced in understatement, determined DOD’s spending data on the wars “to be of questionable reliability” and reported that the Pentagon’s figures “should be considered approximations.”

Rather than simply curse the darkness, CRS has attempted to sort through the morass to create an estimate of war spending since 9/11. The CRS study, comprehensive though it is, remains just an approximation, but it shows the Pentagon’s accounting of its spending is so full of holes and misinformation that it has no credibility. For instance, while the Pentagon pegs the cost of the war in Afghanistan at $78.1 billion, CRS estimates that $126.7 billion has been appropriated (not counting an additional $30.8 billion that’s been requested for fiscal year 2008).

Sun Tzu, the Chinese military philosopher who authored The Art of War, a text written during the 6th century B.C. that remains widely read by military strategists, once said: “If you know others and know yourself, you will not be imperiled in a hundred battles; if you do not know others but know yourself, you win one and lose one; if you do not know others and do not know yourself, you will be imperiled in every single battle.”
Even with the help of CRS’ analysis, our knowledge of a fundamental element of the wars in Afghanistan and Iraq—their cost—is quite imperfect. Based on Sun Tzu’s prescription, it would appear that one of the biggest impediments to a favorable outcome in both wars is the lack of information provided to Congress and the nation by the Pentagon.