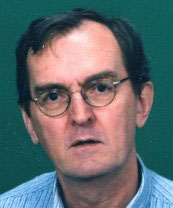 I don’t normally troll conservative blogs to find and comment on the most outrageous things I find. But when it comes to immigration, National Review writer John Derbyshire really gets under my skin. Maybe it’s the thinly veiled argument that blacks are genetically inferior to whites, or maybe its the insistence that maintaining “ethnic balance” is a justification for limiting immigration, legal and illegal. (Or maybe it’s a leftover sense of nausea from when Derbyshire blamed the victims of the Virginia Tech shooting for their own deaths.)

No matter what the reason, Derbyshire isn’t in Coulter territory. He may be shrill, and there may be a sly knowingness in his inflammatory statements, but he writes for one of the leading intellectual journals of the right and must be taken seriously. So I had to point this blog post from The Corner:

Incidentally, while hobnobbing with those Midwesterners at Storm Lake, Iowa—their surnames mostly taken from the Stockholm, Oslo, and Berlin phone books—I heard a couple of times the remark that in this little corner of rural Iowa, the student body in the schools is half Hispanic. The remark was passed in a polite, diffident and non-condemnatory way—of course! this is Iowa—and when I tried to probe, people just retreated into niceness (“These Mexican restaurants are really great!”)

Still, I found it hard to believe, surrounded as I was by Lundqvists and Muellers. In an idle moment, however, I looked up the stats on GreatSchools.net. Sure enough, the “Student Stats” on GreatSchools for Storm Lake show percentages Hispanic as:

Say what you like, that is truly an invasion. Why on earth are we letting this happen?

Why are we letting WHAT happen? Why are we letting the racial demographics of the nation change, as they have for hundreds of years? There is no indication that the Hispanic students Derbyshire references are in this country illegally, though I’d bet Derbyshire assumes they are. He is, in essence, objecting to the presence of people of a different national origin (or a different race) in high numbers. That’s it.

This shouldn’t have to be said: As a nation we have agreed to let this happen. Through our laws, our attitudes, and the inscriptions we allow to be placed on our most famous national symbols, we have decided that we are a free nation that allows people from elsewhere to come and share in our success. That’s what makes America America, not the fact that a majority of our residents look like John Derbyshire.

But that’s not all.

What really gets me are three things:

(1) Derbyshire assumes that the Iowans he’s spoken with are hiding their distaste with the situation, when in reality, there’s no evidence to suggest this. He pushed them—repeatedly, from his description—to express some unhappiness with the high number of Hispanic students, and they never did. They obviously aren’t quite as anti-immigrant as Derbyshire.

(2) Derbyshire is himself an immigrant! He moved here from England and became a U.S. citizen in 2002. By his own admission, he was once an illegal immigrant! He, better than most, knows the opportunity life in America can afford, even when it is ill-begotten. Yet, he objects when that opportunity is given to anyone other than him (or anyone who doesn’t look like him), whether they are here legally or illegally.

(3) I went to a high school that was a majority-minority school. In his post, Derbyshire calls the Iowa schools “Aztlan North.” If you wanted (because you were a xenophobe), you could have called my high school “Beijing West.” The statistics on this site say that my high school was 72 percent Asian the year before I graduated, which sounds about right. And you know what? It was awesome. My experience was richer as a result. The presence of immigrants and the children of immigrants gave students of every race perspective and cultural understanding, and imbued the whole school with the work ethic that immigrants, grateful for the opportunity I mentioned above, often bring with them to this country.

So as a graduate from a school that mirrors the ones John Derbyshire is so horrified by, I’ll be the first to say I’m glad that, as a country, we let “this” happen.